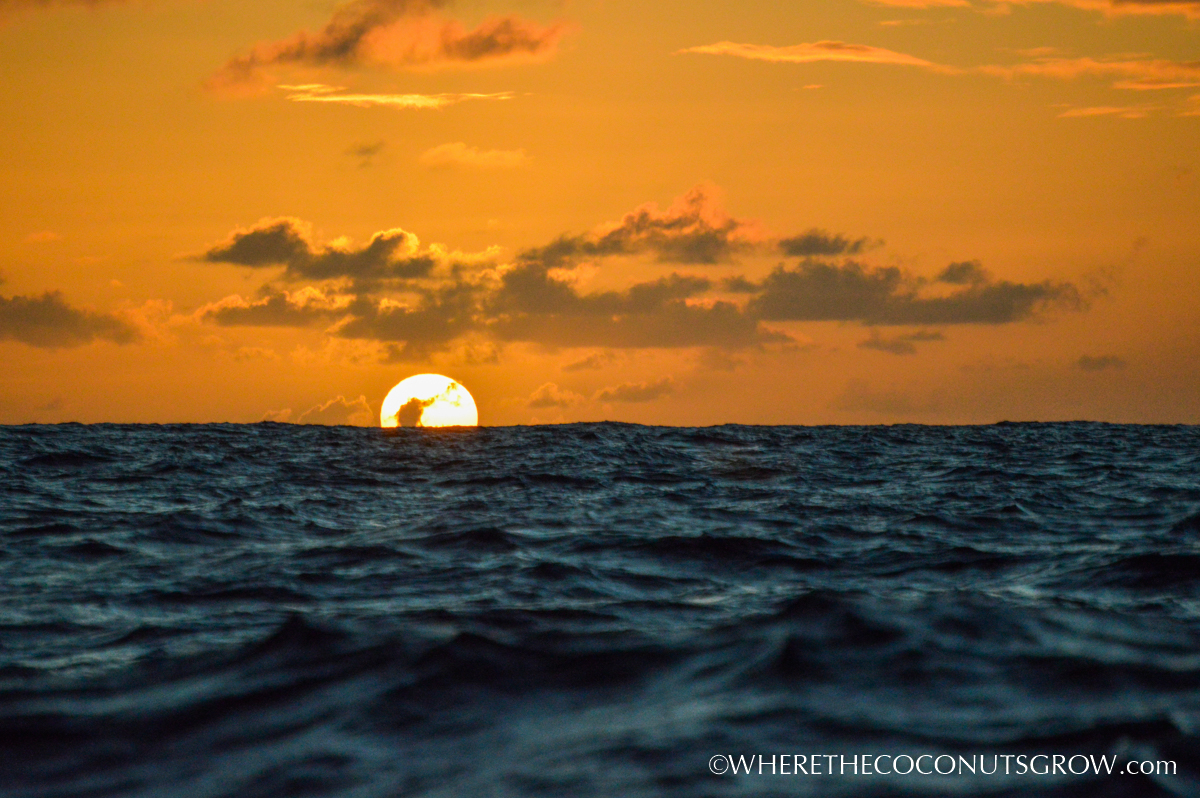 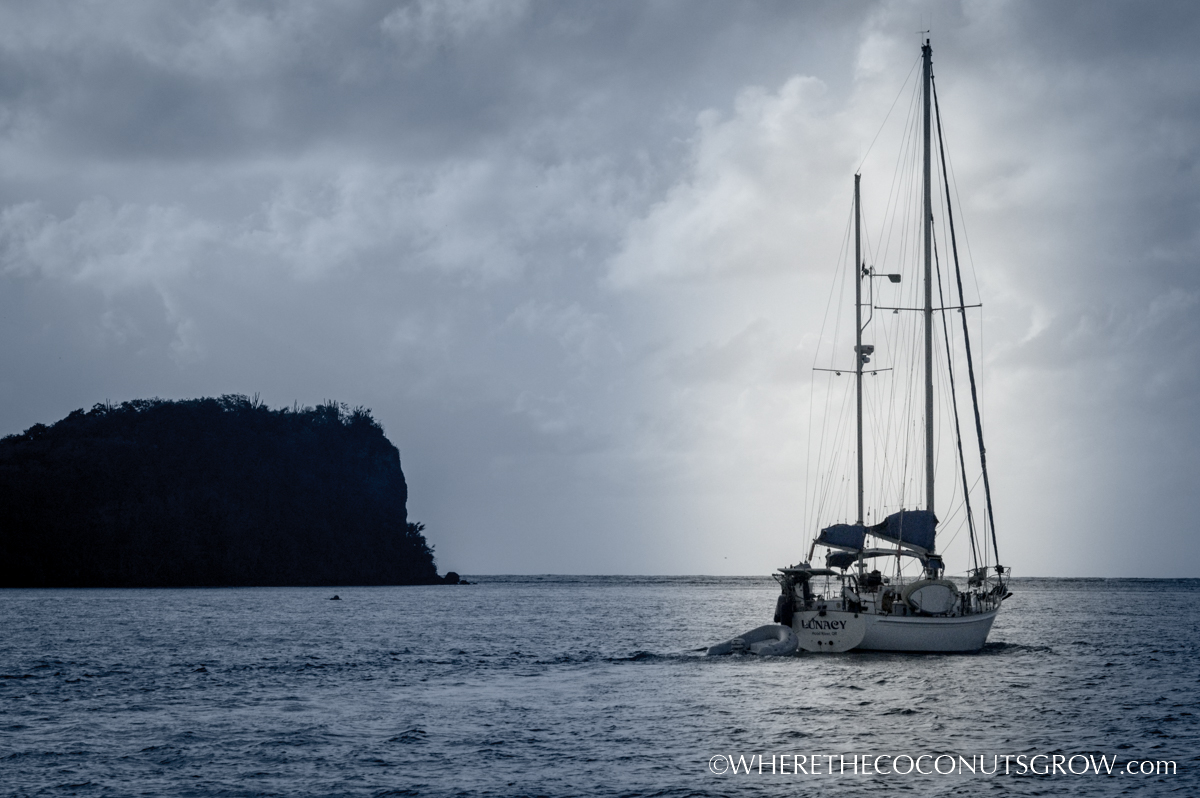 I know, I know, I’m terribly behind in sharing with you all what we’ve been up to the last six months. I’ve been a bit more active on Facebook but it’s time I catch up here on the blog. Lets step back in time a bit…

It was the end of November when we decided to pack up and leave our cozy little anchorage as we waved ‘Goodbye Grenada’. Our friend Steve on Lunacy was aiming for the same weather window we were to head North before the Christmas Winds arrived, though he took off a few days before us (pictured above). He knew it would be a little rough but preferred to have enough wind to sail the entire way and not have to motor as long as he could help it. We, on the other hand, preferred to wait for slightly calmer waters.

Instead of island hopping up the chain, we plotted a course straight to USVI from Grenada. The first day offshore was a bit uncomfortable, but we had been through worse. Eventually the wind and waves subsided and we motor-sailed the rest of the way in the light and variable winds. Could we have handled the rougher conditions that Steve experienced and used less fuel? Sure. Did we want to put the stress on our boat and on ourselves? No. Because we have dogs on board, rough conditions make it very challenging to take the dogs potty on deck and to simply make sure they’re safe. Gunner is getting older and we agreed it would be better for all of us if we took it easy. 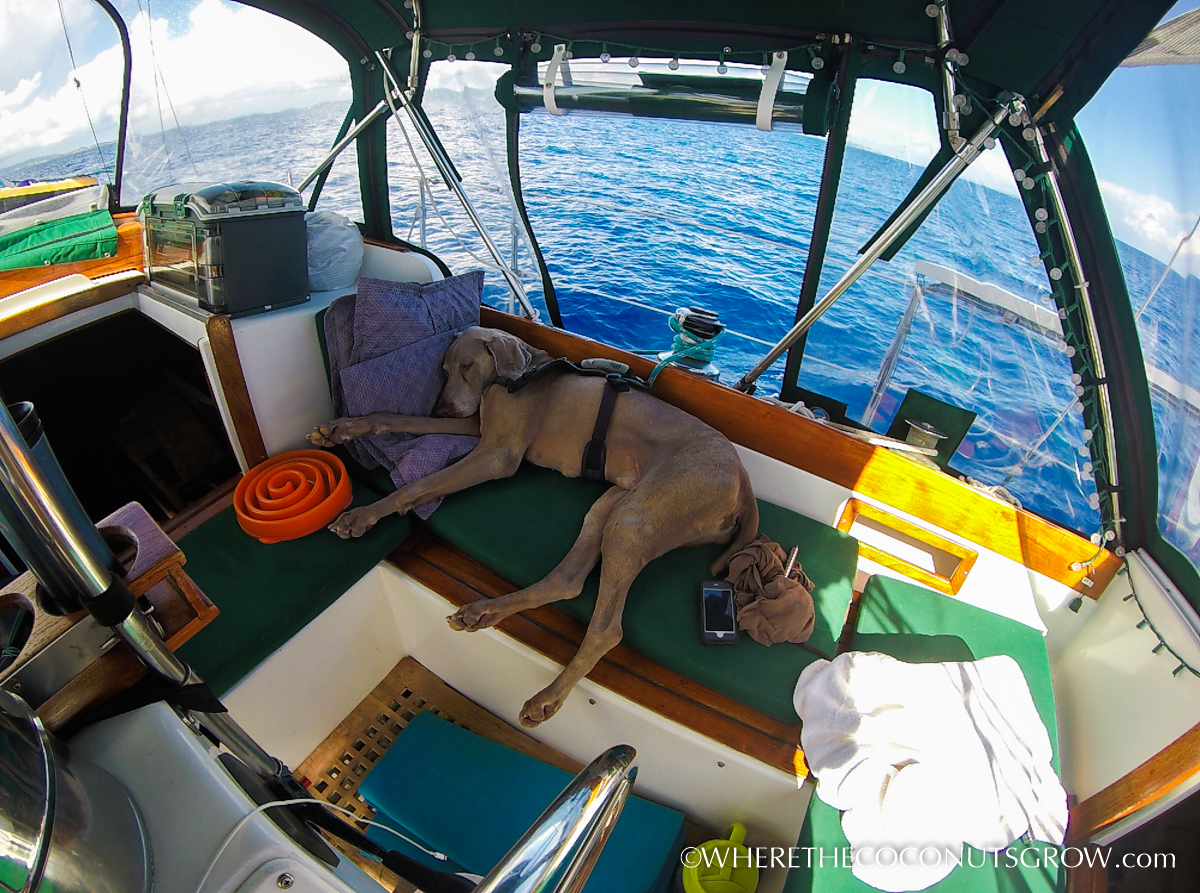 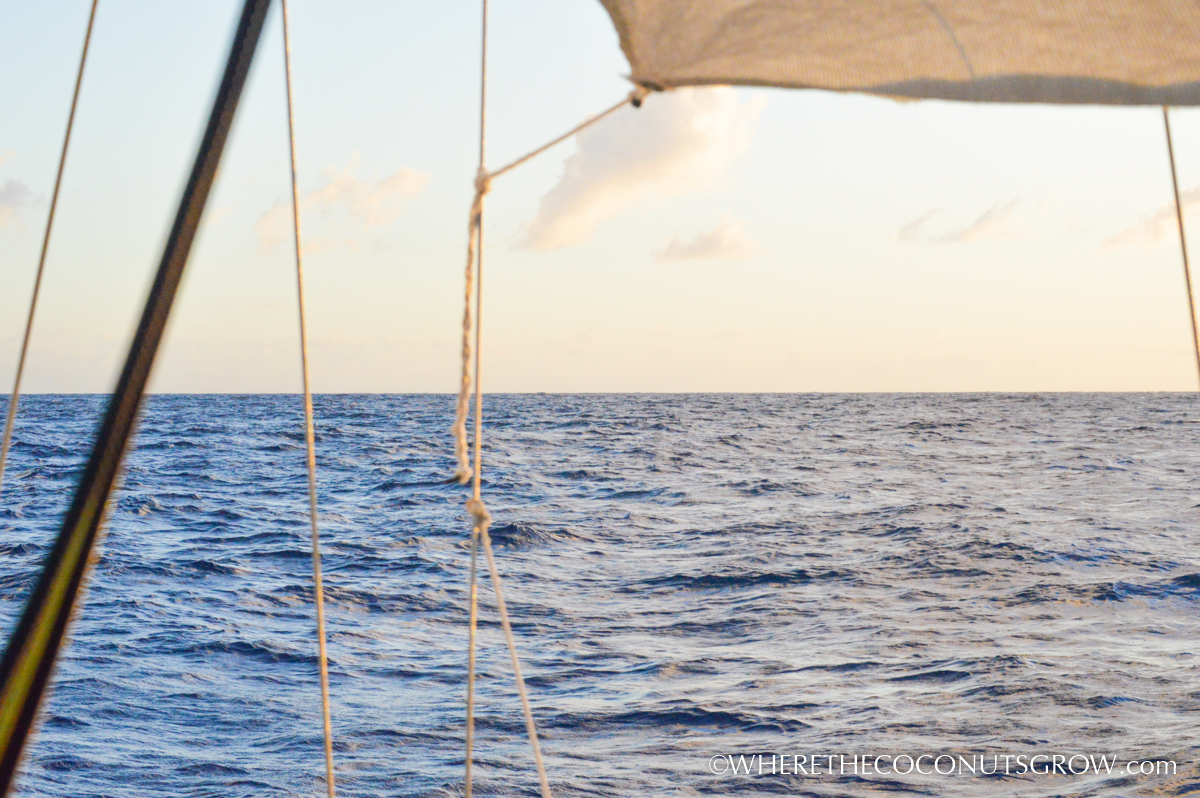 It was just us and the ocean. All alone. We were maybe 100nm away at most from any land though it felt as if we were in the middle of nowhere. After living in Grenada for a solid 4 months it was really strange to be on a passage again. Only this time, we felt at home. It was a new experience in the sense that it was our longest offshore passage to date, though we knew what to expect and we were prepared in a way that we hadn’t been before. A little bit of experience goes a long way. 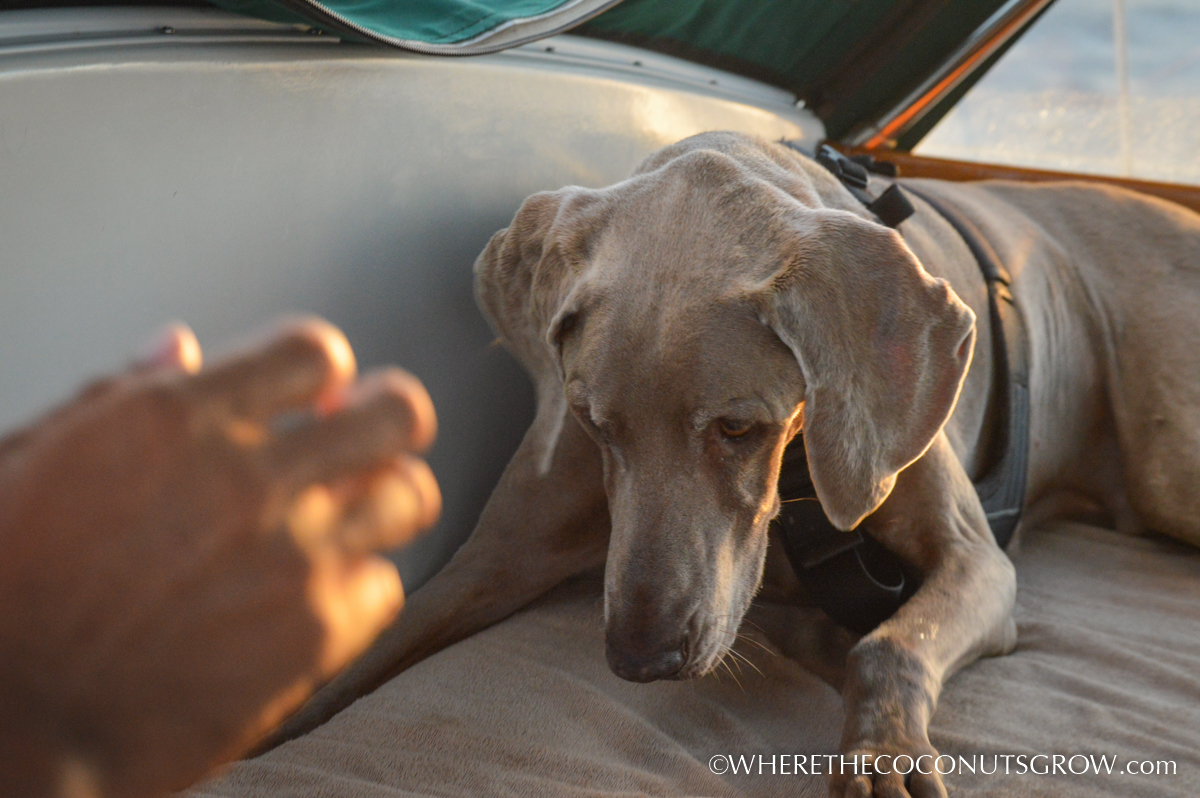 I had made a few ziplocks full of popcorn to snack on and the dogs sure were happy to share. It’s been Gunner’s favorite treat since he was a puppy so he was pretty excited when Peter kept tossing him some as we leisurely cruised along.

We saw gorgeous sunsets and sunrises, each with new palettes of colors painting the entire sky.

We saw The Green Flash and even captured it on camera a few times… Can you see it? Look close. 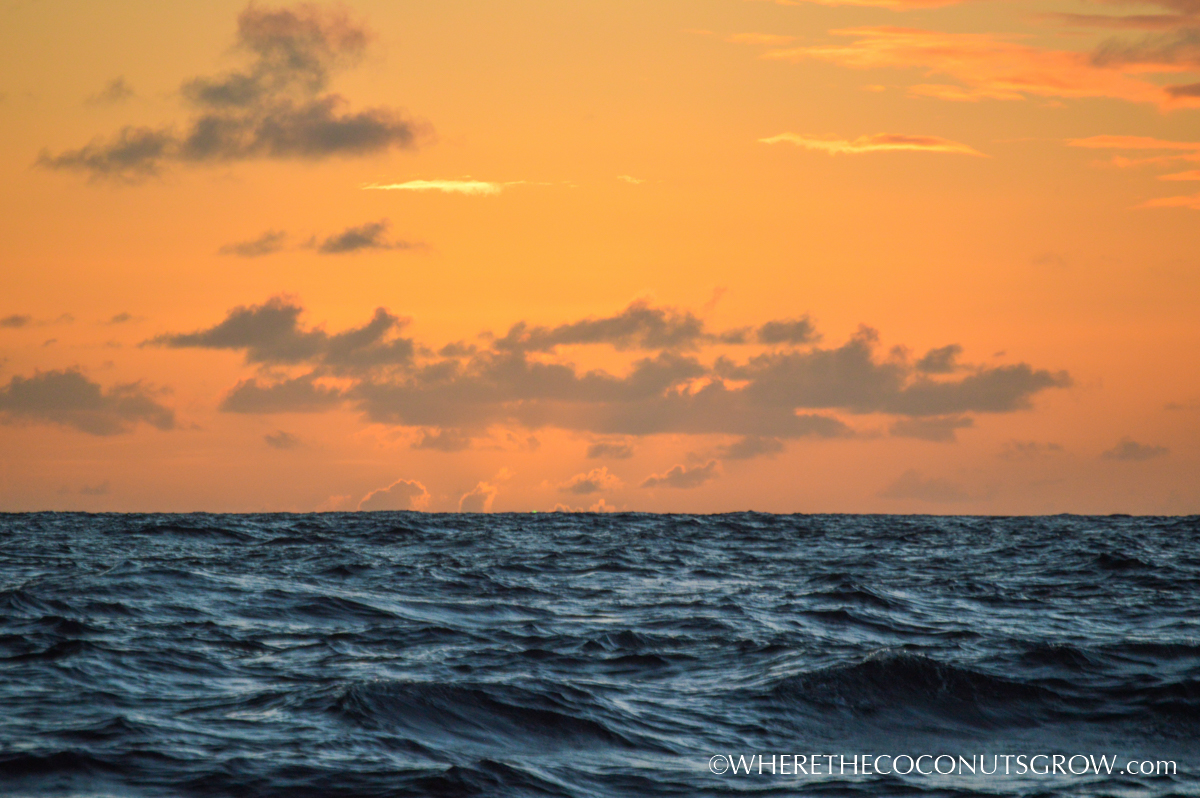 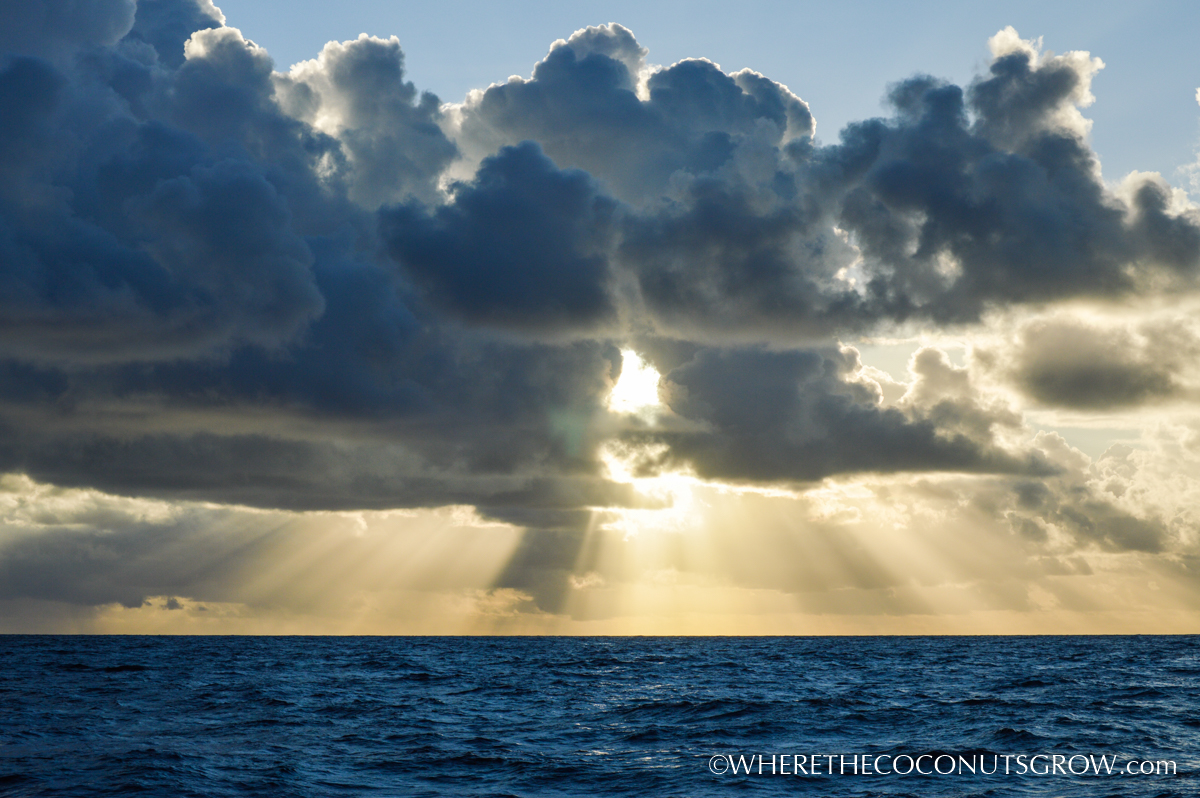 Before we knew it, three and a half days had passed by and we were sailing into the US Virgin Islands. We passed by St. Croix and headed for Great St. James Island. Little did we know, Christmas Cove would be our home for the next six months.

We are currently STILL sitting in Christmas Cove and preparing to had back down island for Hurricane Season. Stay tuned for photos of all the friends and family that came down to visit and kept us busy during the last six months!

Have you ever seen a FOOD BOAT? Check out PIZZA PI, the hottest pizza joint in the Virgin Islands! 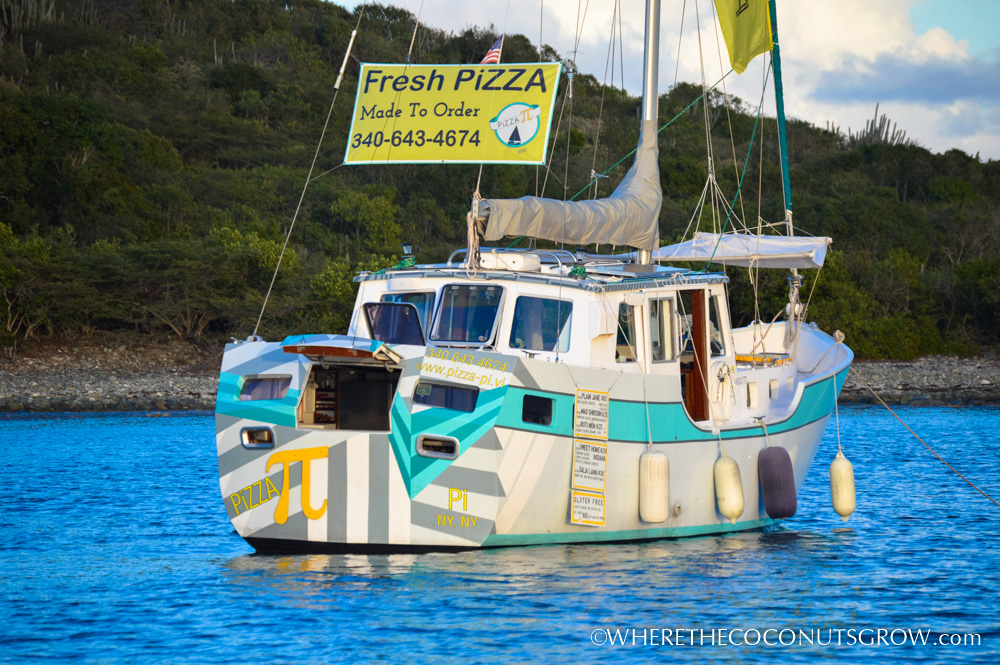 Not only is it a super cute floating home, but our friends Sasha and Tara have built this boat from the inside out to serve fresh, made-to-order NY-style pizza!

Click over to my article on Tiny House Blog to see all the photos and hear their story… click HERE. 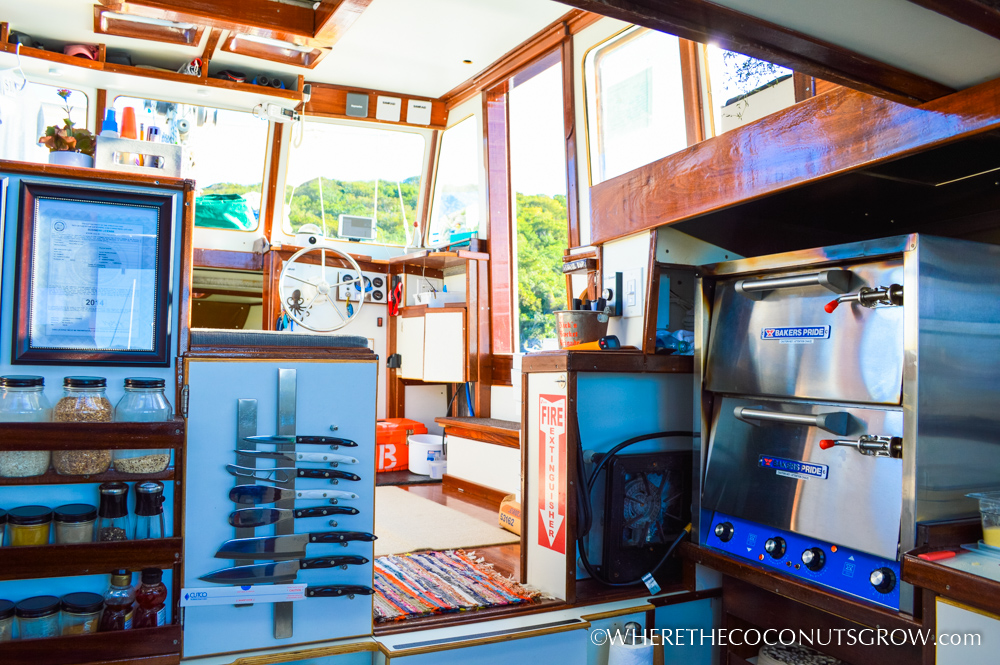 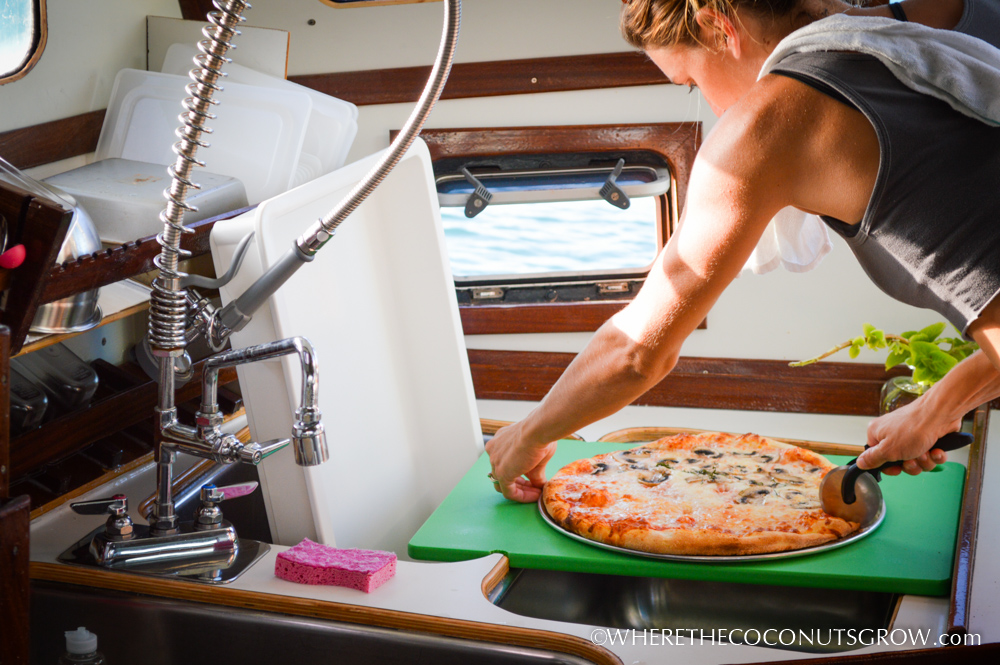