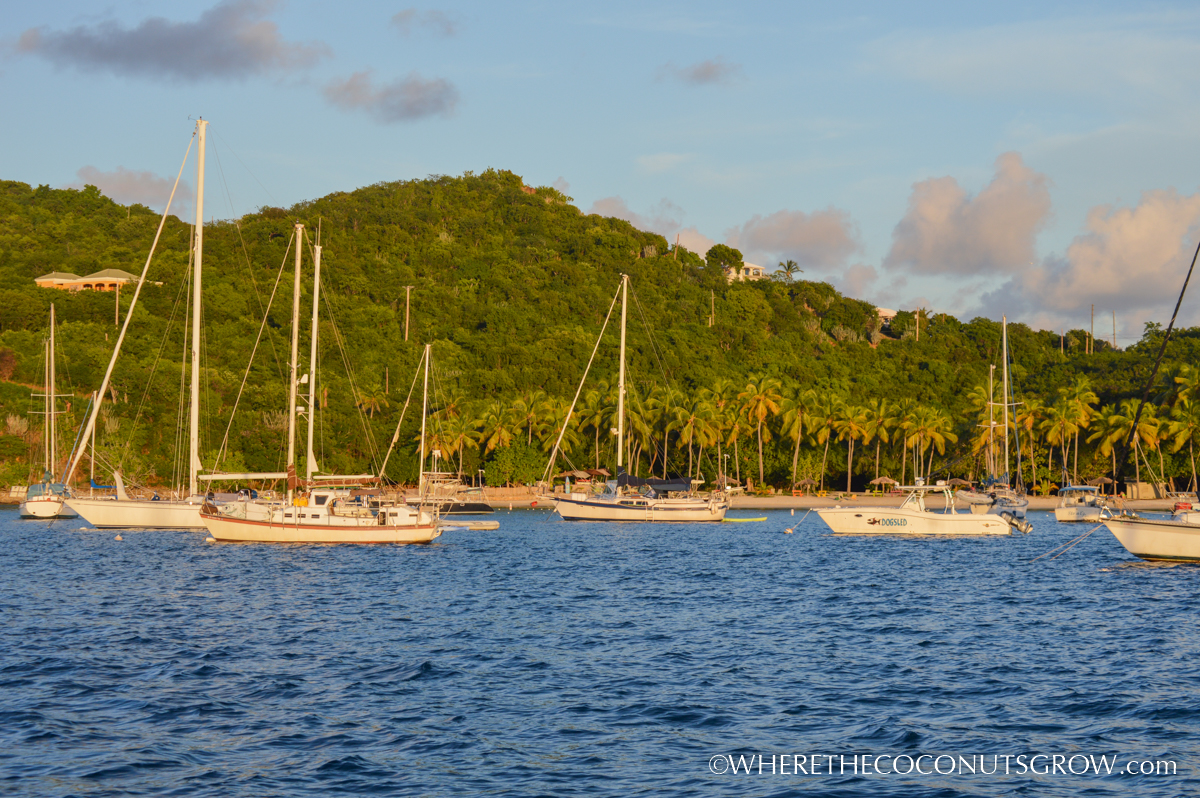 After our 3 and a half-day passage North from Grenada to the US Virgin Islands, we spent a few days relaxing in Christmas Cove before sailing off again for more adventures.

Peter and I had both heard that St. Thomas wasn’t going to be terribly exciting to see, though there were a couple places we shouldn’t miss. Honeymoon Bay off Water Island was one of those places. It’s an idyllic little cove with umbrellas and bright colored chairs strewn across the palm tree lined beach. We also heard there is a movie night held on Mondays where they project against canvas tied up between the palm trees. Though we never made it to shore, the view from the anchorage was perfect.

After a couple nights, the swell direction changed and it wasn’t just ferry wakes rocking us ragged. The constant swell wrapping around the point was enough for us to move. 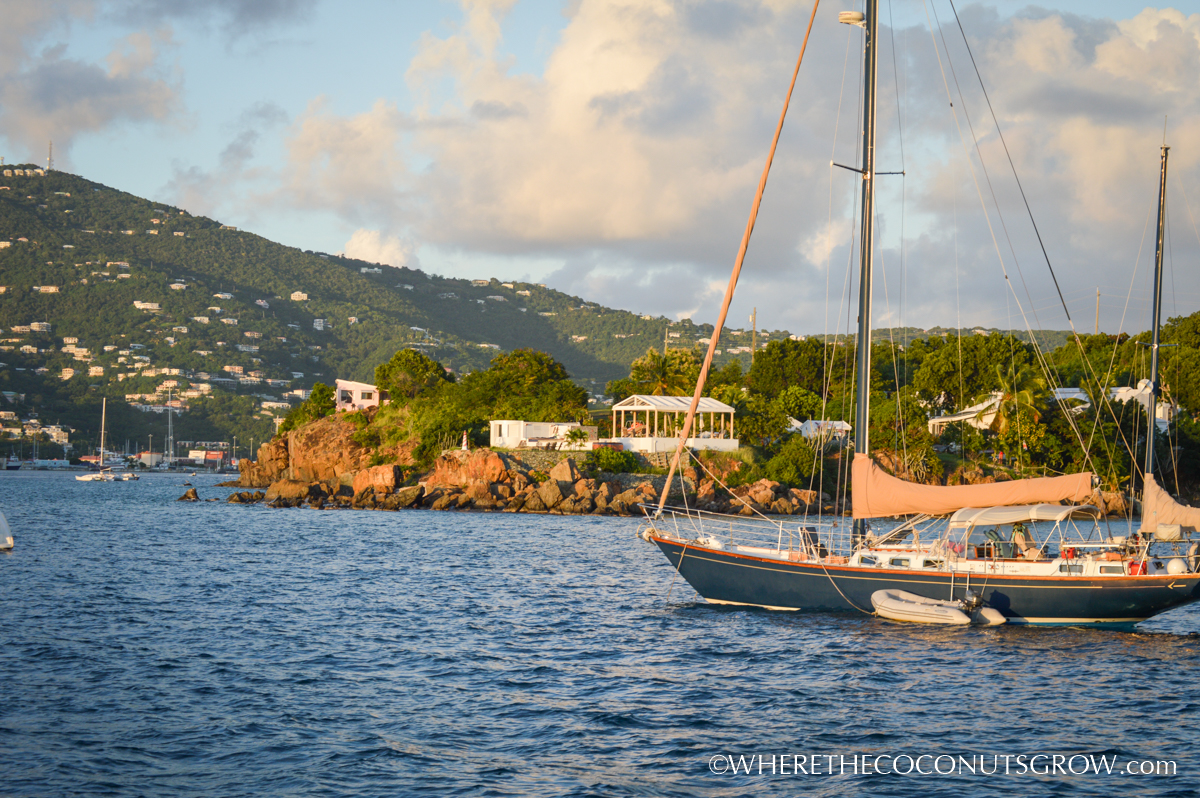 We couldn’t leave, however, without taking a long dinghy ride out to some snorkeling spots to hunt for lobster. Much of the US Virgin Islands are protected either by National Park or Marine Preserve where there are restrictions on fishing and lobstering. It’s tricky to find places that aren’t protected, though there are a few. Leave it to the Lobbie Whisperer to find them…

We set up our hookah dive compressor, The Air Line, and jumped in. 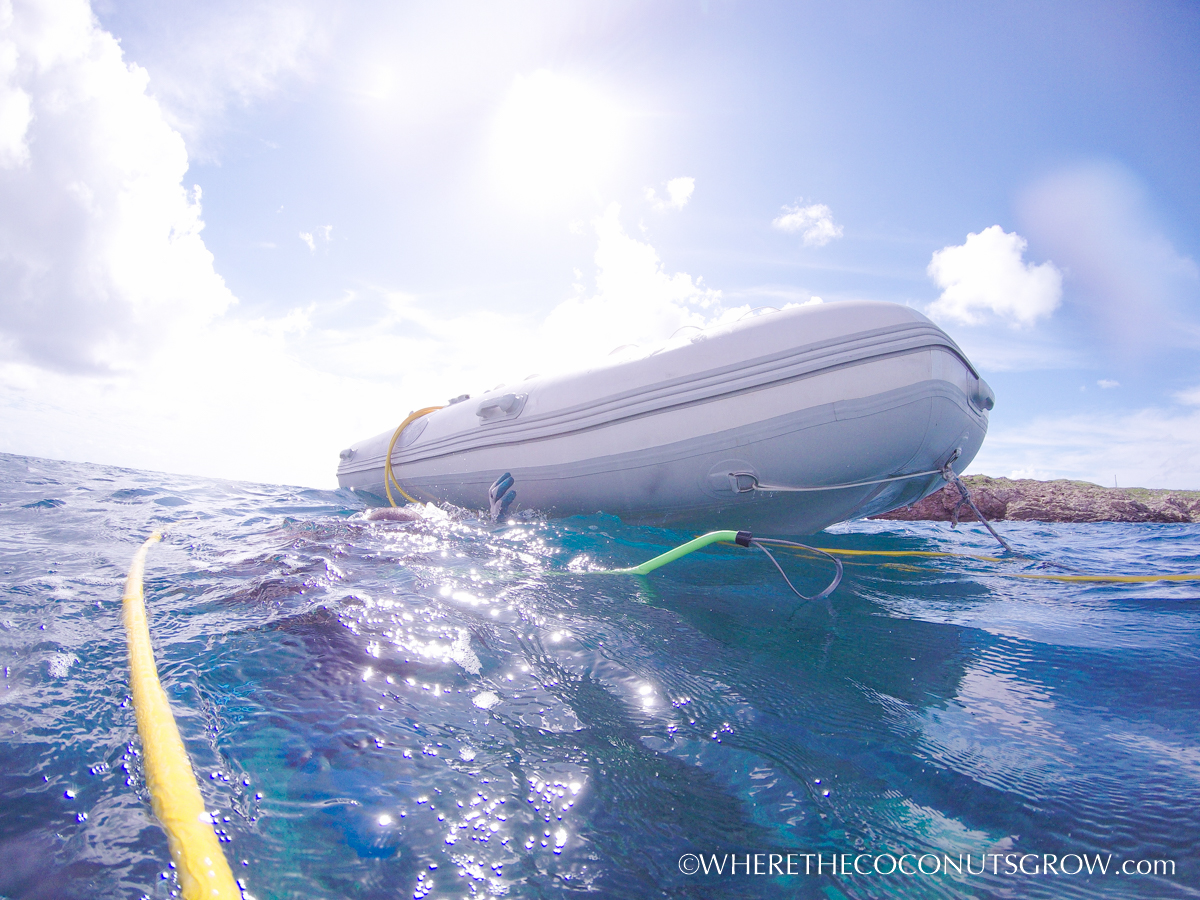 Just under the surface we saw a little nurse shark. They’re fun to see because in the day they are usually resting. I’d much rather see one of these little guys than a bull shark or huge Caribbean reef shark! 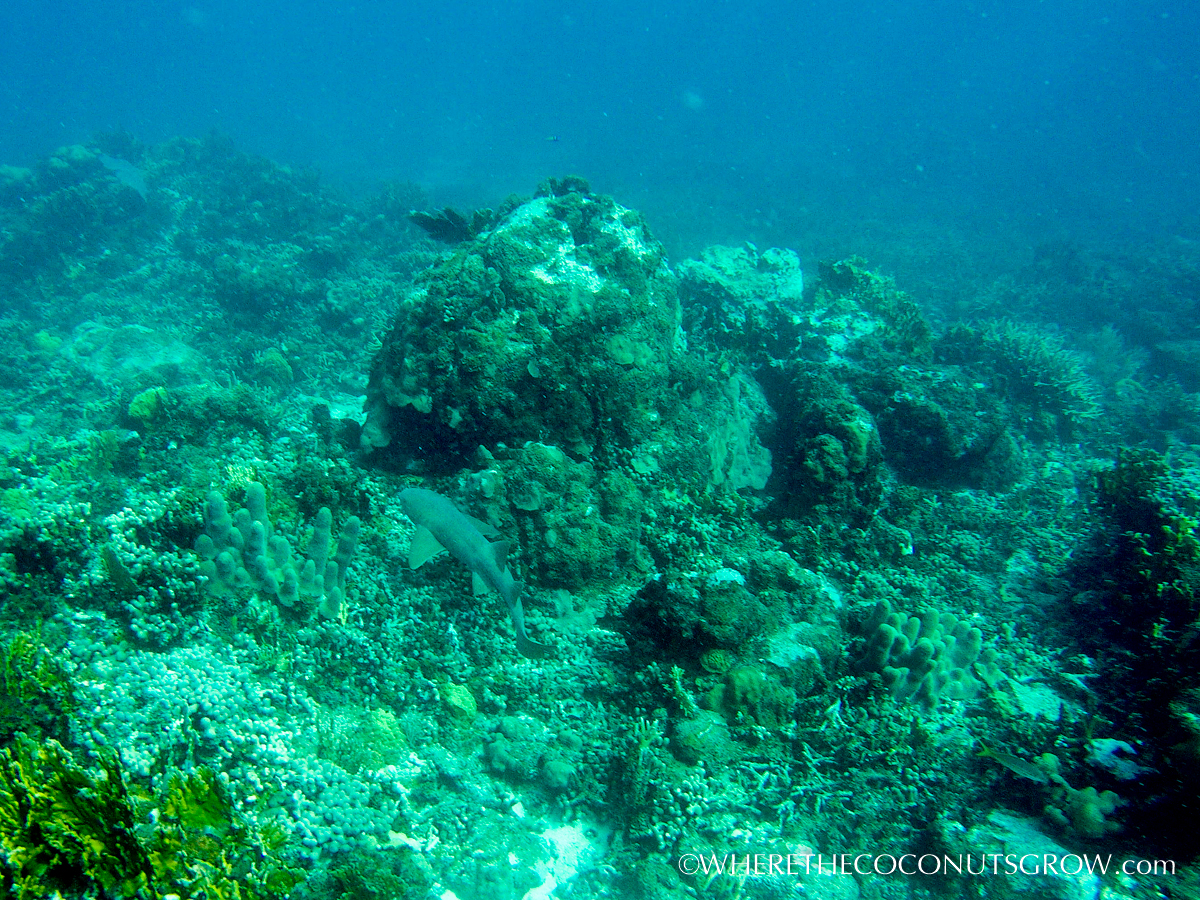 Within minutes, Peter spotted a hole with four or five lobsters poking their antennae out, almost as if to say, “Pick me! Pick me!”

For those of you wondering what Peter is holding, it’s a snare. In the USVI you are not allowed to spear lobster with a gun or a pole spear, you can only catch them by hand or with a snare. This ensures that if you pull out a female with eggs or one that is too small, you can safely let it go. With a spear, you often don’t find out there are eggs until its too late.

Hunting lobster is truly an art and Peter has mastered it beautifully. 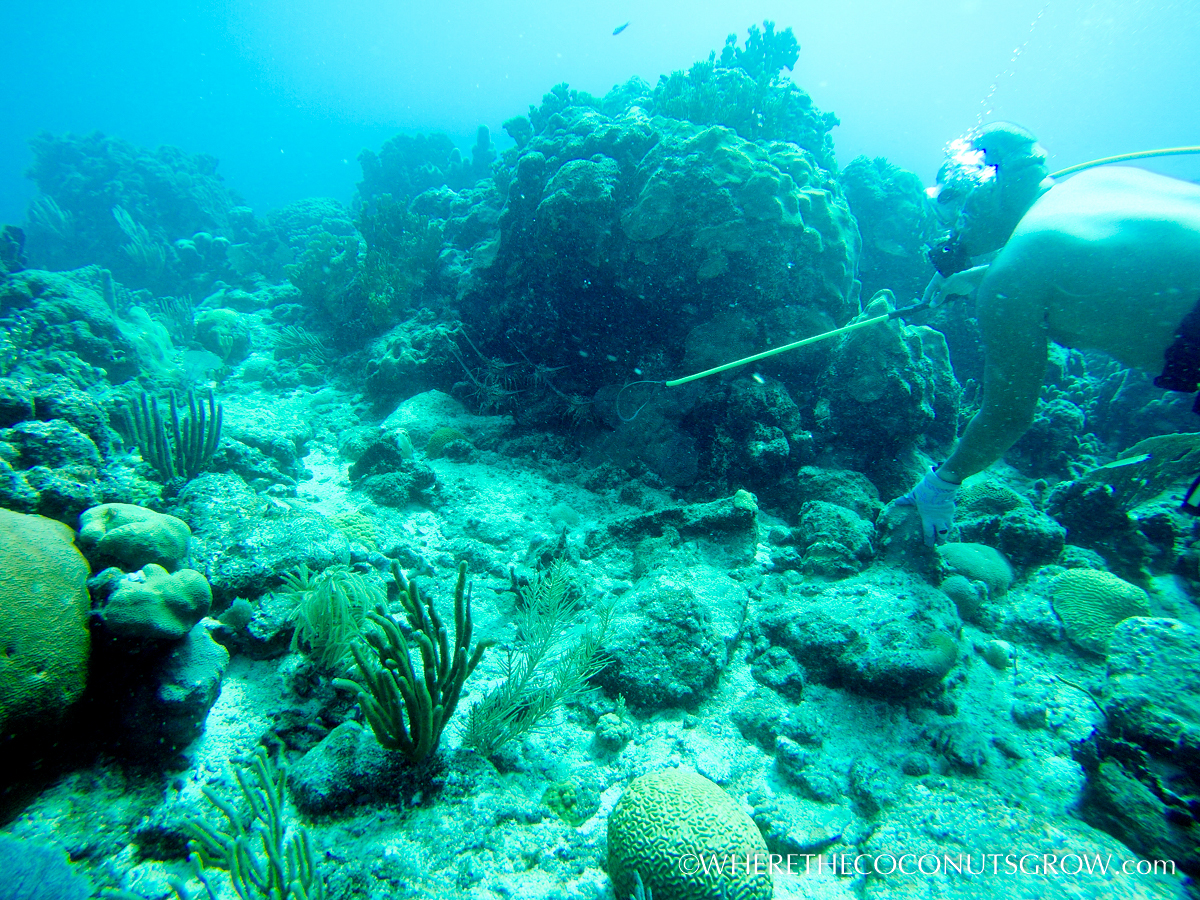 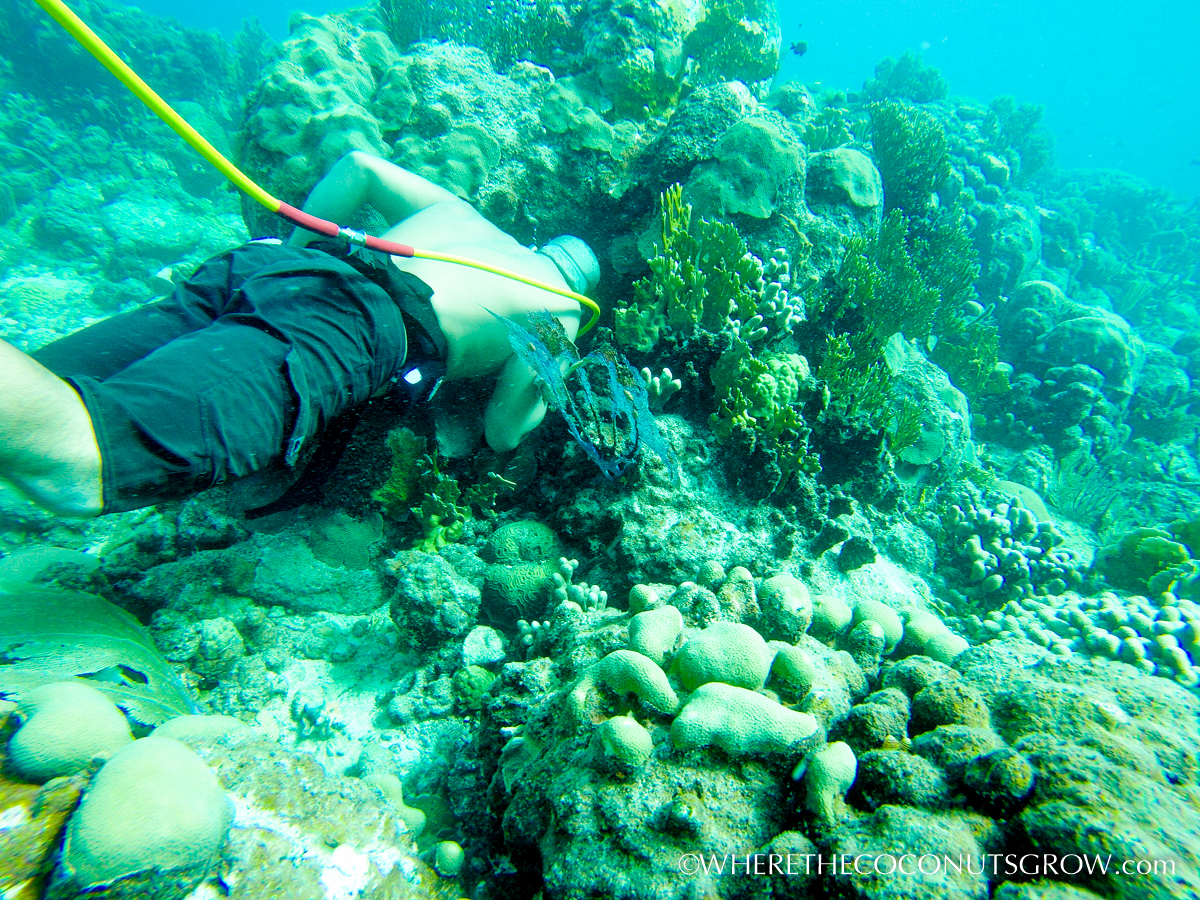 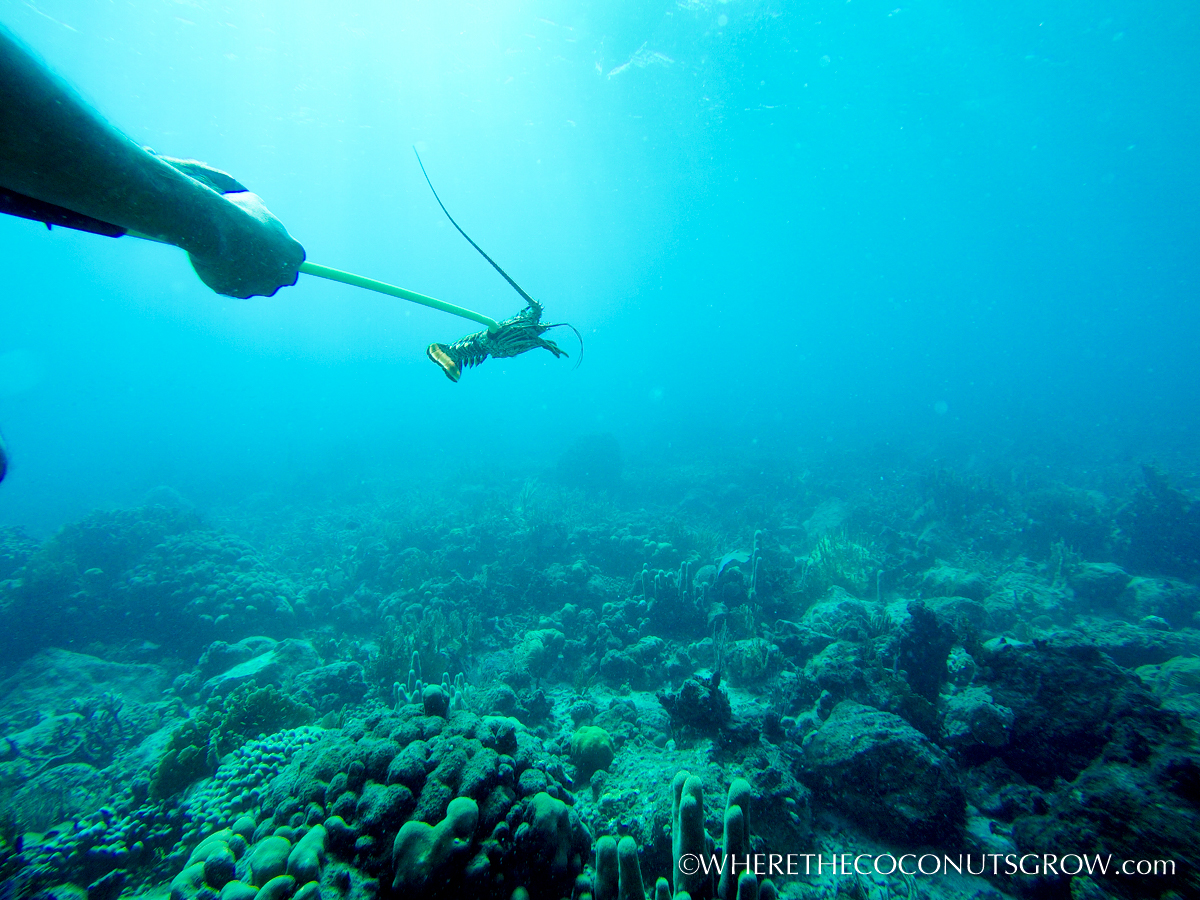 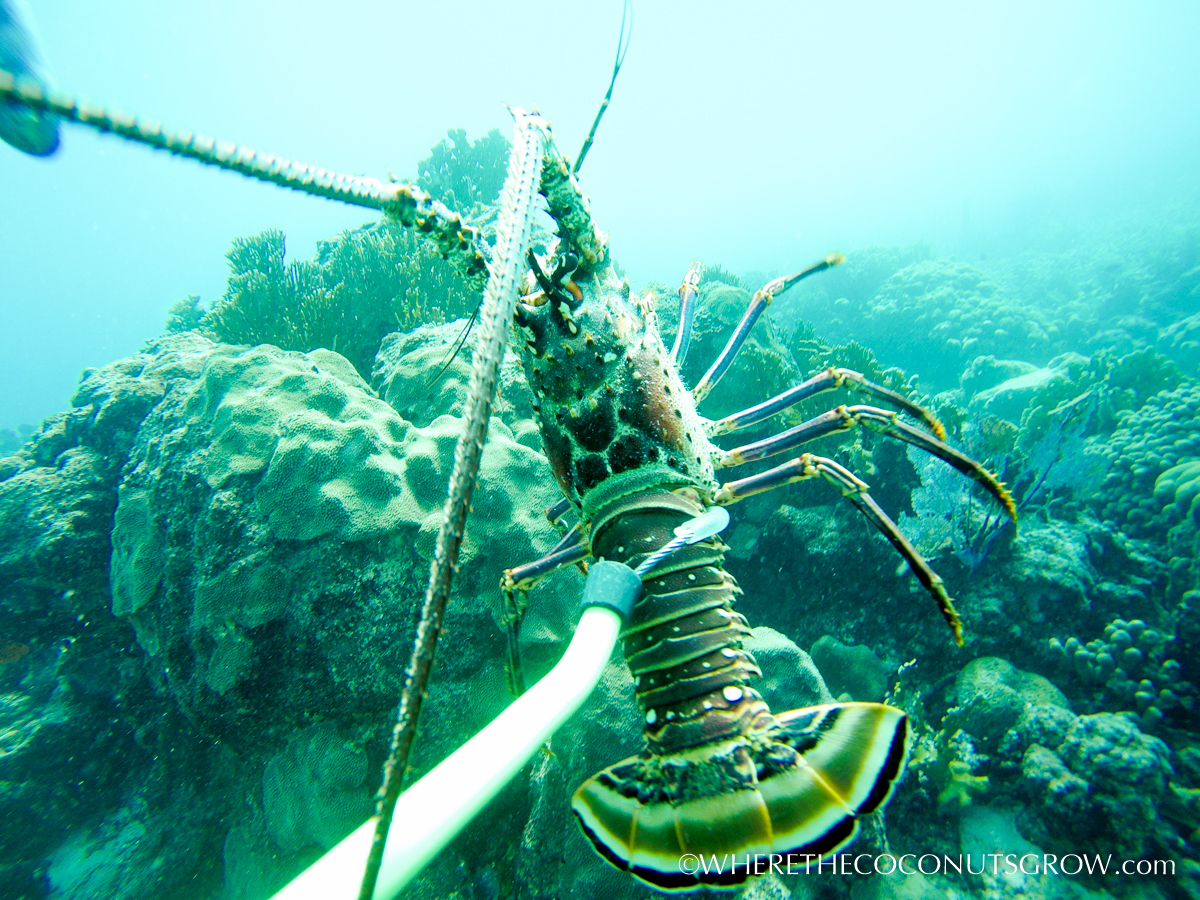 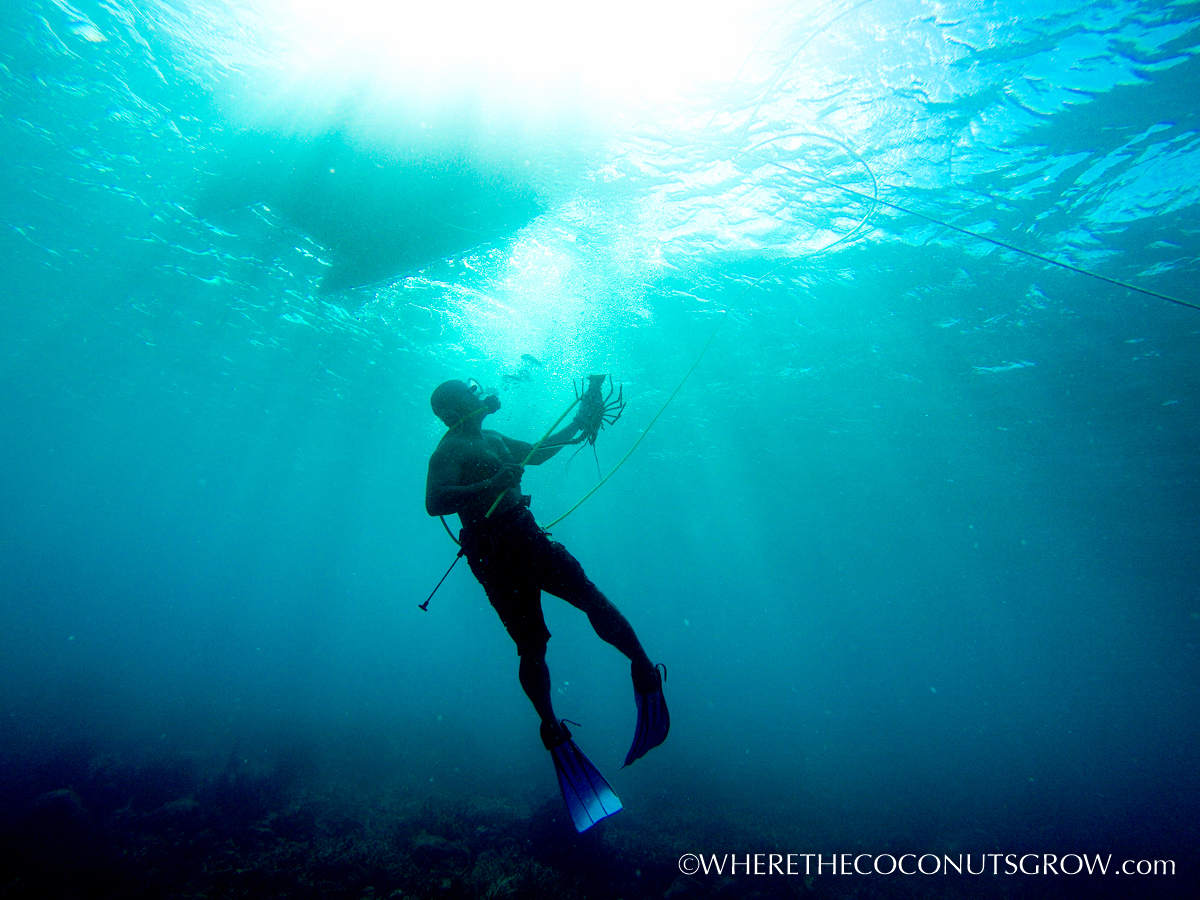 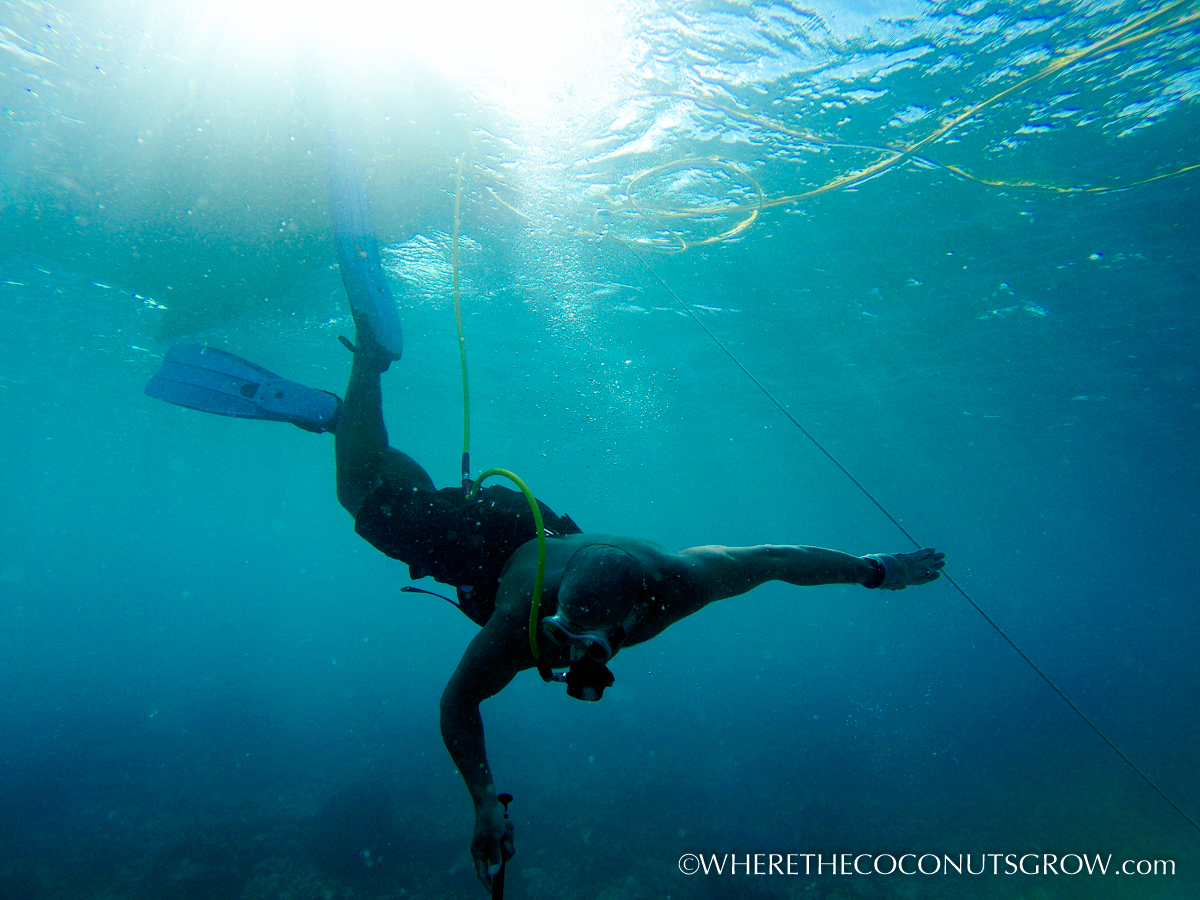 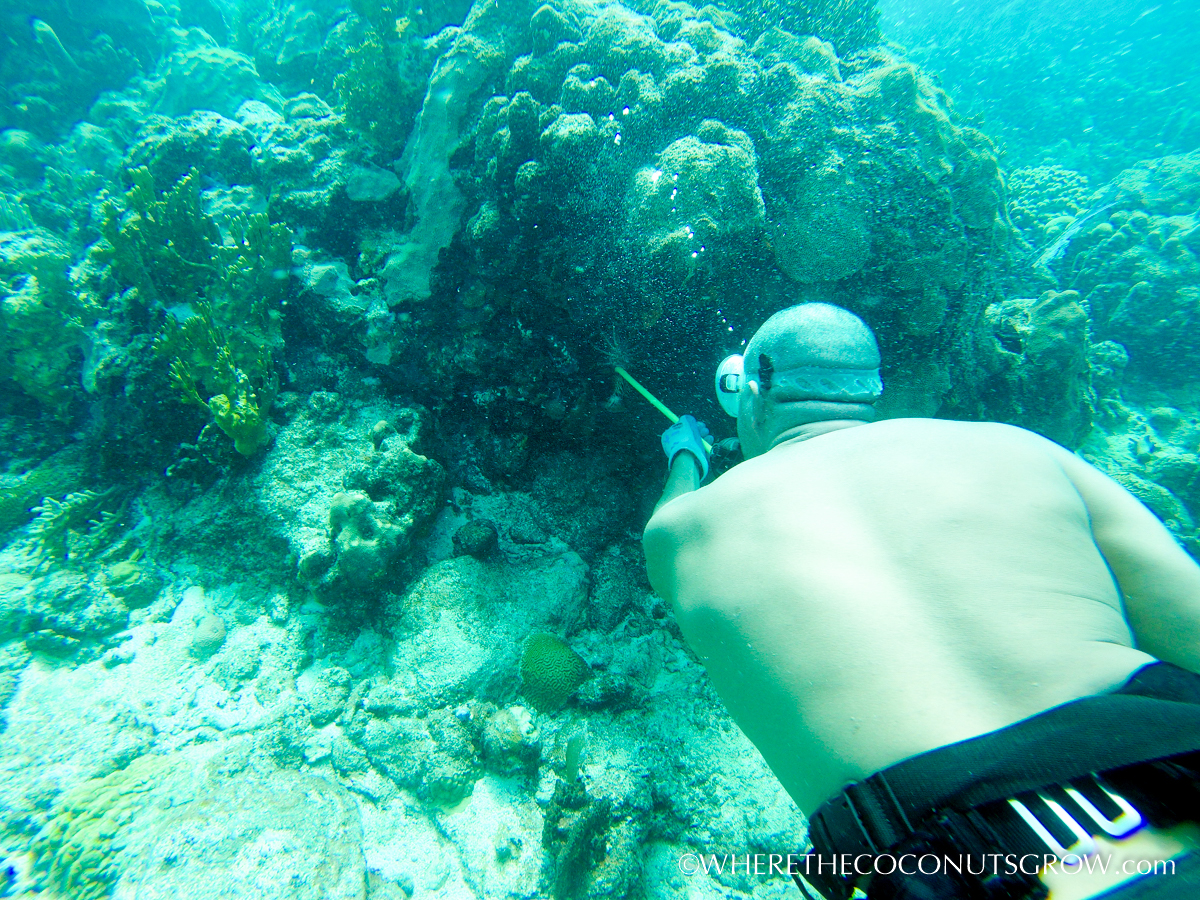 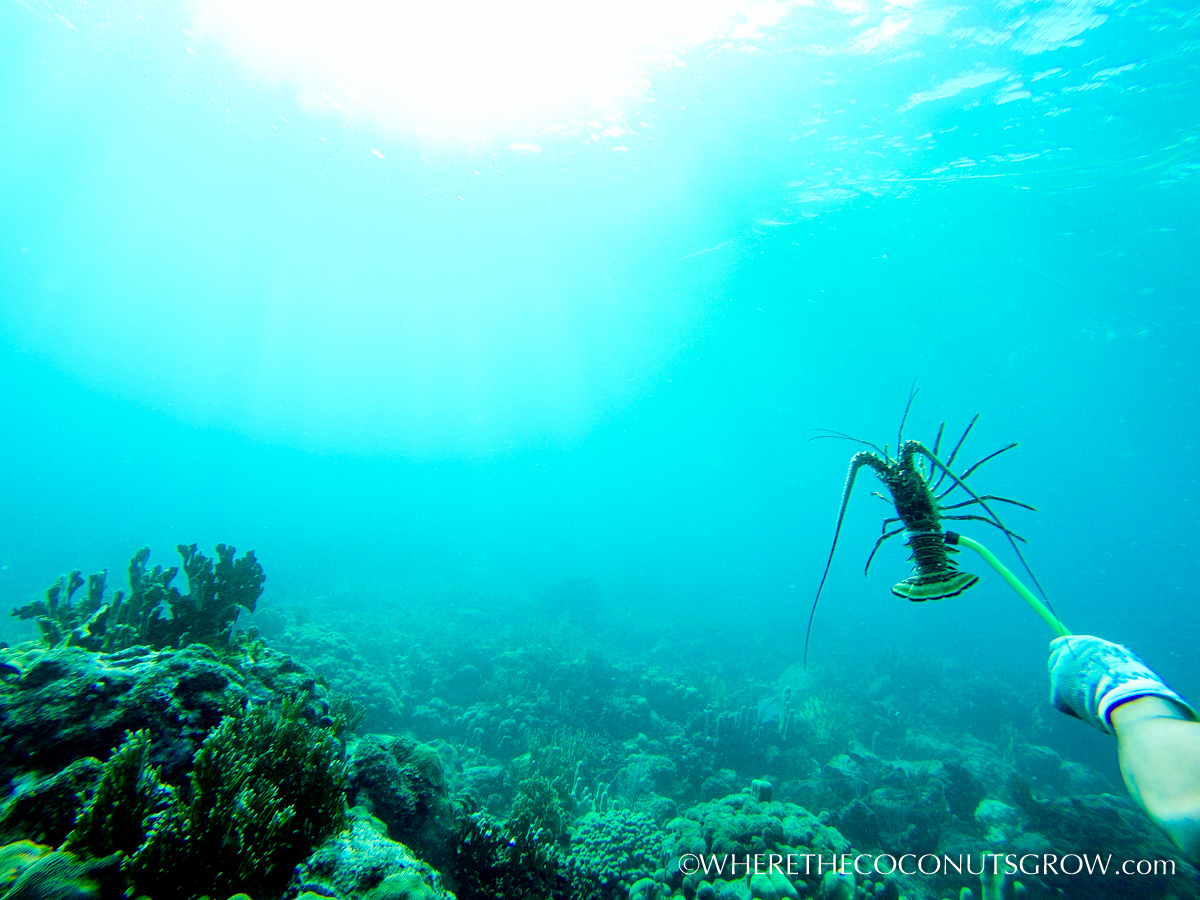 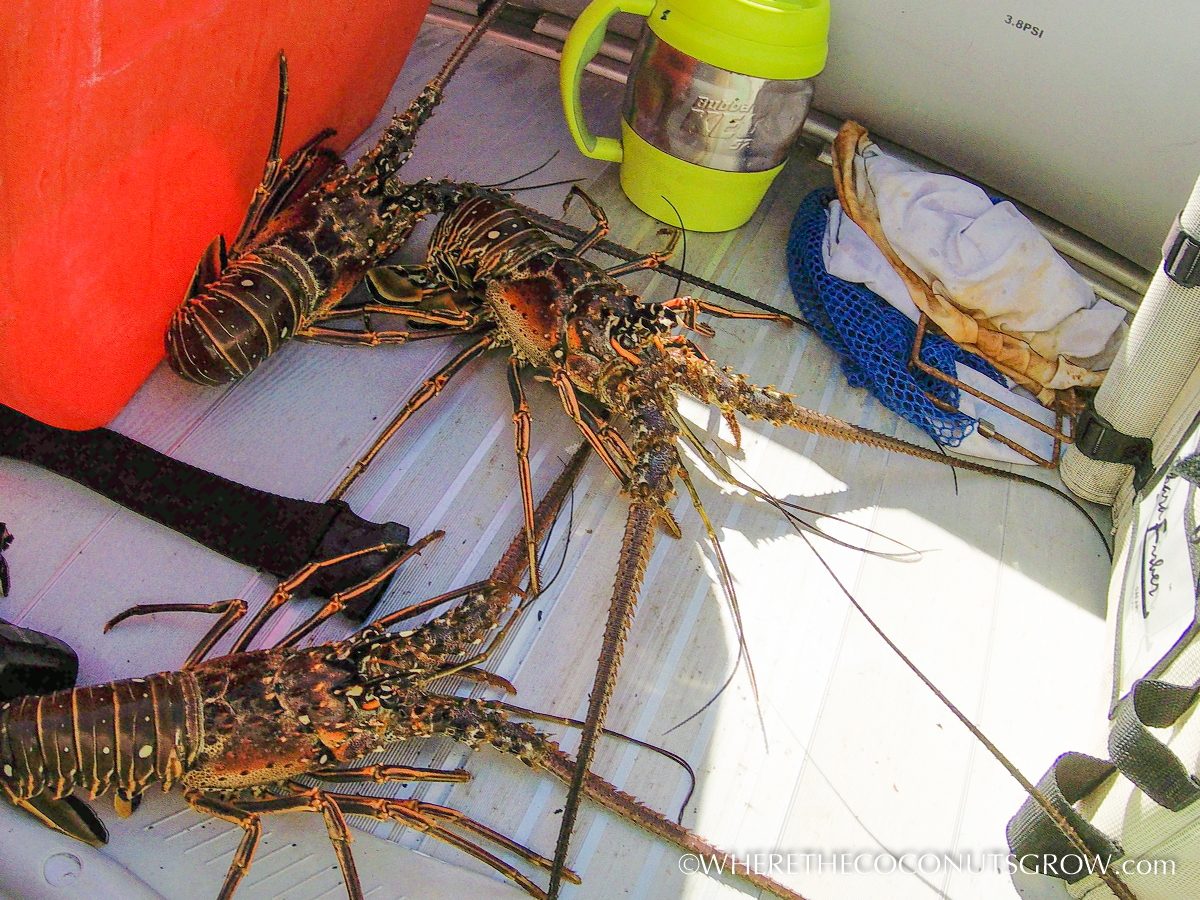 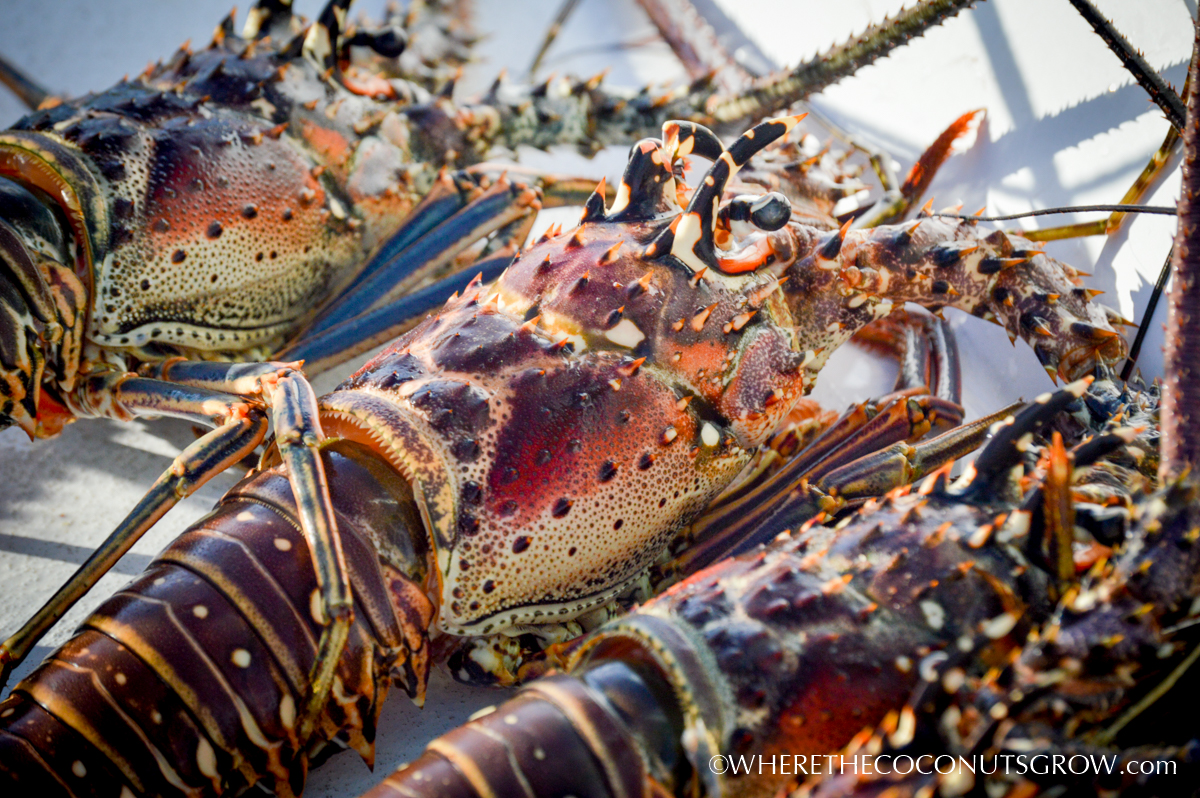 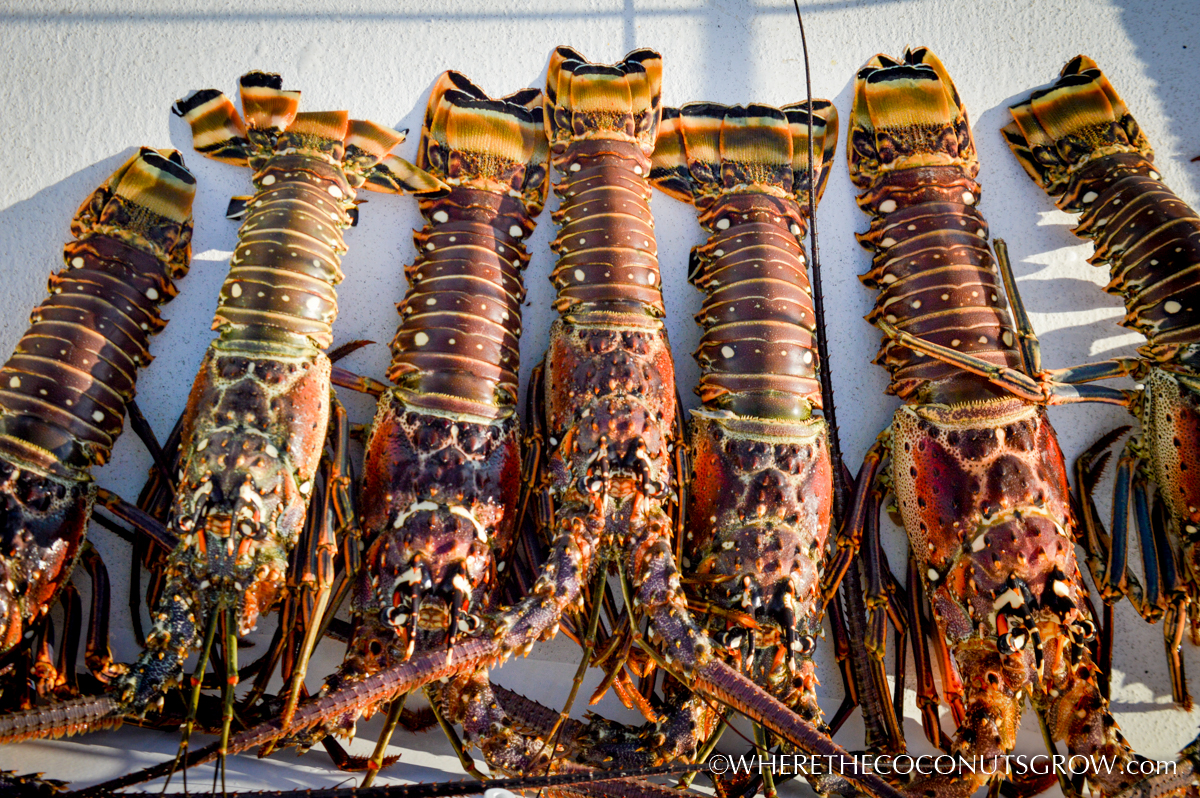 Another successful hunt followed by a gorgeous sunset.

“I think I could get used to this life,”

Of all the islands we’ve visited, the USVI feels most like home. I think we’ll stay for awhile. 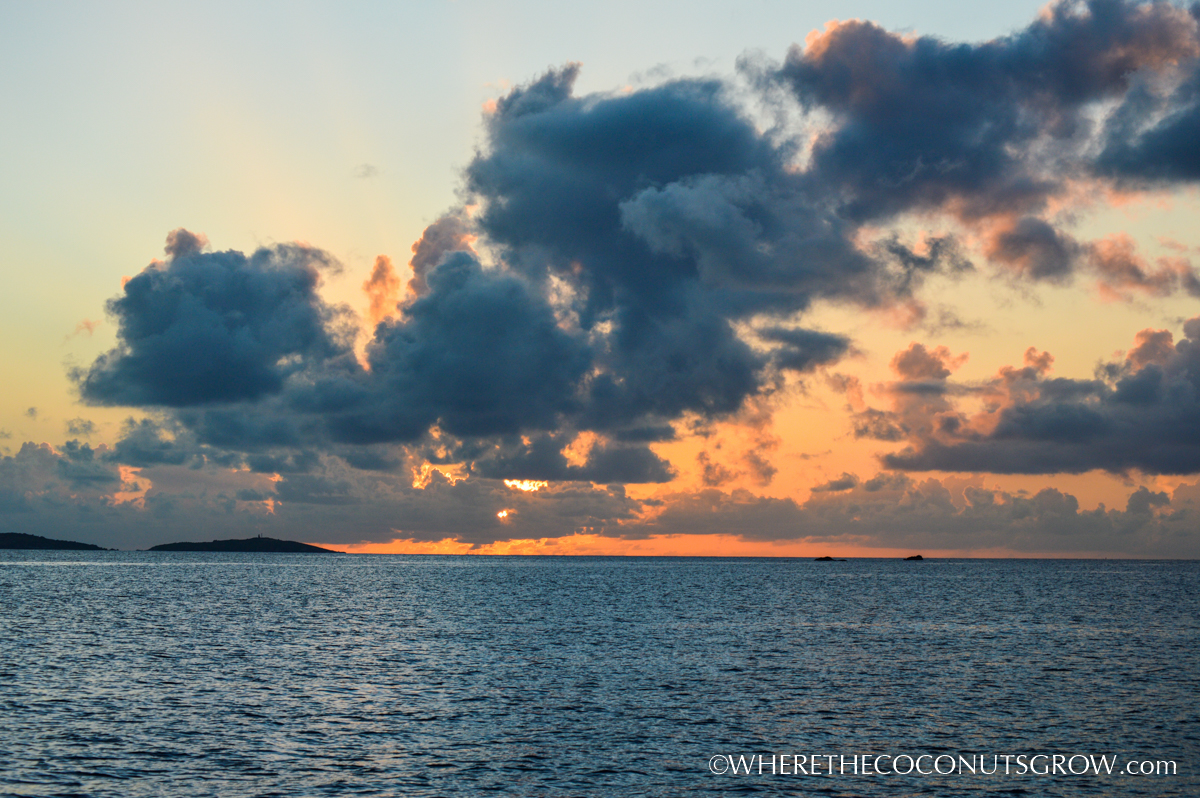