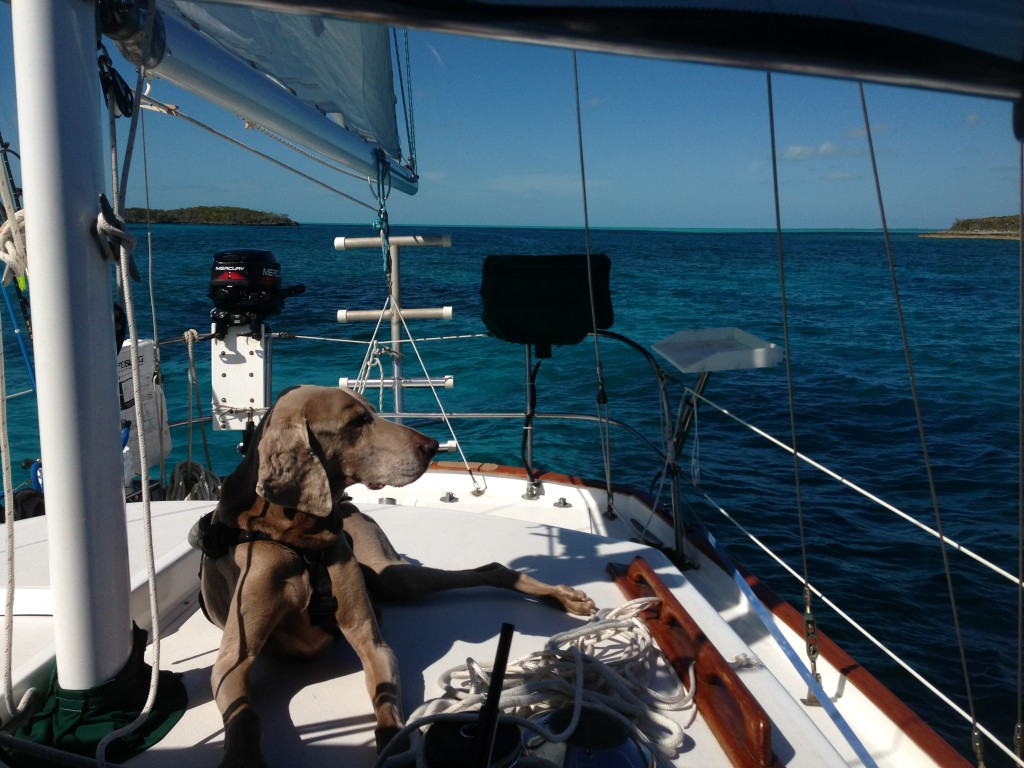 Wednesday 2.19.14 Gunner went potty again on deck first thing in the morning! Two mornings in a row!! Hooray! We prepared to boat for two hours down from White Cay to Little Whale Cay. When the engine turned over, the alternator belt started to squeal. We had heard it once before but this time it didn’t go away. Peter shut the engine off and went to check the belt.

What’s broken this time? The arm for the alternator!! If the issue had been the belt or the alternator itself, we could have easily replaced it with spares that we are carrying but in this situation the arm is attached to the engine and was bent so far it was rubbing on the fly-wheel. Luckily, the previous owner Steve was a master woodworker and had installed a vice on the inside of the engine room door. The guys took the alternator arm off, put it in the vice and then bent it back into place. The screw was put back in and Peter used some hose clamps to secure the cracked arm as a temporary fix. Success!! This could have been a major, major problem but with a little DIY ingenuity Peter was able to get us up and running once again.

As the rule goes, you can’t finish one boat project without starting another one. When Peter was climbing around in the engine room he started tracing the leak we have been dealing with the last week. At first, we thought it was from the anti-siphon hose on the generator. Then, we thought it could have been related to a leaking thruhull. Maybe it was a deck drain. Finally Peter found the culprit. There is a leak in the main engine exhaust hose somewhere between the engine room and the stern. He replaced two hose clamps and it appears to be doing the trick. Another project checked off ever-growing list!

The good news is that we had a nice sail down from White Cay to Little Whale. We topped out at 7.3 knots. WooHoo! Tucking in at Little Whale was smooth. The water was calm as soon as we crossed through the channel. The anchor held good, the wind generator cranked quietly all night and we got some much-needed rest.

The cruising lifestyle is definitely not for everyone. There are many challenges, both physically, emotionally and spiritually. It requires a tremendous amount of teamwork and communication for everyone to be on the same page. While it may put a strain on some relationships, it’s also a great way to bring people together very quickly. We’ve been moving incredibly fast over the last three weeks, stopping only as long as we need to, waiting on weather. We’re glad to be in the Bahamas but its time to slow things down. The surf, sun and sand will still be there when we arrive at the next place. We need to work a little more on our serenity right where we are :) On a lighter note, Gunner peed on the astro turf two more times that same day!! He finally gets it, we hope. 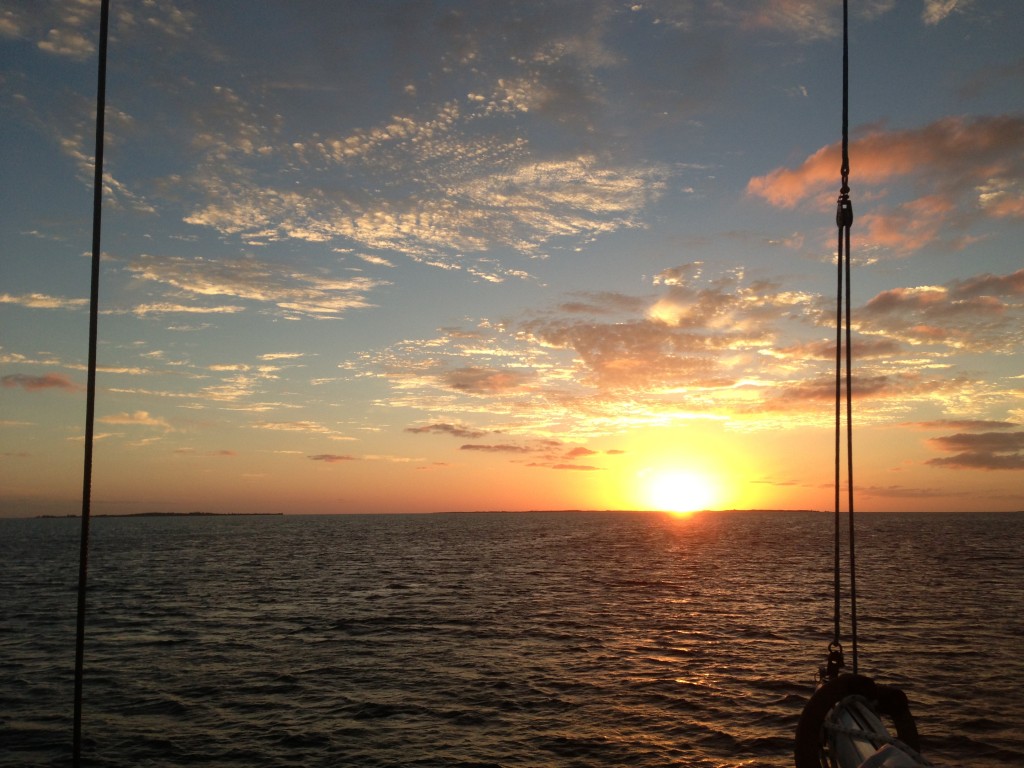 Thursday 2.20 we woke up early for the first time today and listened to the Chris Parker weather forecast. It’s a good thing he broadcasts on several different frequencies at several different times. Waking up at 6am for the first report isn’t exactly easy for us! Coffee was made, Leah got a load of laundry done and we made some water. Josh and Peter took the dinghy over to the small private marina next to us in Little Whale Cay and talked with the caretakers that live there. They had a few small items we could purchase but there was no store to reprovision from or get any groceries here. Waiting on weather, we decided to head south further to Chub Cay where they had wifi and hopefully a few services like restaurants, groceries and showers.

This little guy washed up on our decks during the sail down to Chub and I found him trying to go down our deck drain: 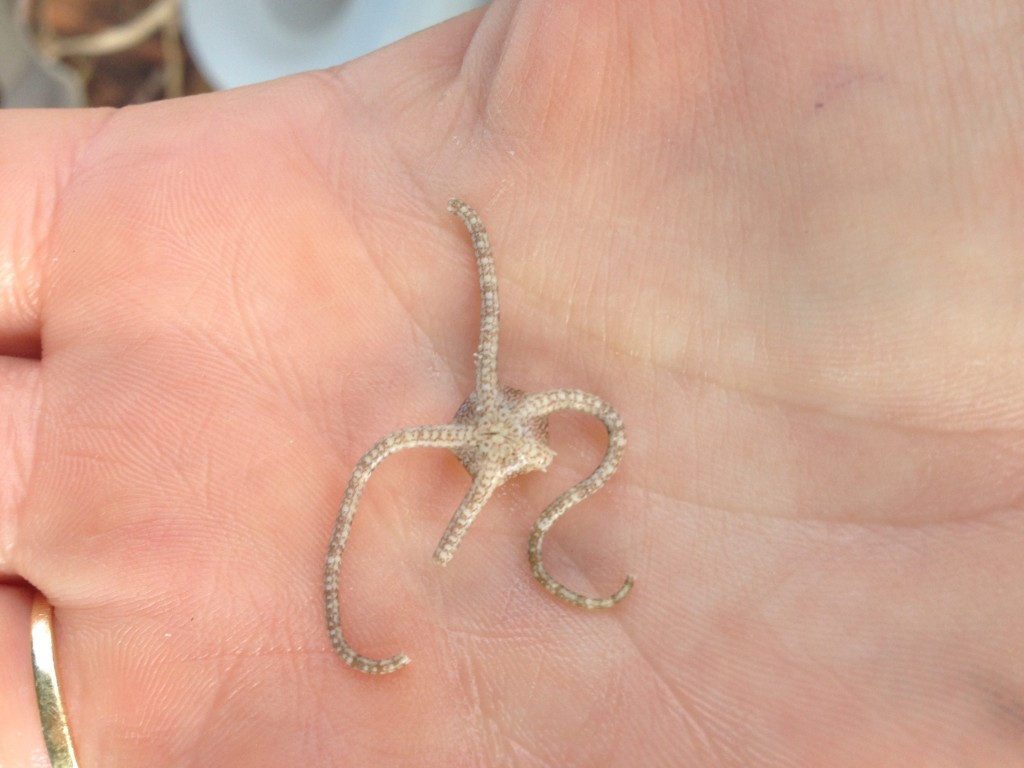 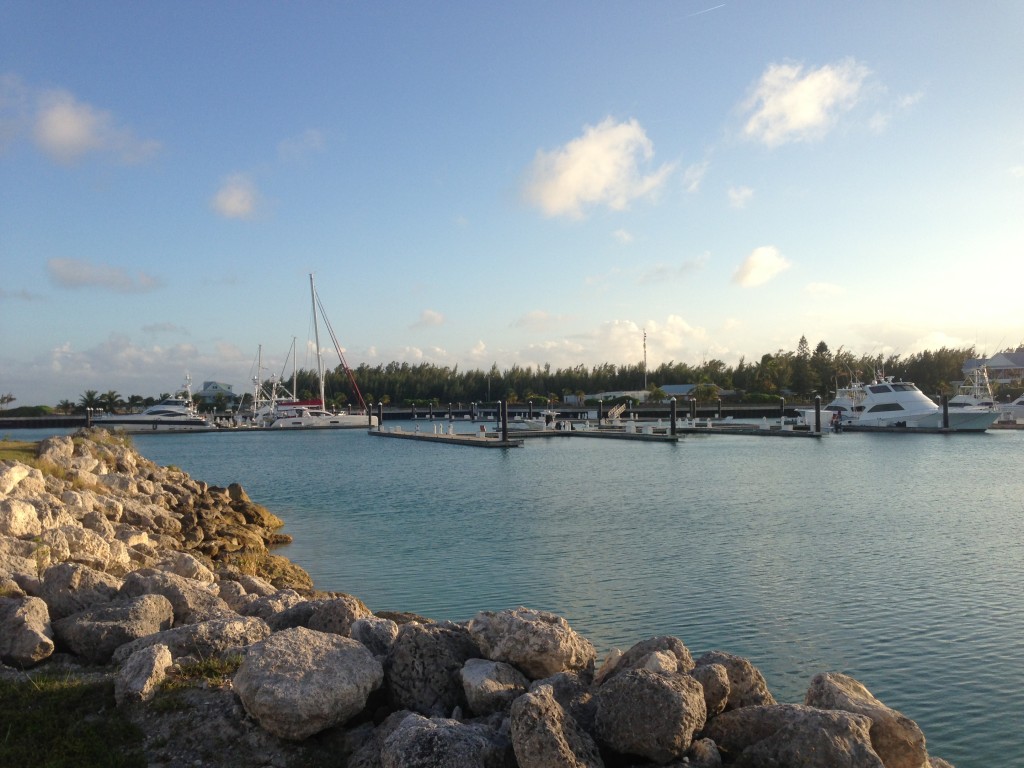 We spent a couple of nights in Chub Cay Marina but it was ridiculously overpriced. $4.50 a foot!! The boats in there were all massive yachts and decked out fishing boats. There was another tournament going on so we were just about the smallest boat there. The docks were beautiful, extra wide floating concrete. Definitely the fanciest docks we’ve been to so far. It was a crazy sight to see with all the underwater lights at night and monster boats all around us. 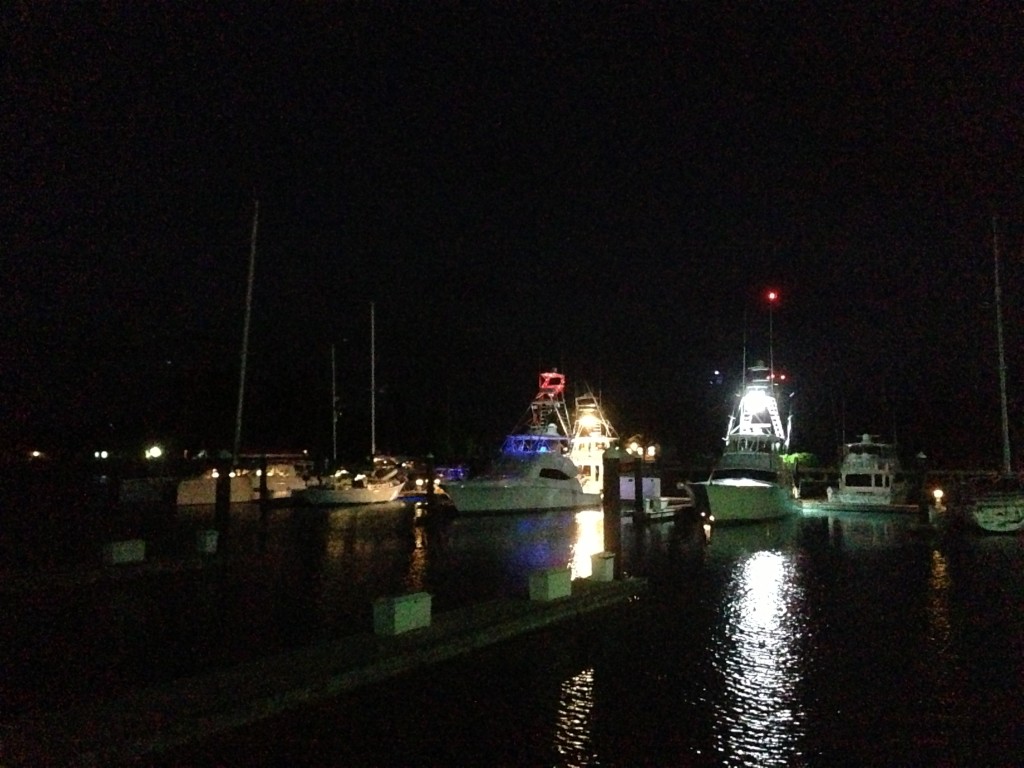 There was only one restaurant there which was actually terrible and crazy expensive. The small market had a few overpriced items but nothing worth buying. Luckily we talked to the two other cruiser boats and they told us to go down the dirt road just a bit and at the end of the green building there is a lady named Dretha that will sell us fresh bread, eggs, soda, hamburger meat and even cook lunch or dinner for us! We sat outside her house at the picnic bench and had some pretty tasty burgers and fries for about $6 a plate. The showers were super gross and super far away. I had to ask them to bring some toilet paper over because both of the restrooms were out. There were ants and no-see-ums everywhere. The power was a flat rate per day and the water was .50/gallon but it was good RO water (reverse osmosis) instead of city water so we could actually drink what we put into our tanks. We got some laundry done, filled both water tanks and relaxed a bit. Josh and Leah went exploring with the paddle boards and checked out some of the vacant houses on the beach. It was like a ghost town there! So many huge vacation homes but no people in them. Not exactly somewhere I would care to come back to either.

After two nights in the marina we spent two nights outside the channel at anchor waiting for the next window to cross to the Berry Islands. We had to use a stern anchor to keep us pointed into the swell to ease up a bit on all the rocking and rolling there. Leah and I got some sun while Peter and Josh went diving. Gunner just couldn’t help himself and had to come lay right between us up on the bow. He’s a momma’s boy who sure loves the sun!! 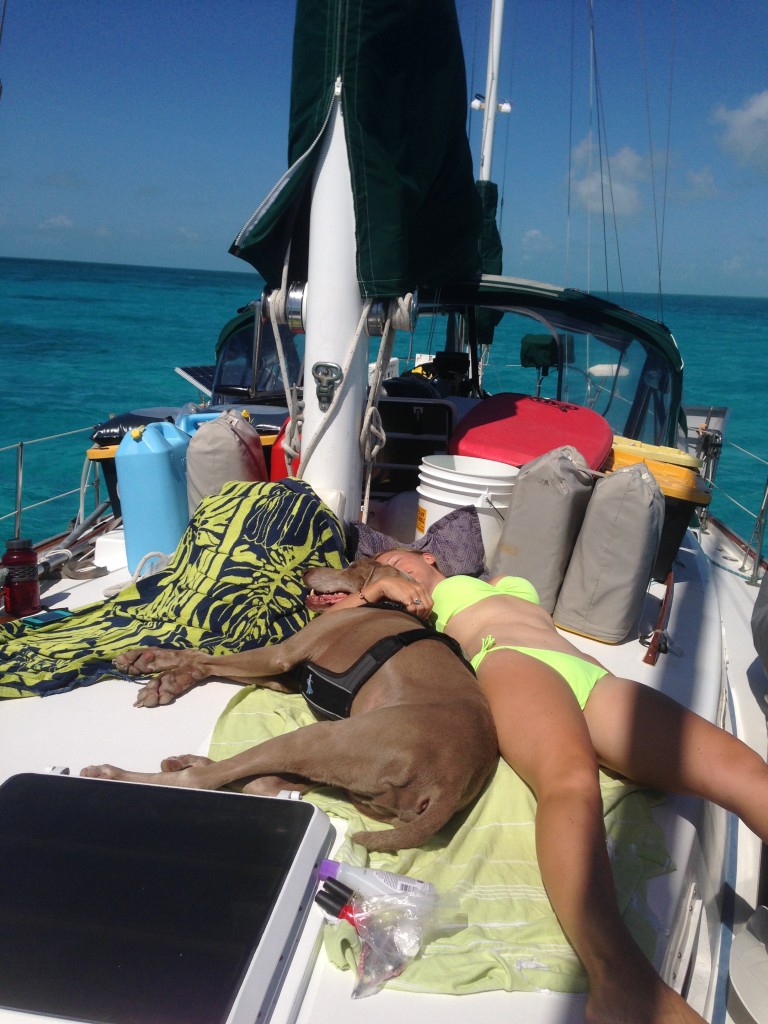 One night we took the dinghy up the shallow channel that crosses to the other side of the island to check out the sunken boats, rays, conch and all the starfish. With a little bravery, I dipped my iPhone under the water’s surface to get some cool pics of the huge rays. That Lifeproof case really does hold up well!! No issues at all. If you remember from an earlier post, we already tested our cases out to the max and they held their weight in gold. 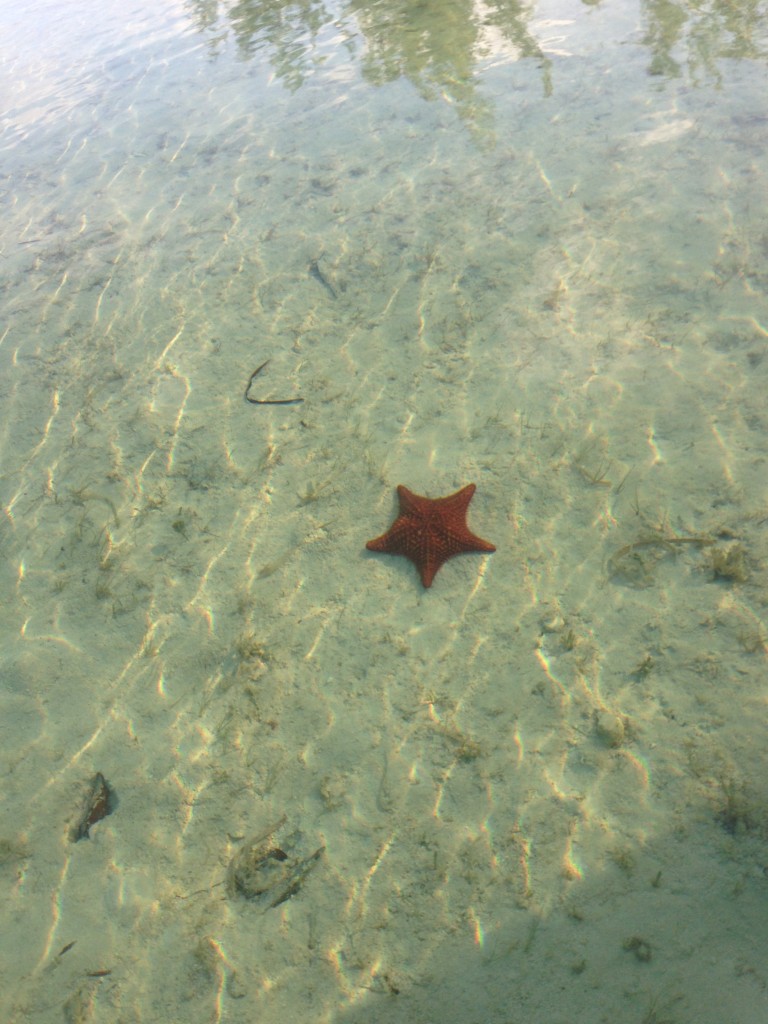 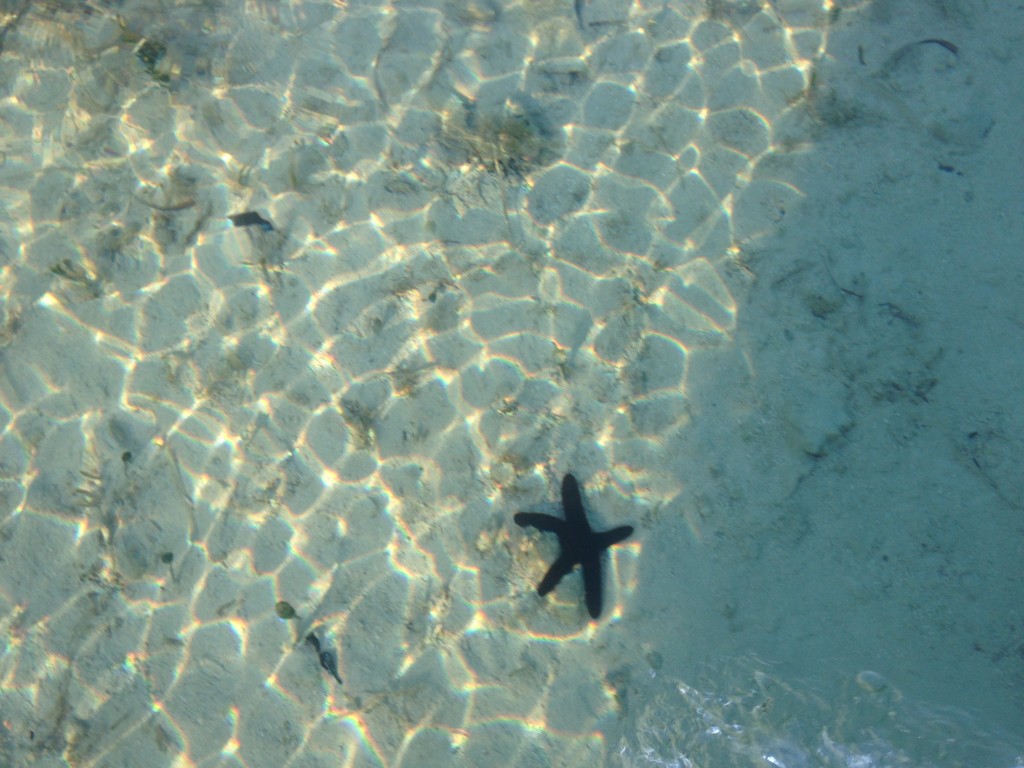 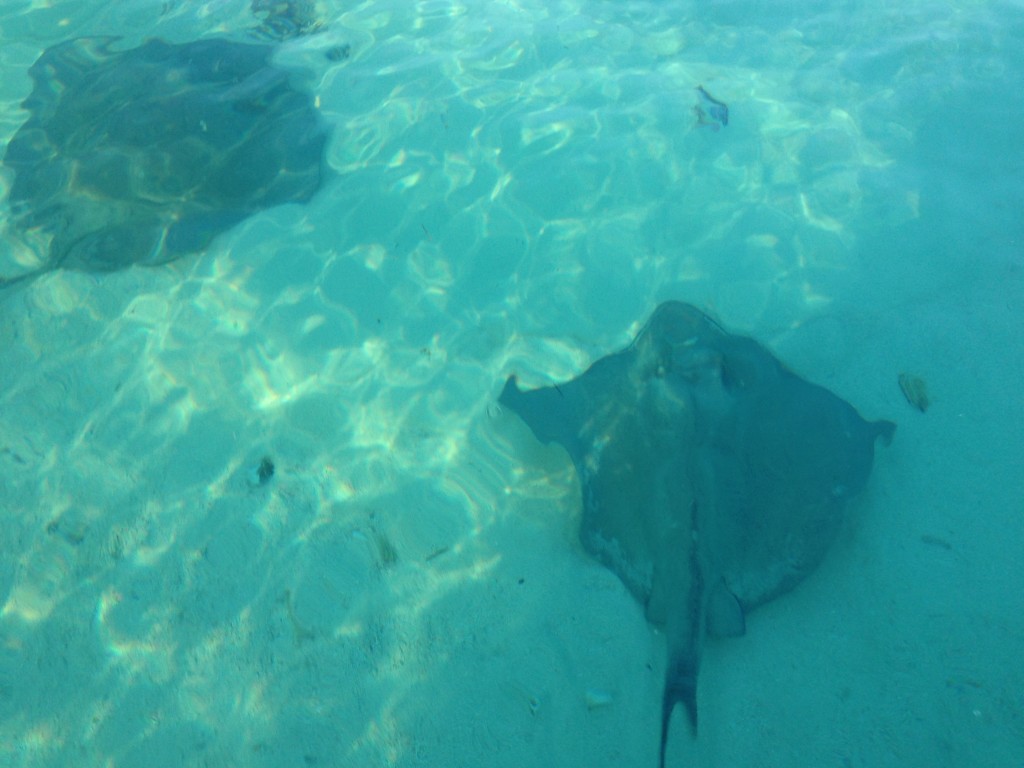 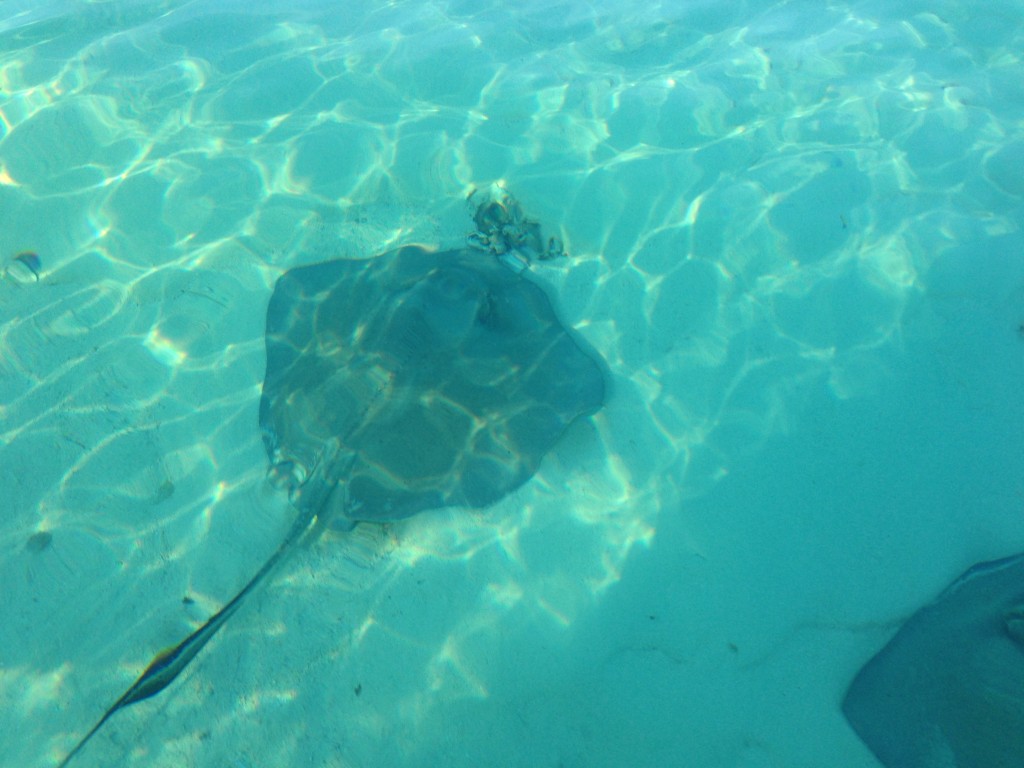 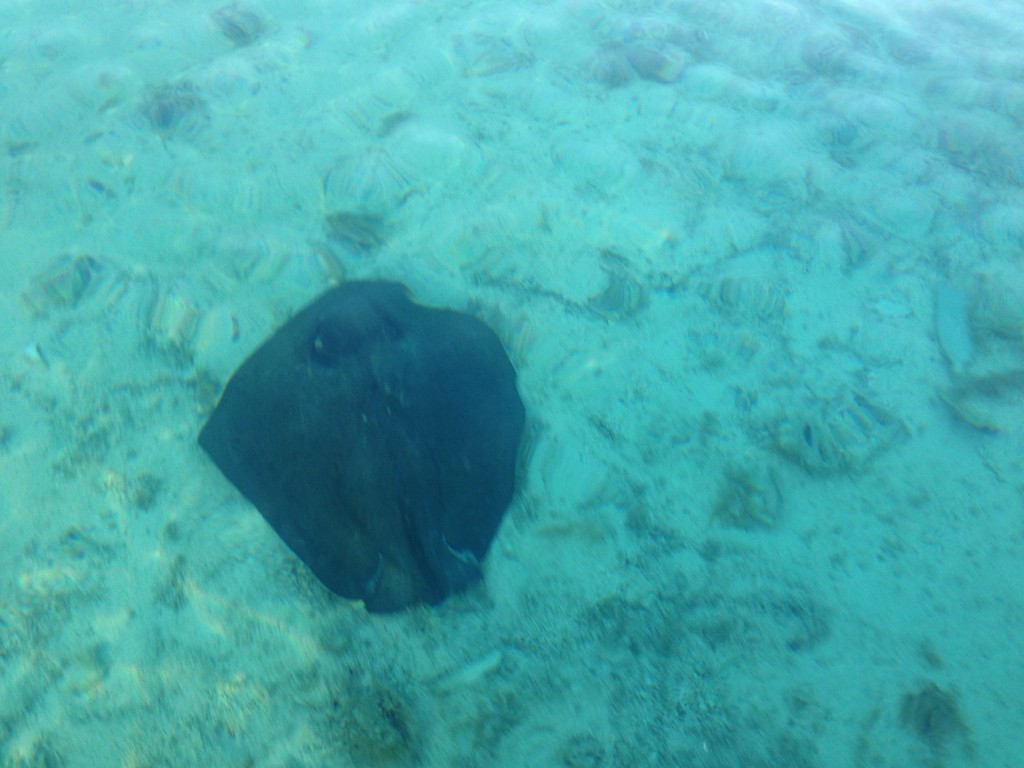 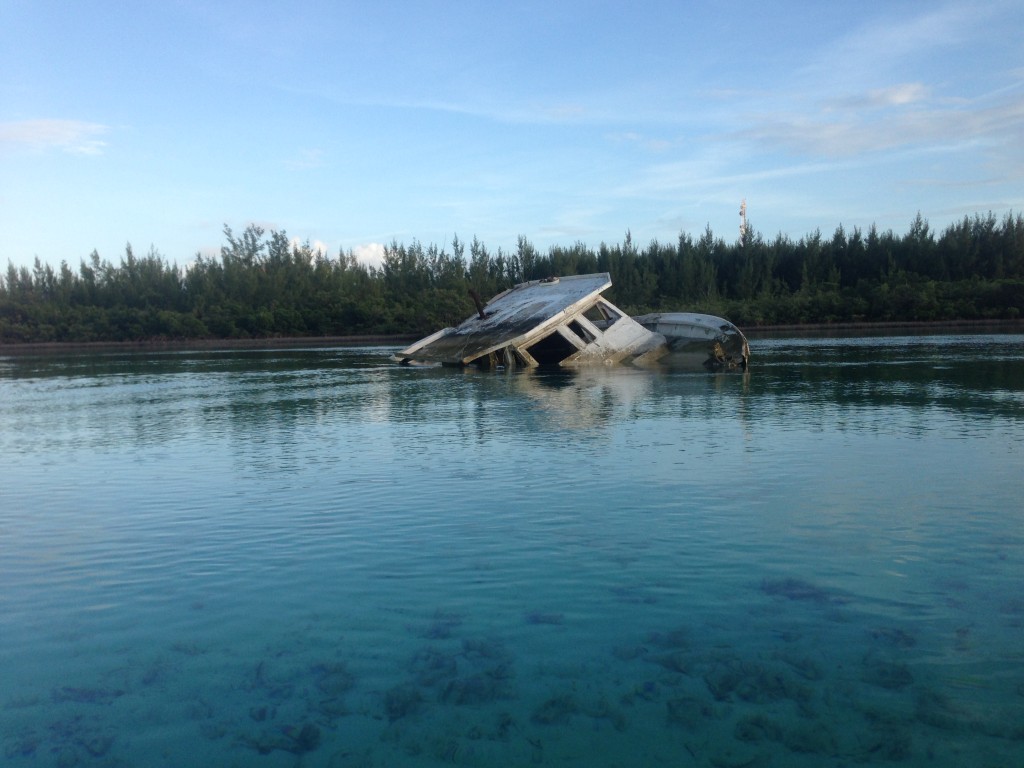 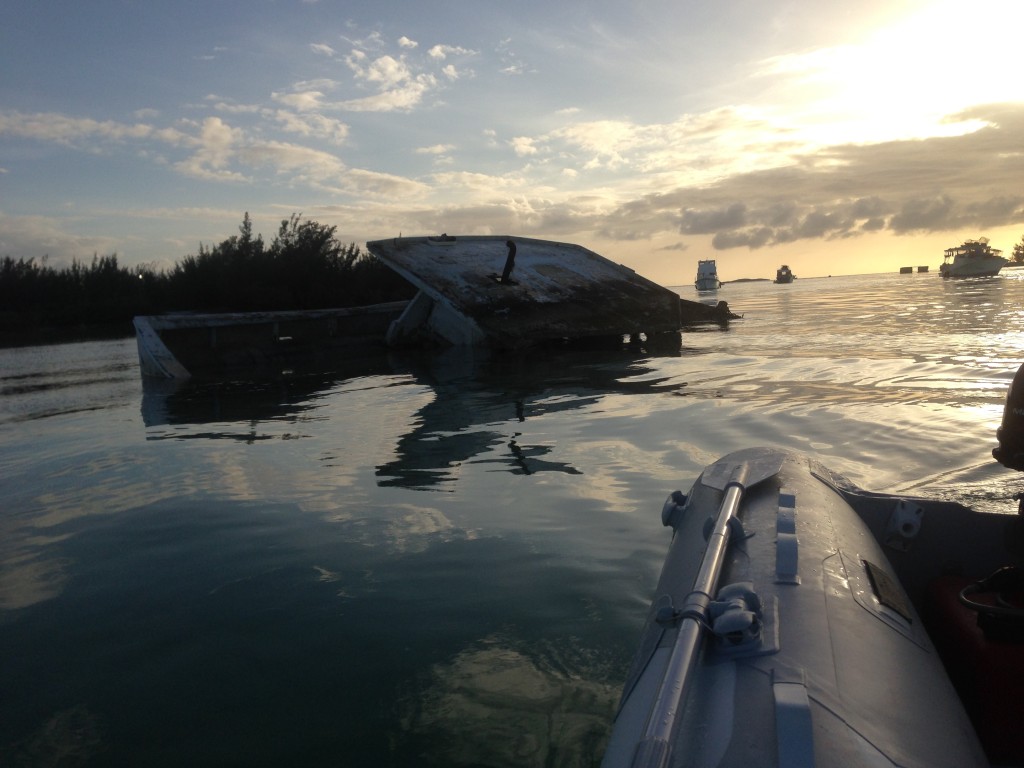 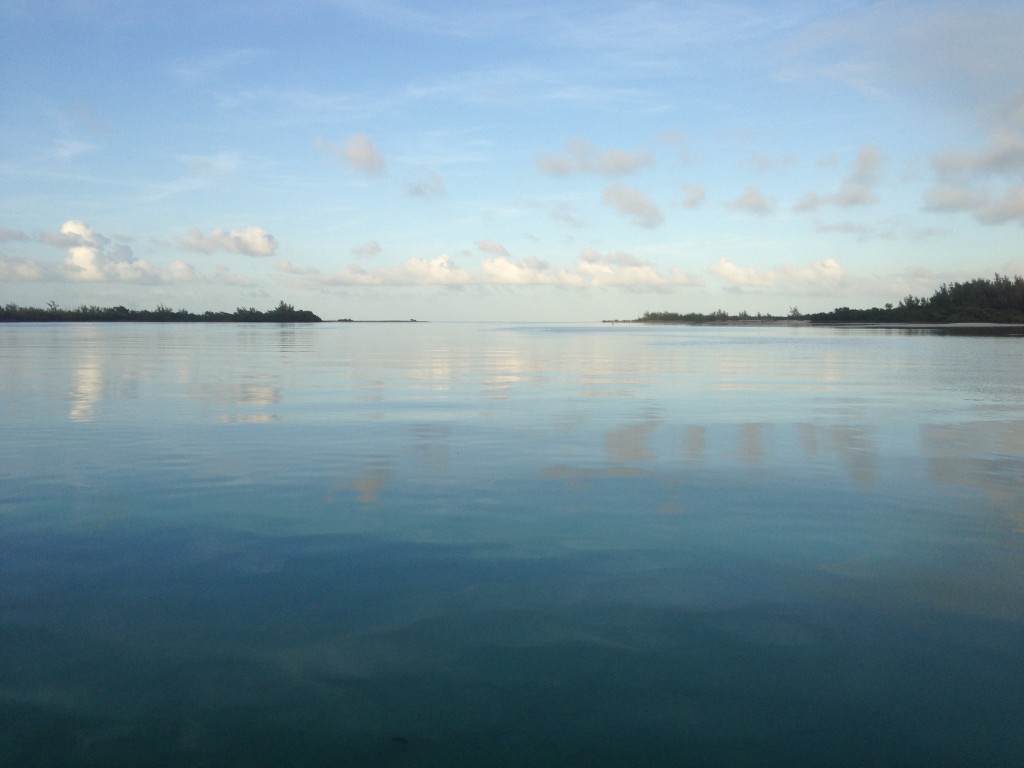 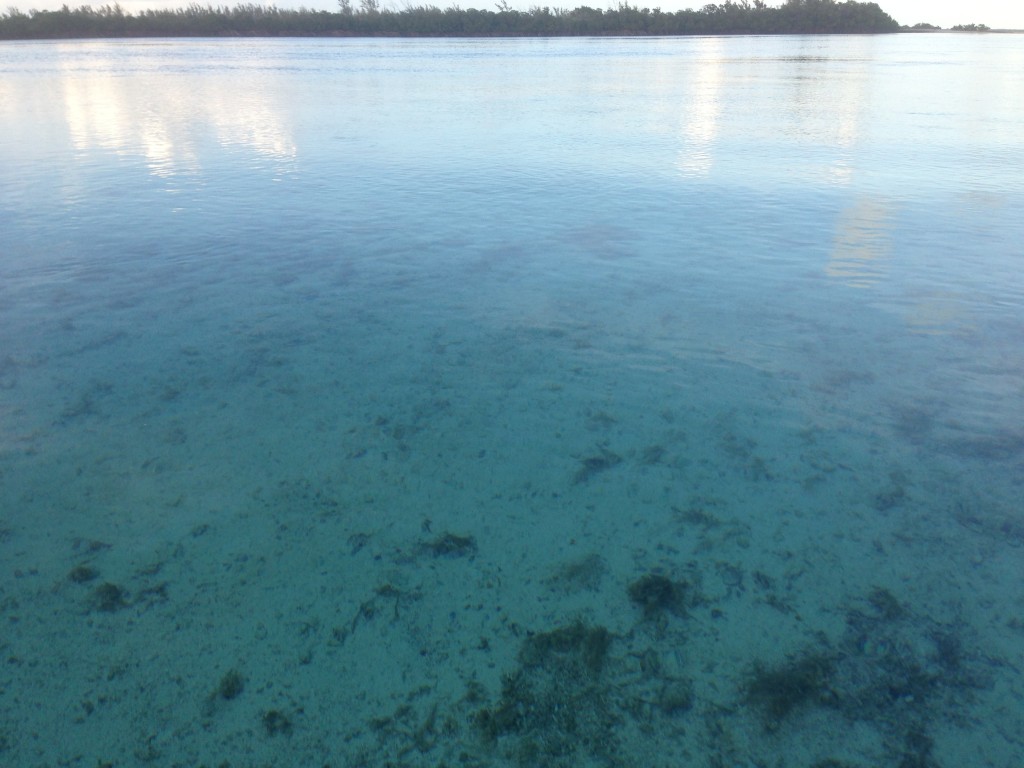 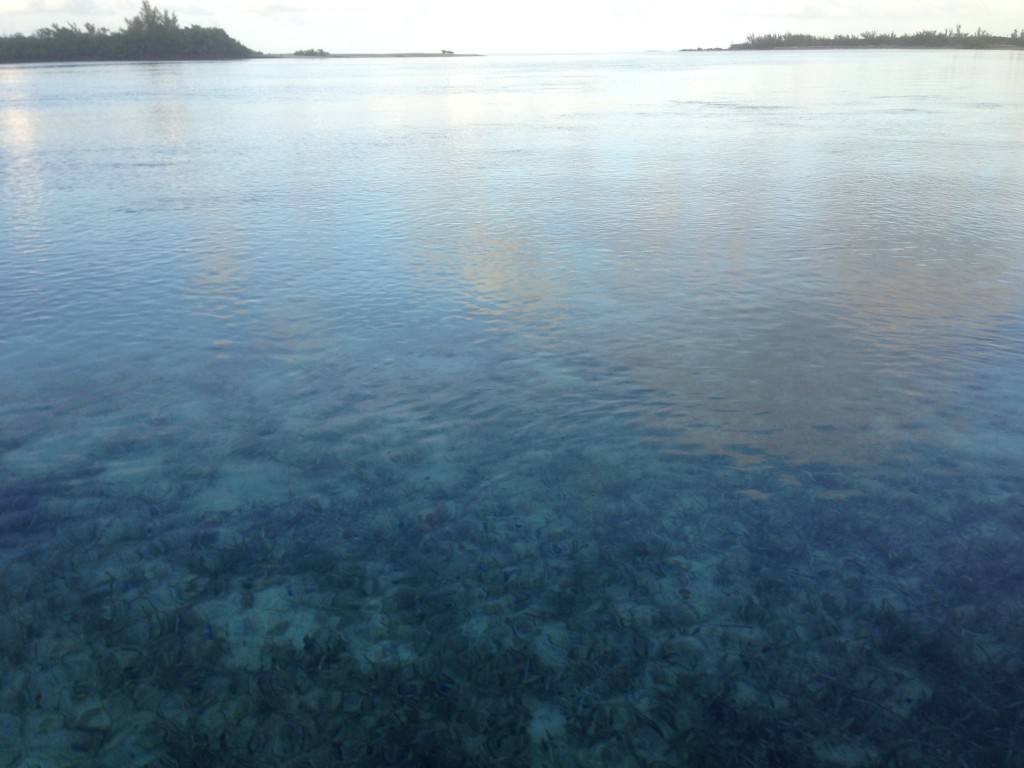 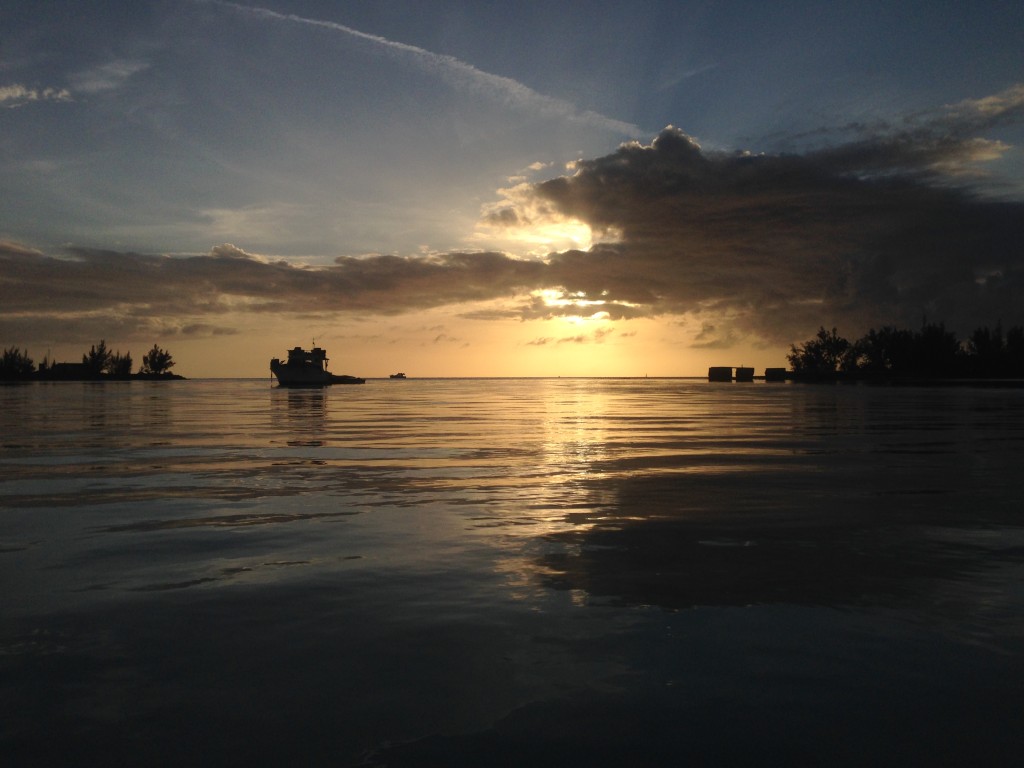 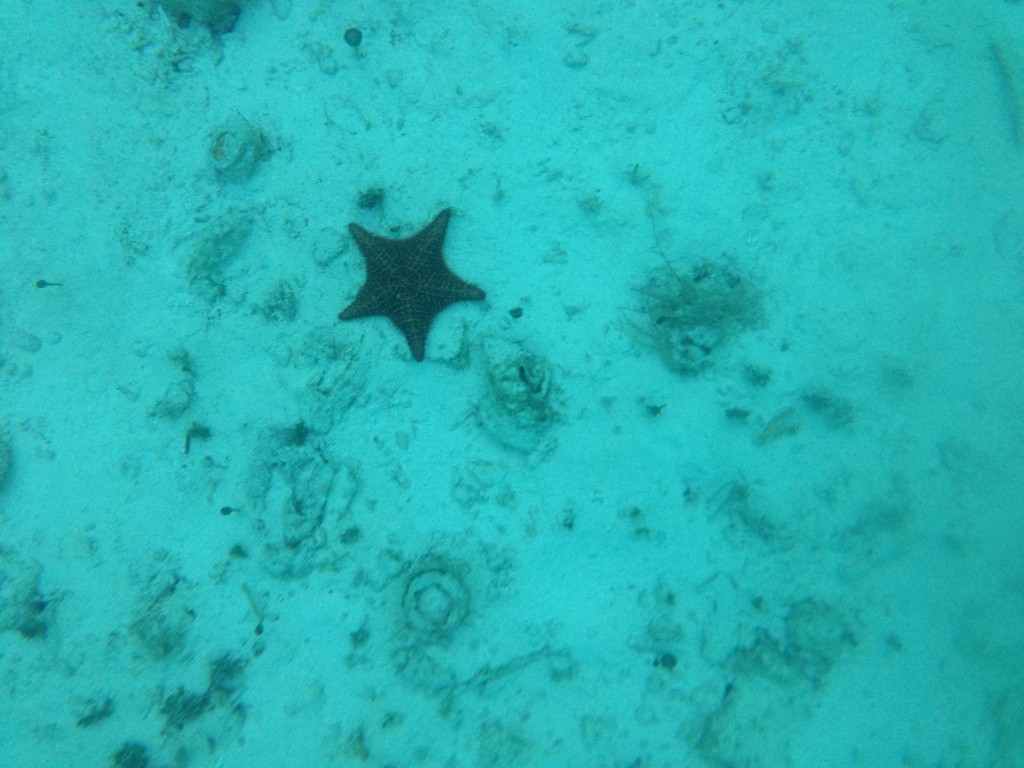 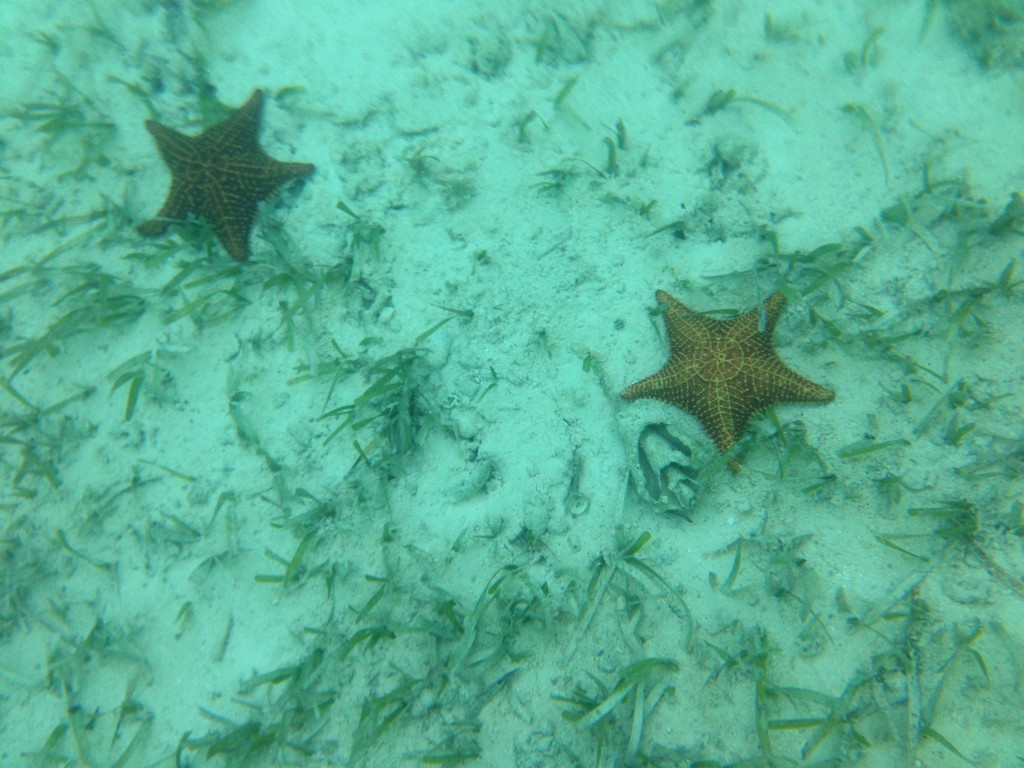 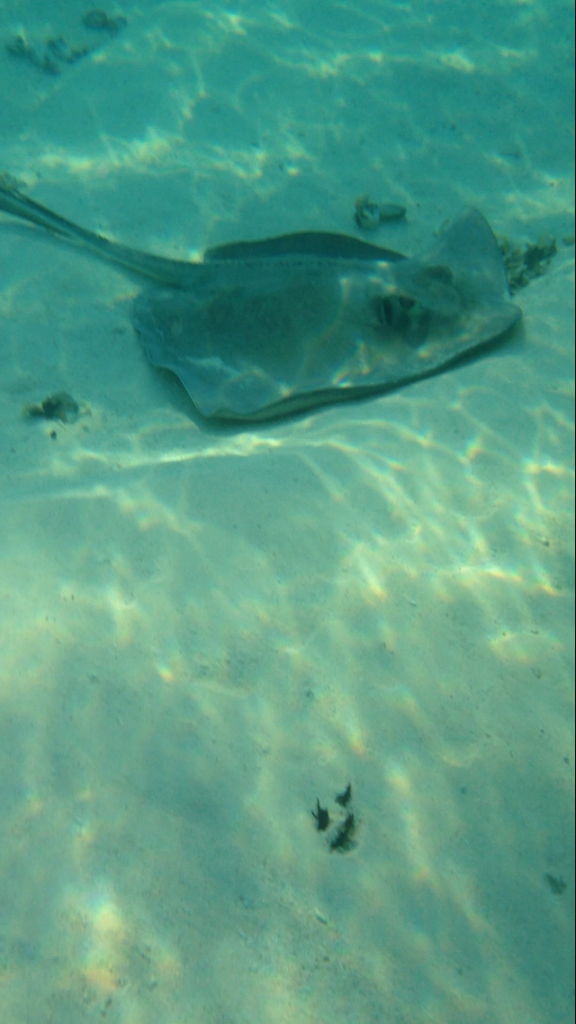 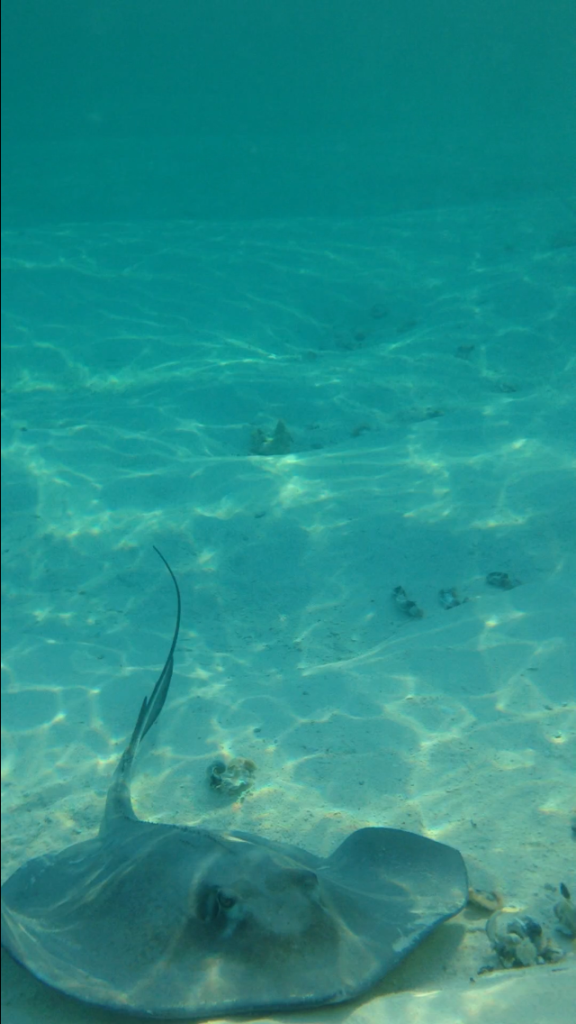 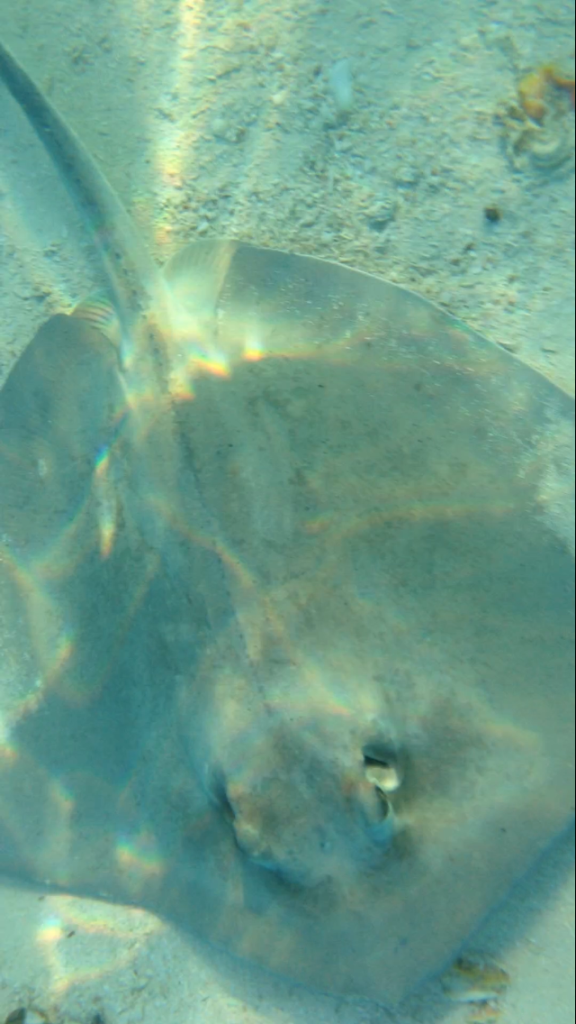 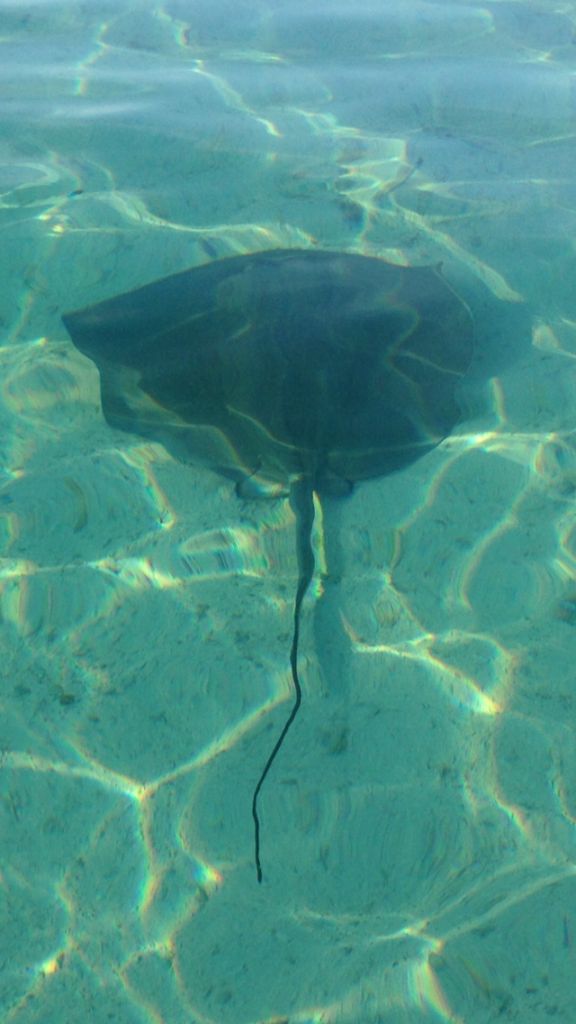