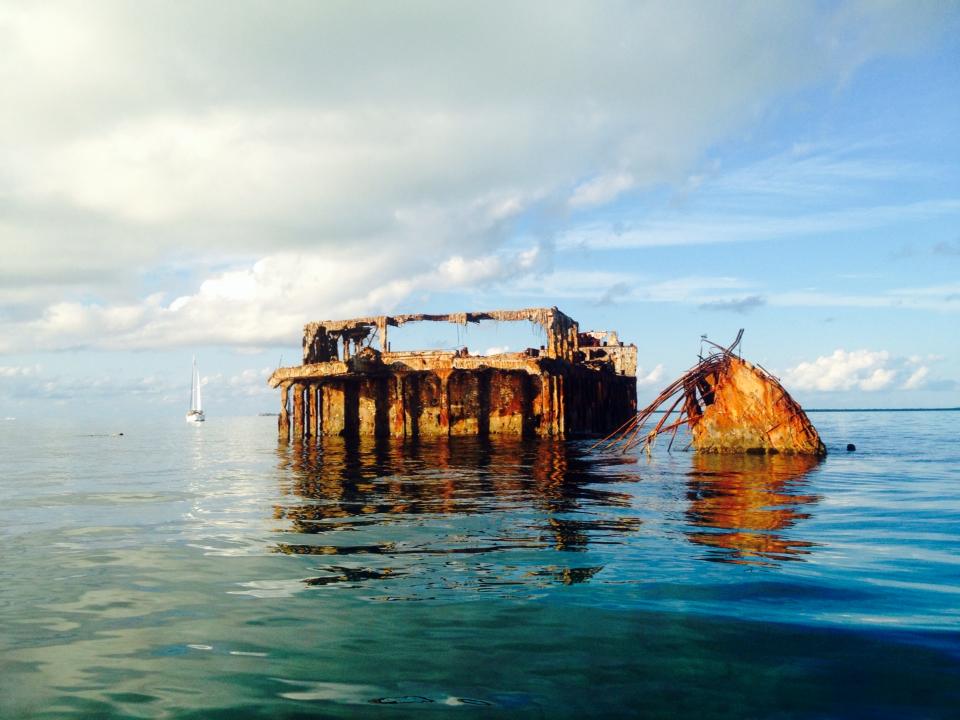 2.10.14 We left Brown’s and went back to the Sapona wreck at Turtle Rock. This time the anchor dug in good. Peter dove the anchor, then came back to help me get the watermaker fired up. It took a bit of deciphering but we finally figured out how to unpickle it from when the previous owners stored it last. It’s slow but it works! 6 gallons an hour is actually pretty good in terms of watermakers. There is a tiny tinge of saltiness in it but nothing a little ice won’t cover up :) Now we are totally self sufficient! 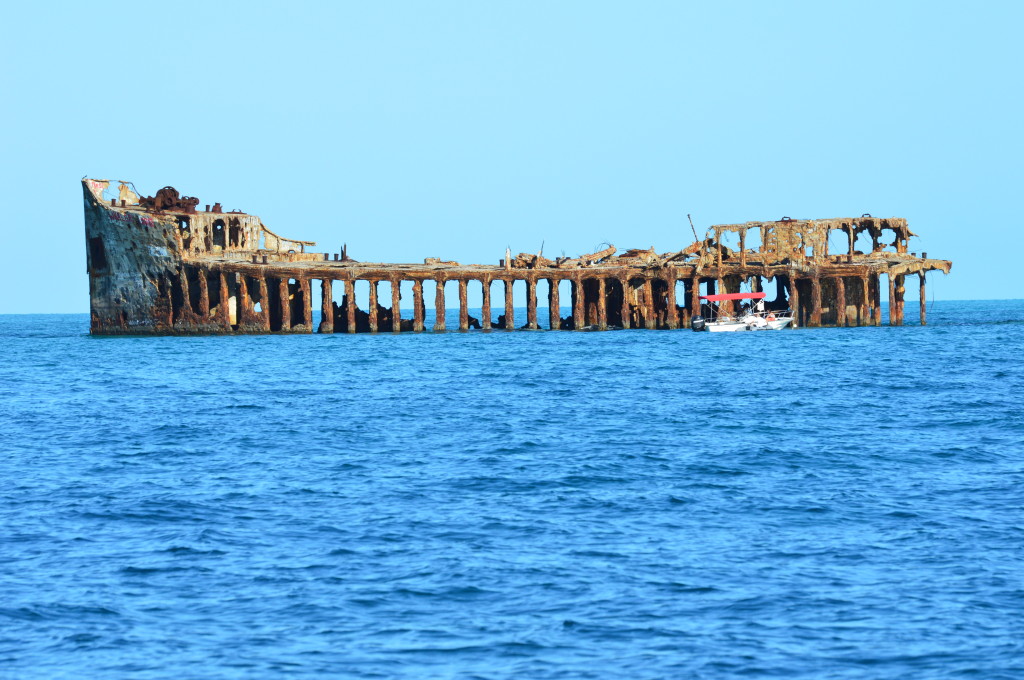 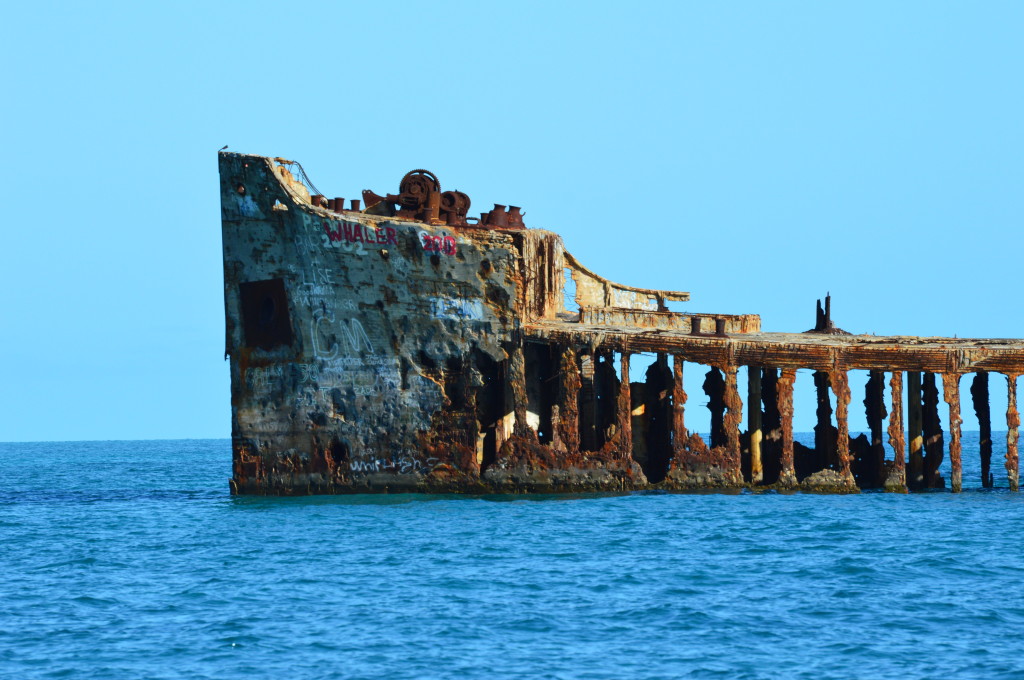 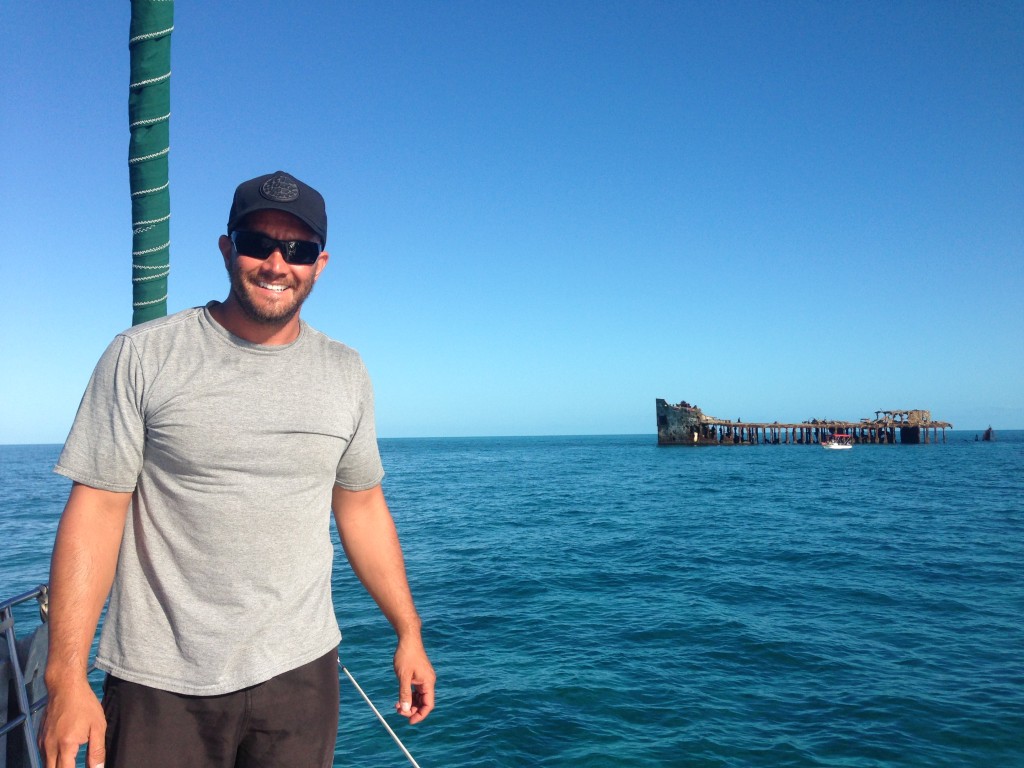 Peter couldn’t wait to jump in! This man is a fish :) 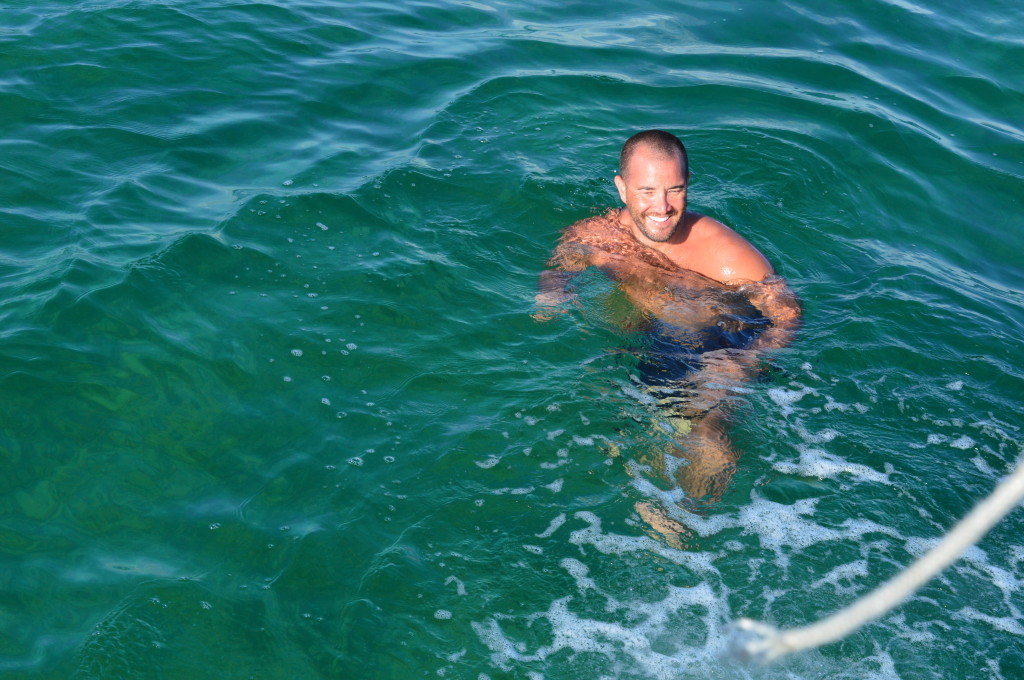 The guys played around with the Air Line hookah system for a little bit right off the boat. It works pretty well to just leave the engine on the aft deck and run the hoses off the back. That way they don’t have to mess with lifting it up and over the lifelines down into the water. There wasn’t a whole lot to see under the boat but it was fun to play around with it. They did a quick inspection of the bottom of the boat too. One of these days we need to clean the bottom now that we are in clear and warm enough water. Another thing to add to the list… 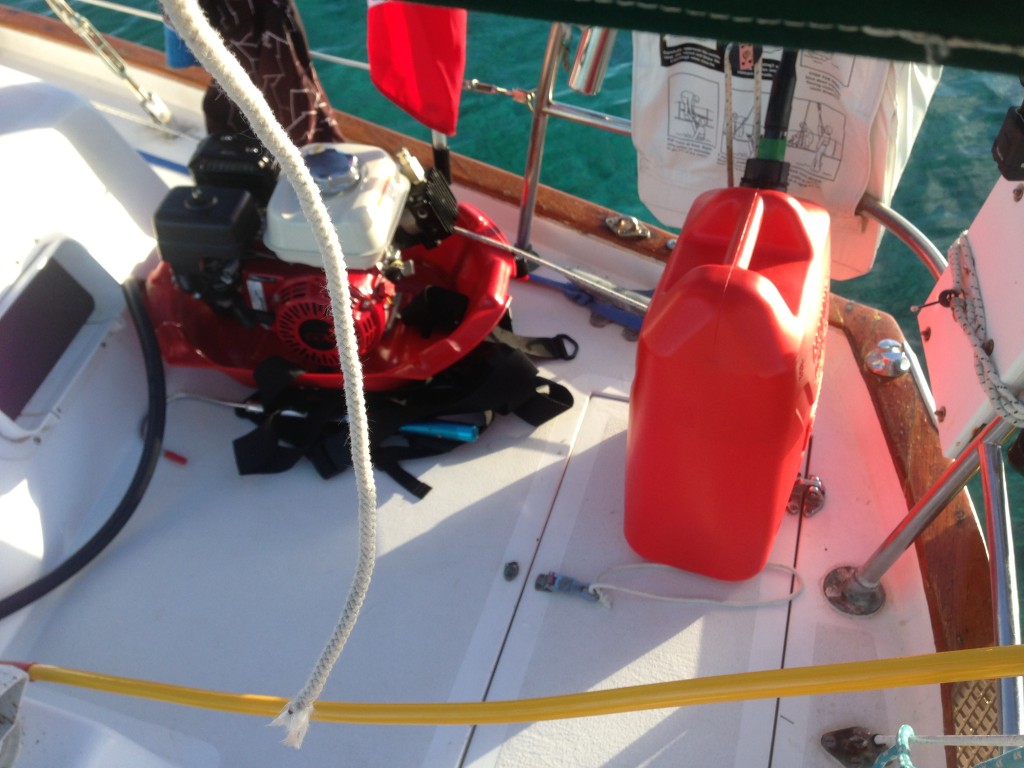 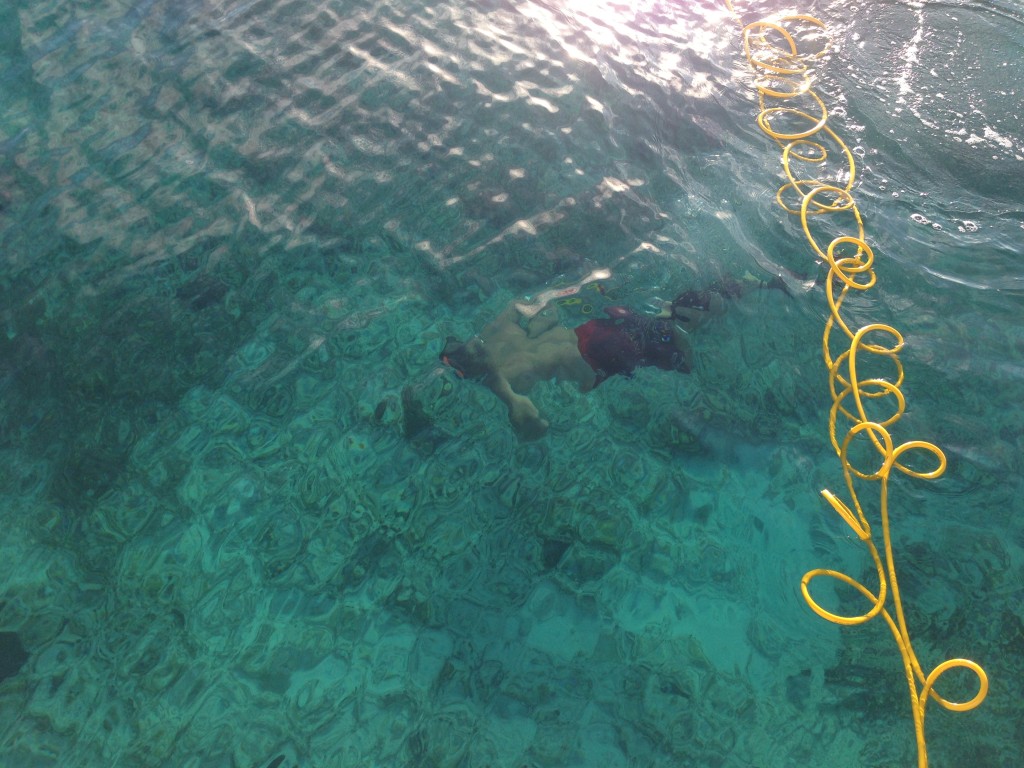 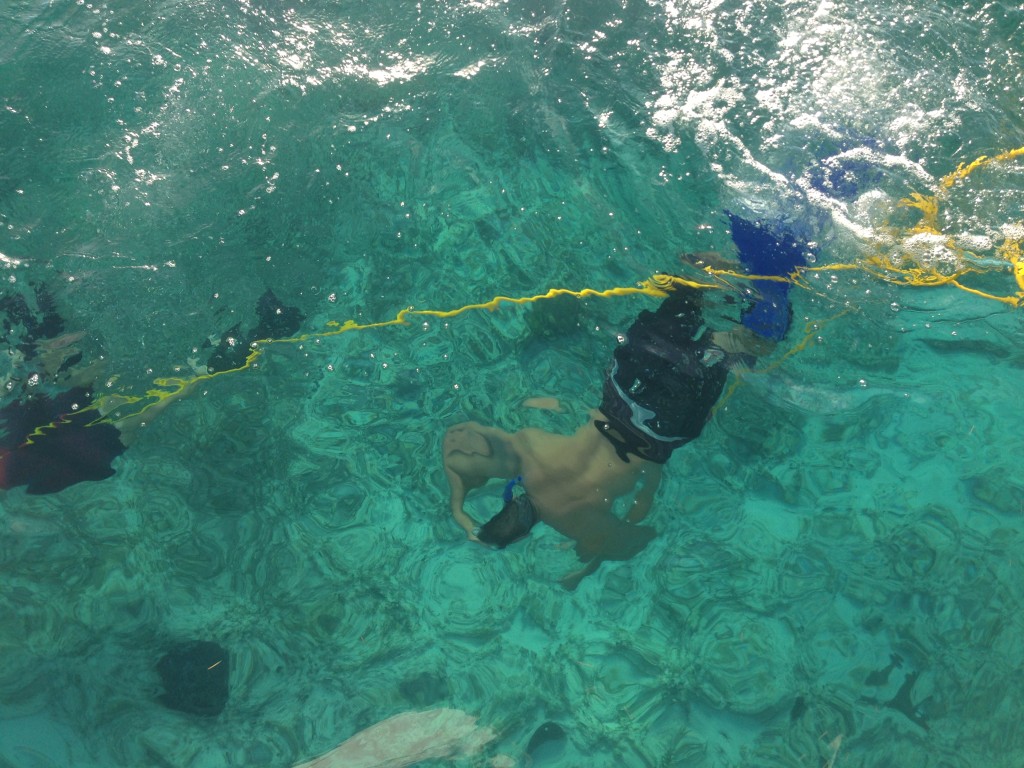 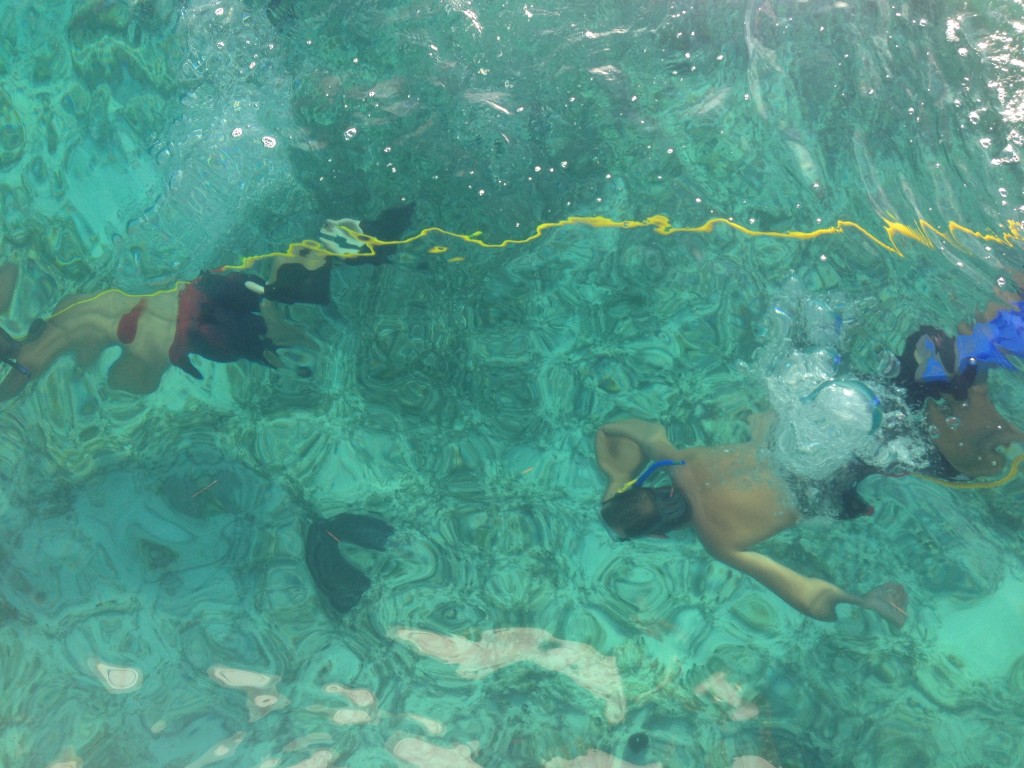 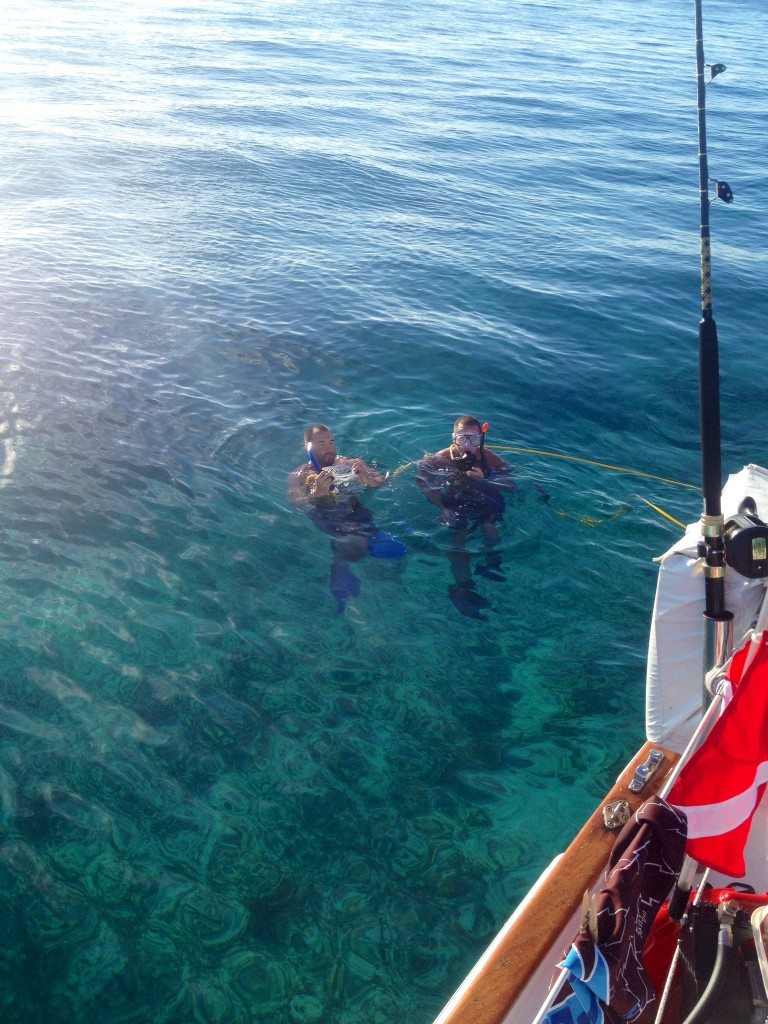 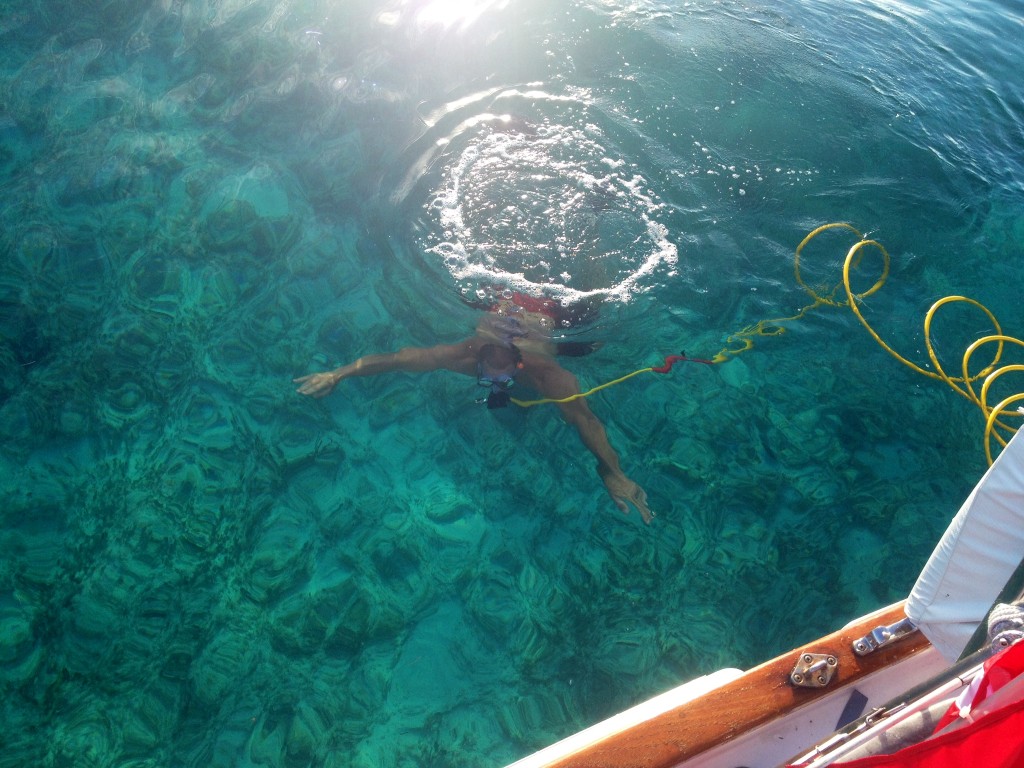 After awhile, they decided it was time to go look at something really cool and swam over to the wreck with their masks and snorkels. It was a little intimidating for me and Leah so we stayed at the boat for now. 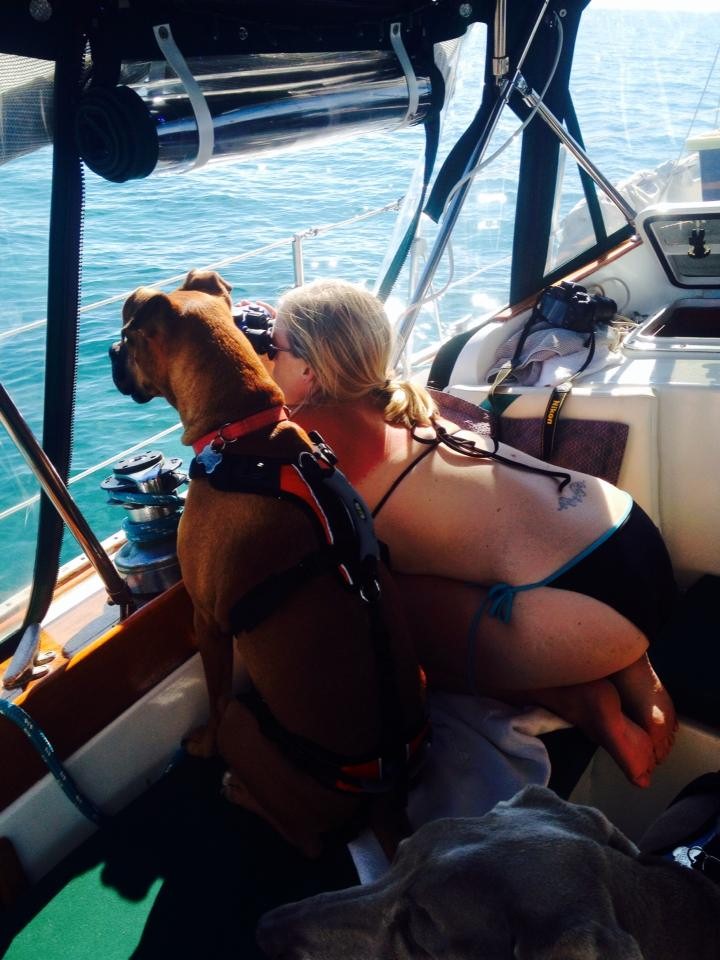 If you haven’t read the page on our website that explains why we chose the name “Where The Coconuts Grow,” be sure to check it out and click the link ‘here‘.

We are finally in a place where we meet all the requirements of what we call the 80/80/80 Rule: 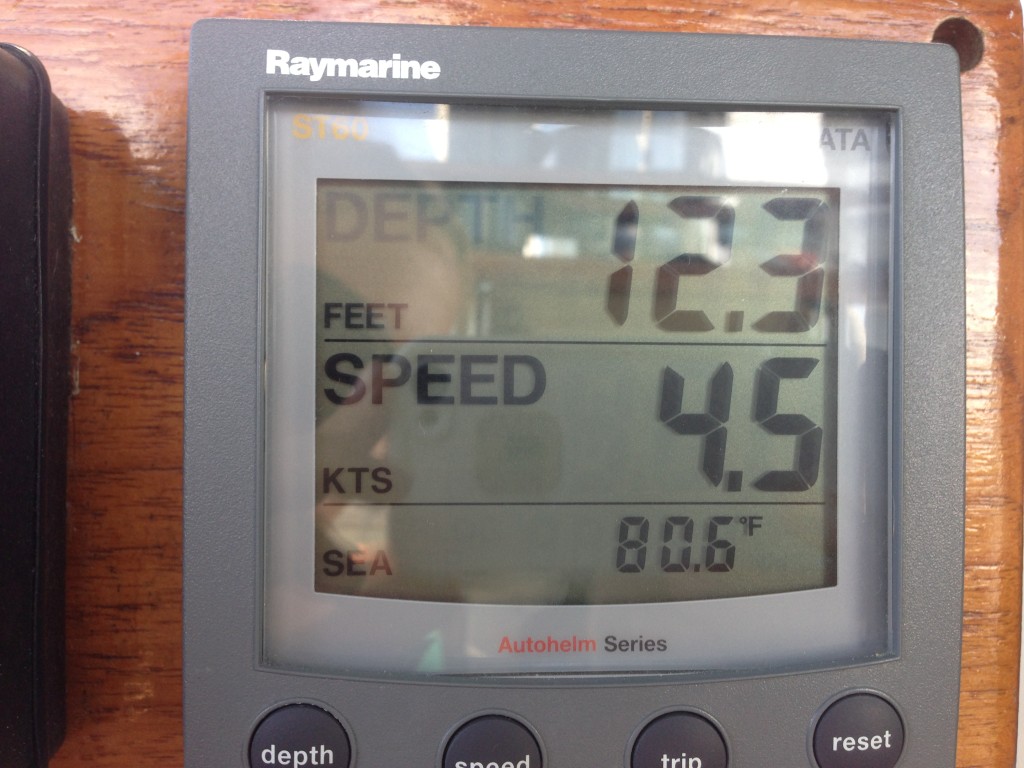 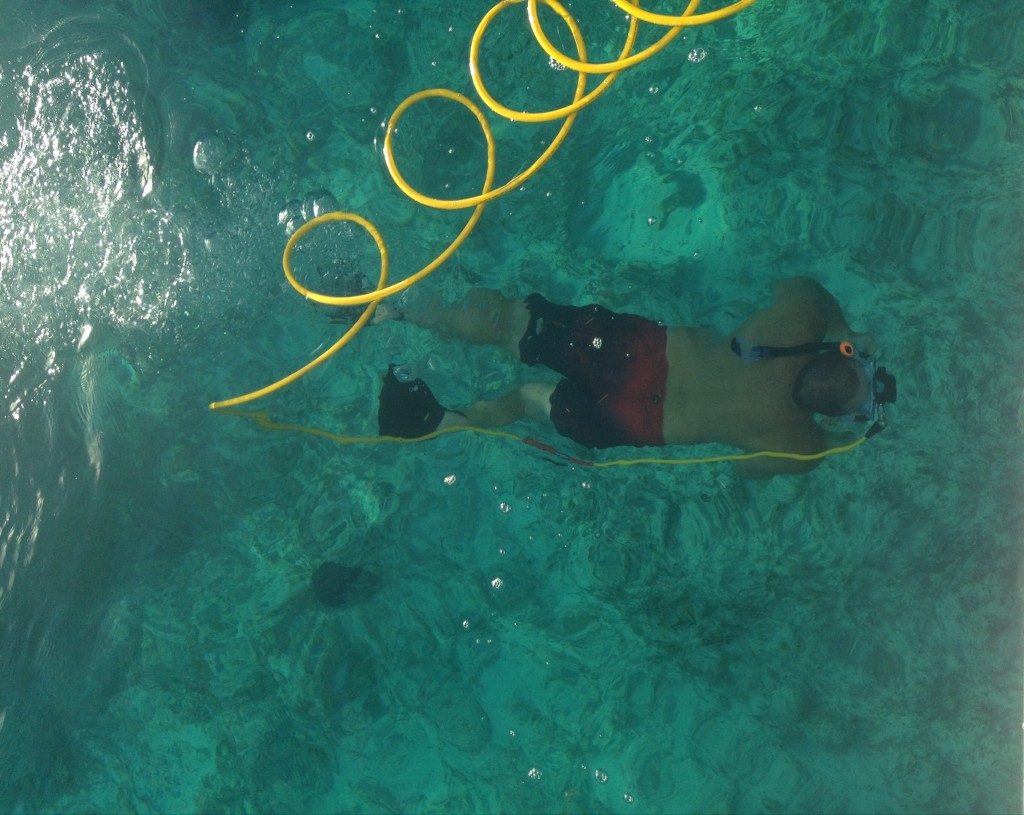 And we see coconuts floating by all the time ;) 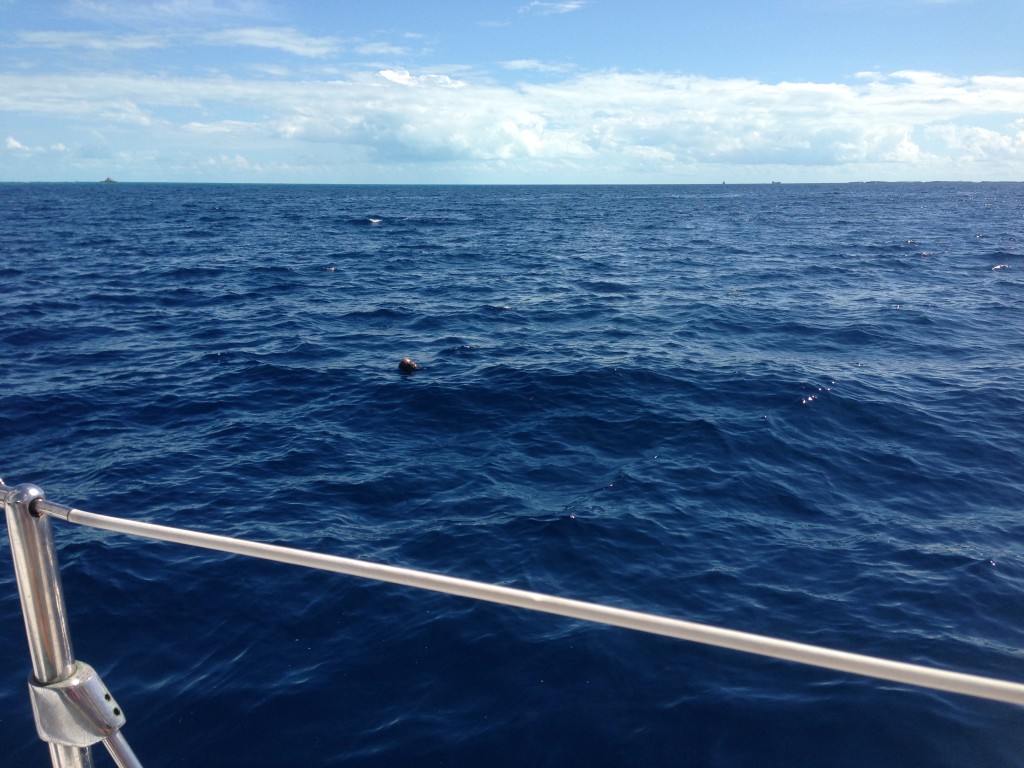 The next day (Tuesday 2.11.14) we all took the dinghy over to the wreck to look for lobster and so Leah and I could look around a little. It was amazing! There was a nurse shark hiding inside the wreck and lots of small fish and coral were fun to look at too. Even though it was just a nurse shark, I wasn’t too interested in getting close to it. Peter and Josh are like fish so diving down to nab those tasty little buggers was no problem for them. Still difficult nonetheless, but we ended up with four lobsters and two conch.

After dinner we pulled up the anchor, began the stowing process and left around 7pm to begin our crossing to the Berry Islands. The Bahama Banks are no joke either. There are some crazy deep areas and it was a good 70nm stretch. To our dismay, the winds were much stronger than we anticipated, giving us an average of 20 knots on the nose. This was yet again another long passage motoring into the wind. This time Peter, Josh and I did fine without taking any seasickness meds. Leah took some just in case. It was a very rolly ride. Trying to use the heads was like being on a roller coaster!!

Half way into the trip we noticed a lot of sea water rolling back behind our port side lockers in the galley. We were heeled over pretty good and dipping the bow into the water a lot so it was really tough to find out where it was coming from. We emptied out all the lockers, sopped up the water and finally determined nothing else was leaking.

We still don’t know what it was, but we have a few ideas. Either it was leftover water that ended up in our anchor locker as we took water over the bow, or it was from one of the seacocks backflowing into the boat as we crashed down from the waves. The aft head had spilled sea water over from the bowl. It hadn’t been locked shut properly and there was just too much pressure to keep the bowl from filling up. The most likely culprit is the leaking anti-siphon hose that is connected to the generator. At least its all clean and dry now! 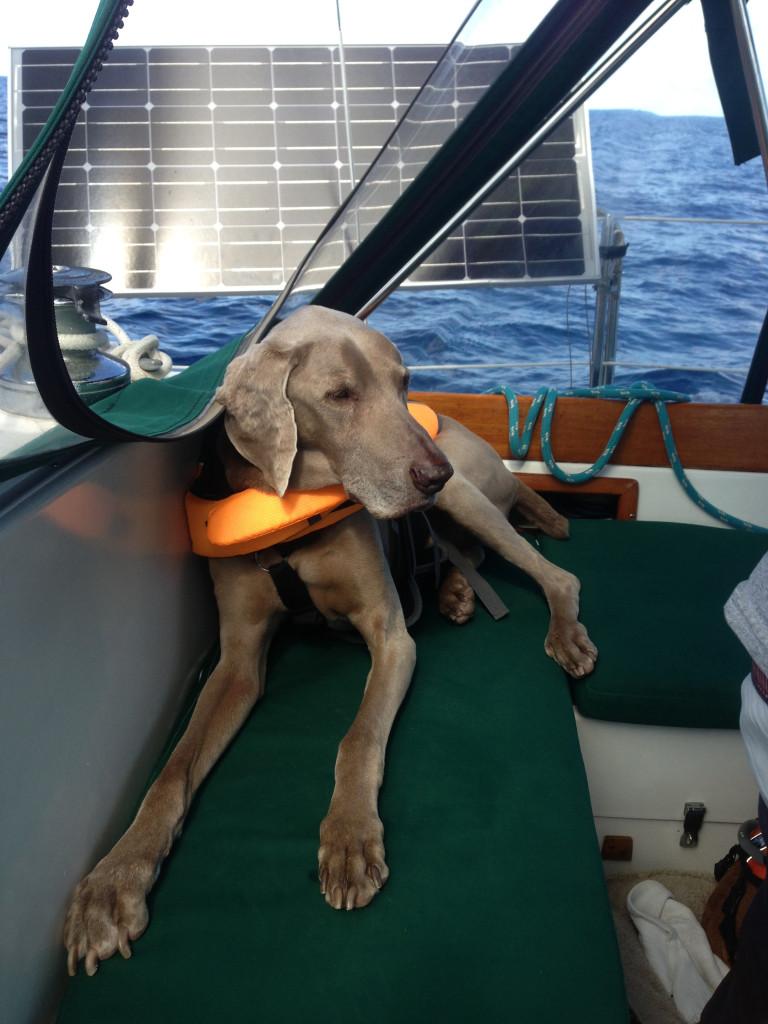 Wednesday 2.12.14 around 6:30pm we made it into Great Harbour Marina. It was dark but we had storm clouds on our tail and we got there as fast as we could motorsailing and tacking like crazy. The marina is super protected and tucked away. Docking was easy and the still water was incredibly peaceful. It was so nice to just be still. The showers were hot, the wifi reached the boat (although spotty and super slow) and there was a restaurant nearby to fill our bellies after a long crossing. 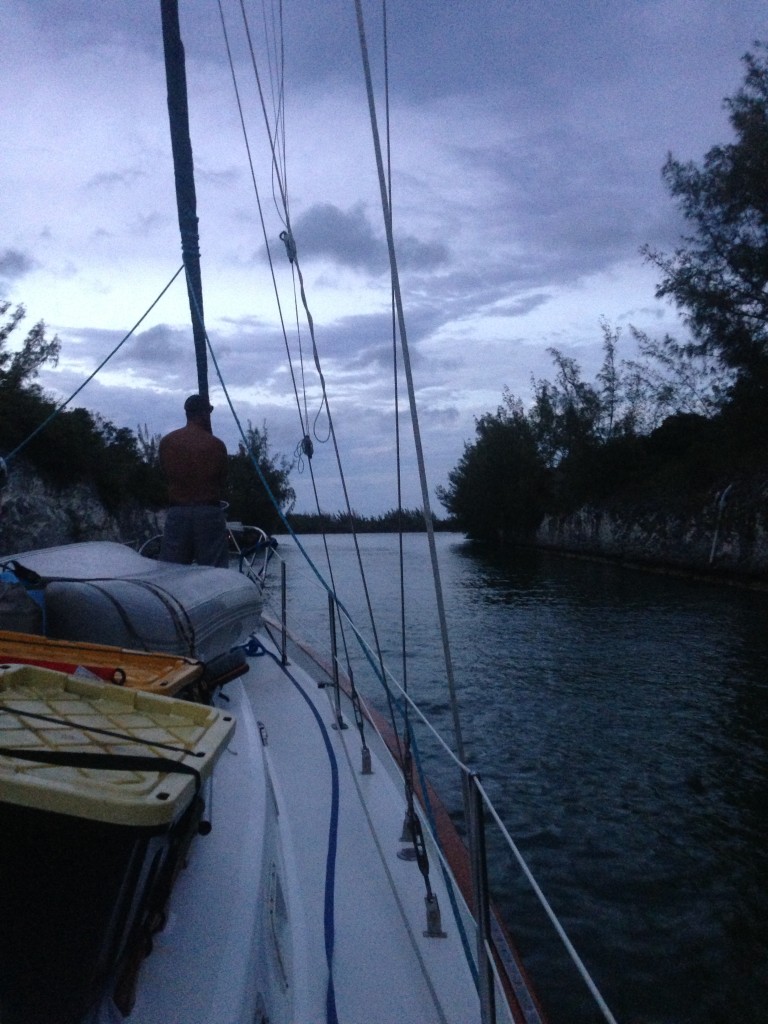