Petit Tabac is a small, beautiful island on the outskirts of the Tobago Cays. 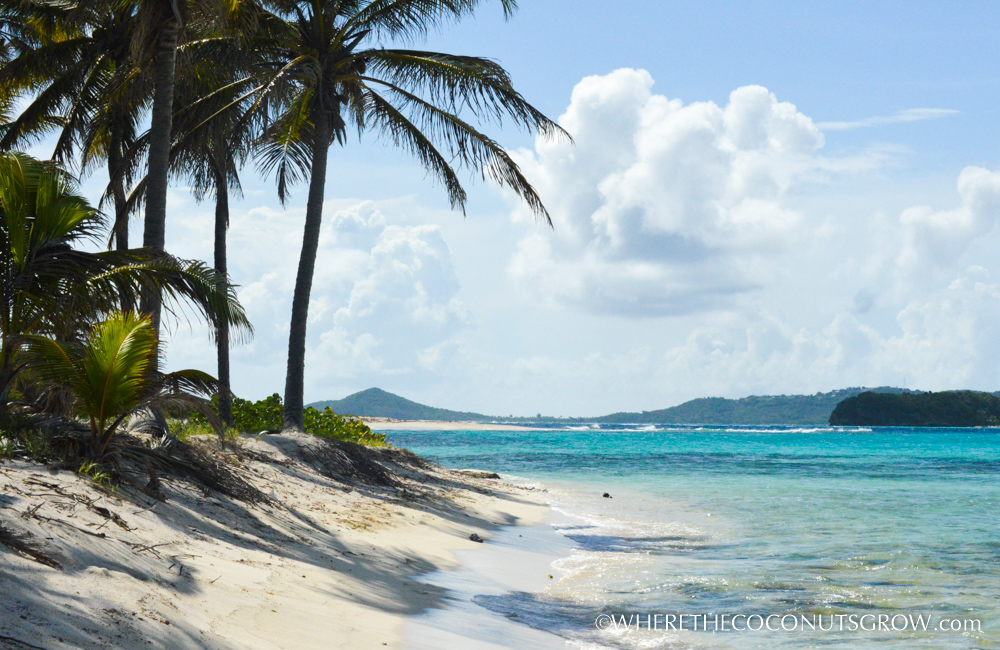 This little island happens to be where they filmed the scene from Pirates of the Caribbean where Captain Jack Sparrow and Elizabeth danced around the fire and drank rum before she set the whole stash ablaze. 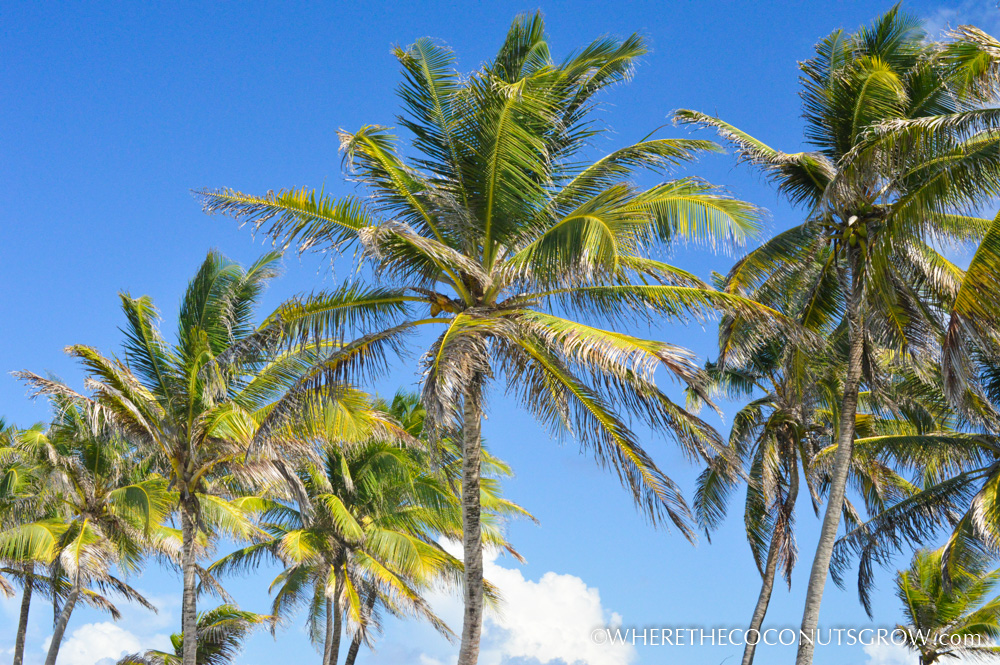 It felt like a dream. I wouldn’t mind being stranded here!! 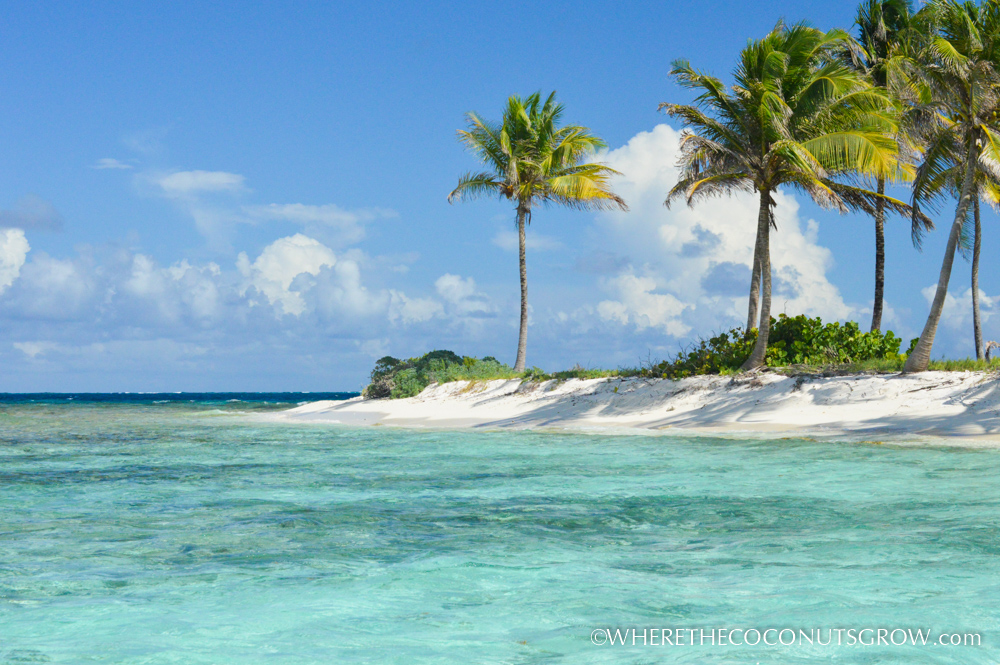 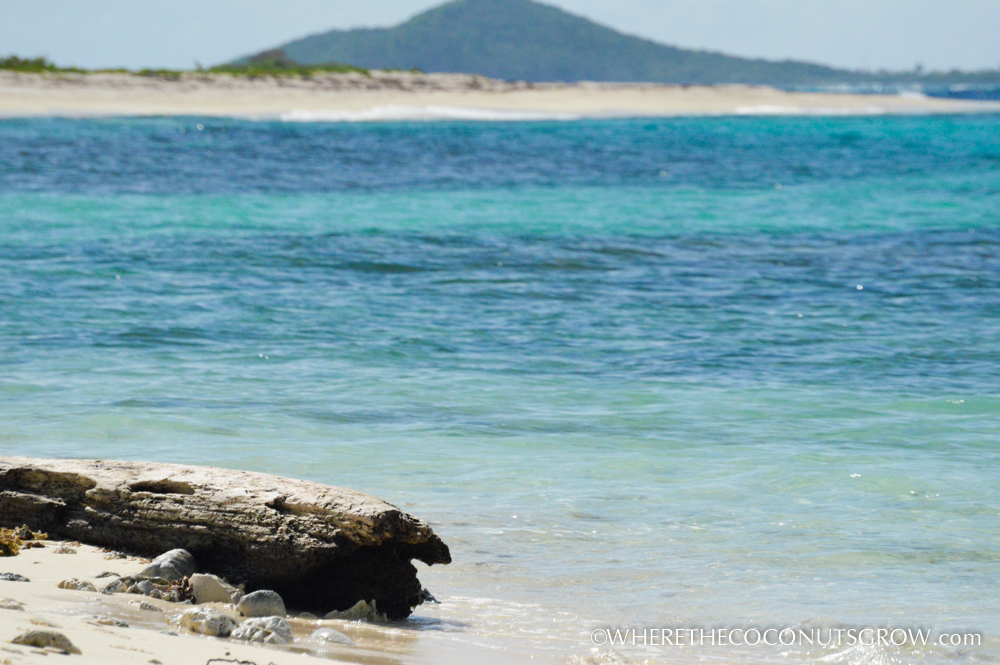 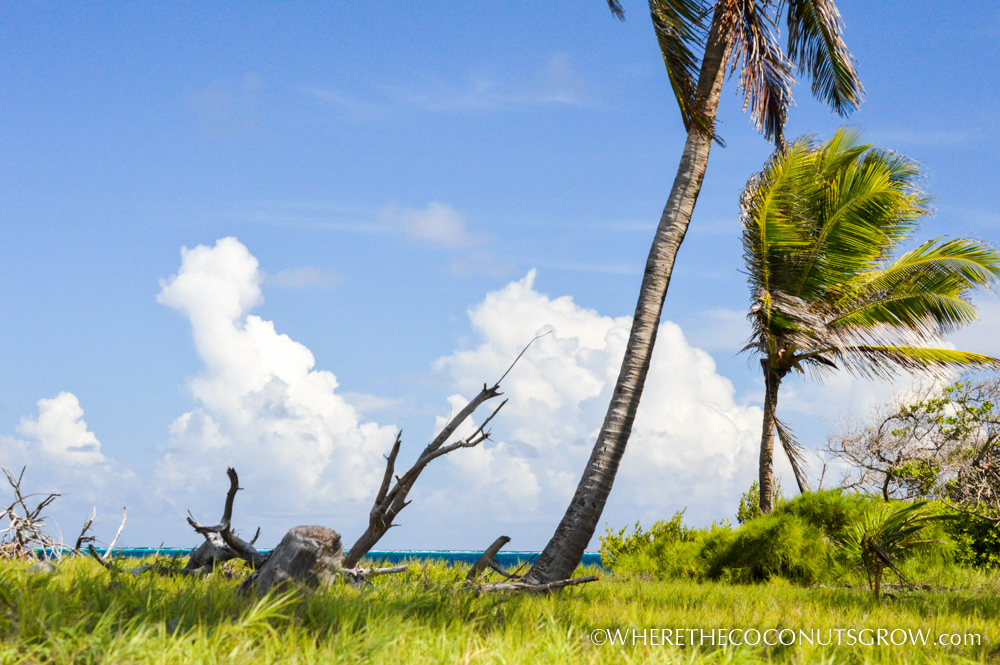 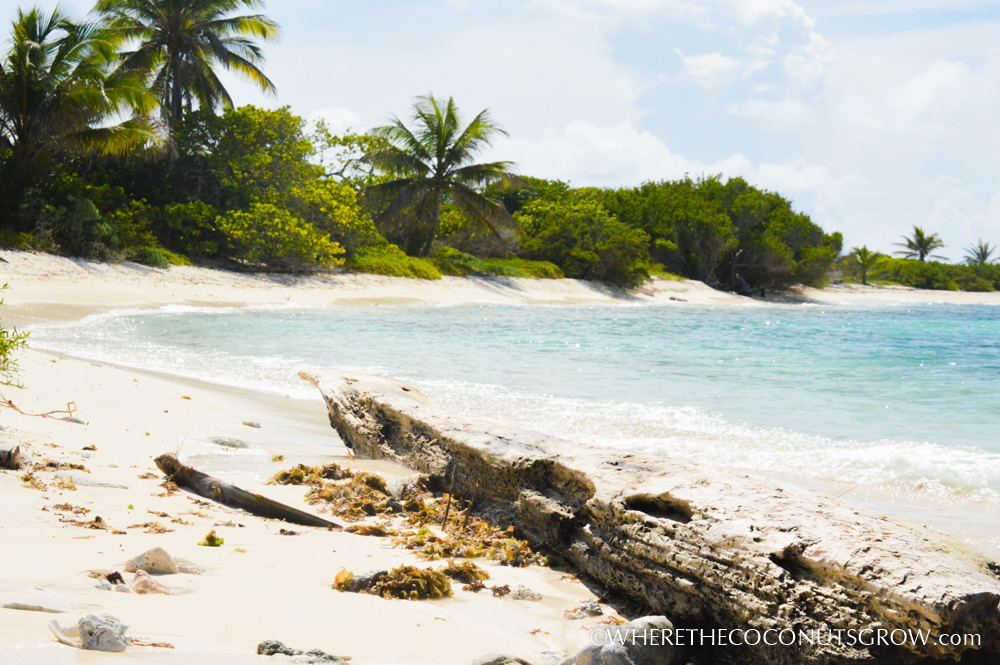 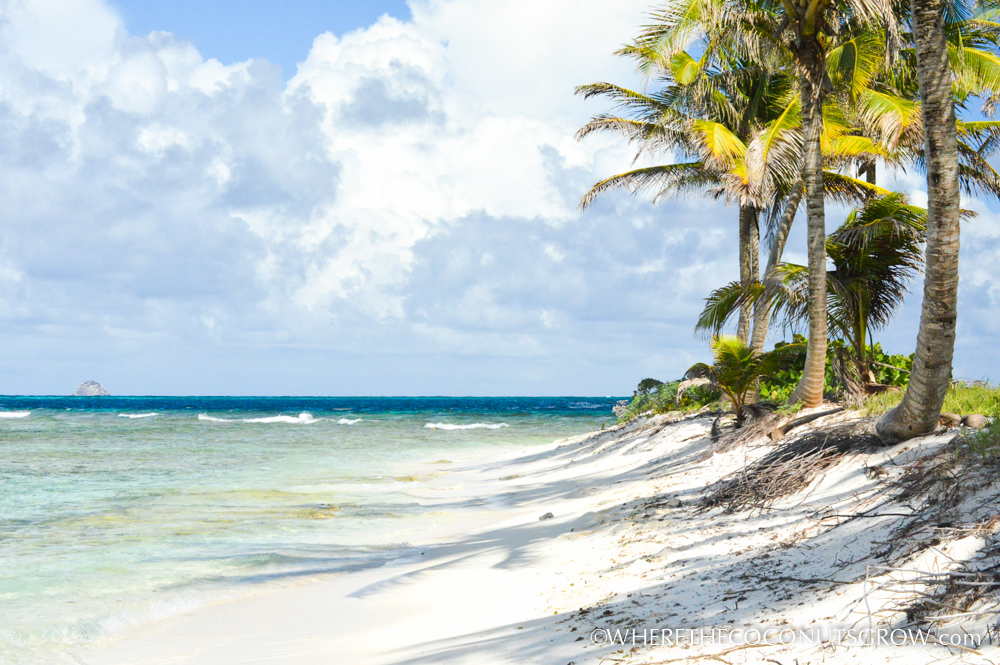 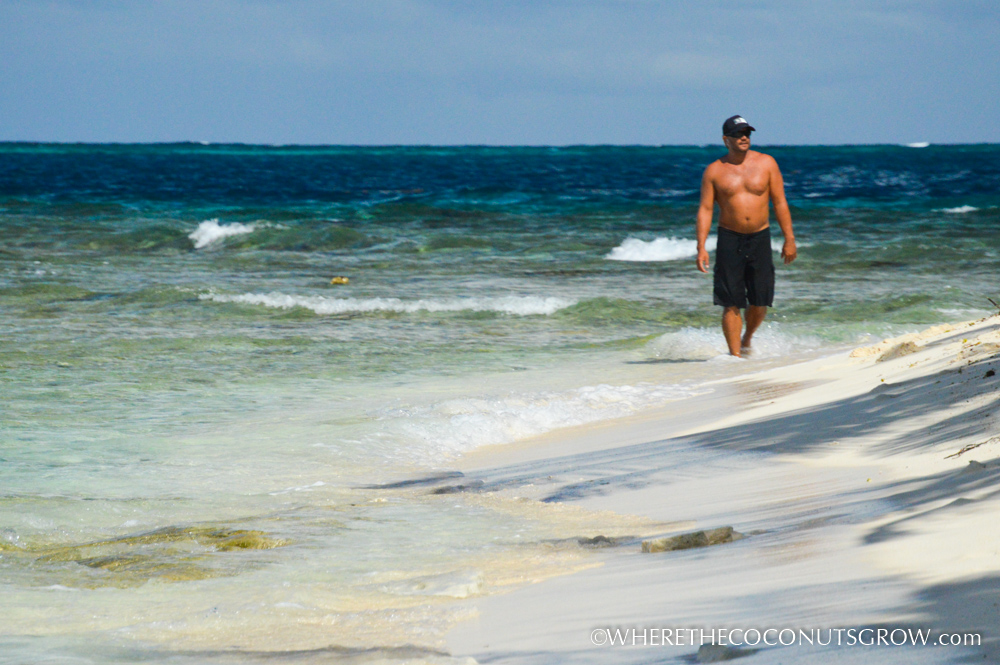 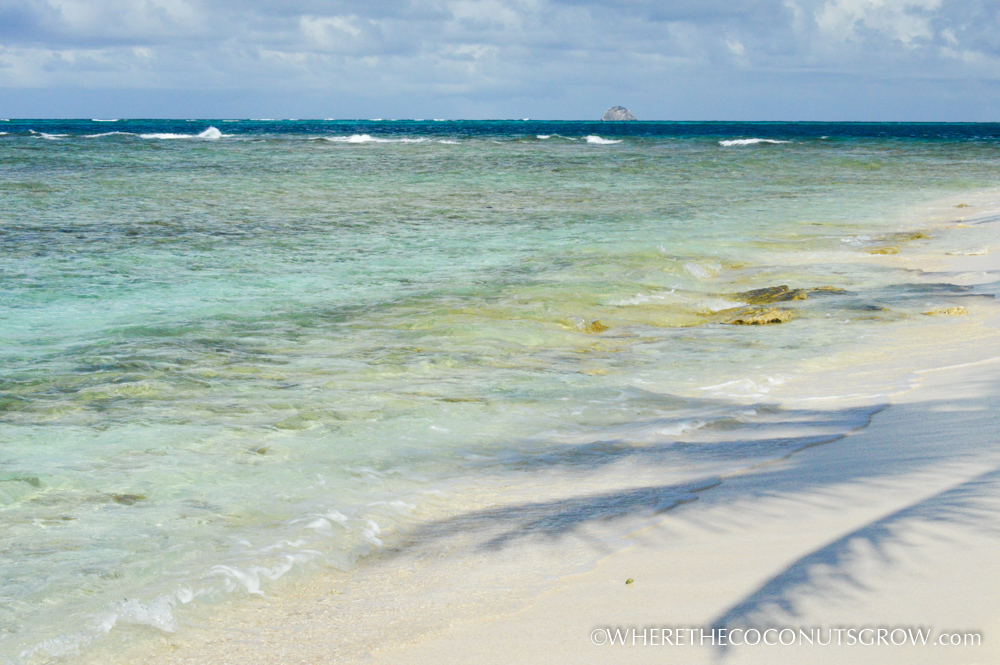 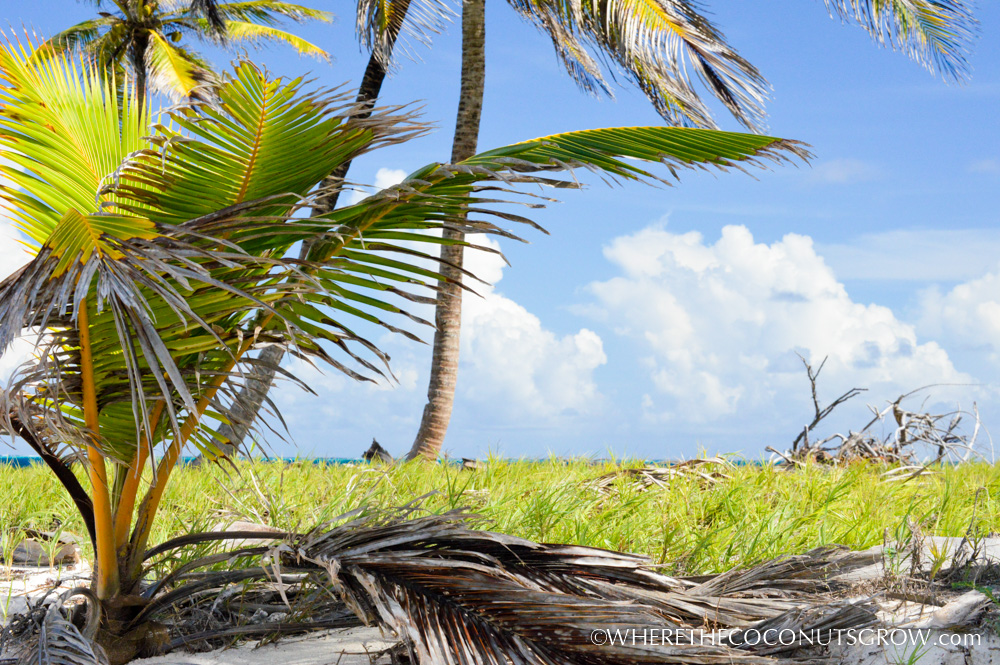 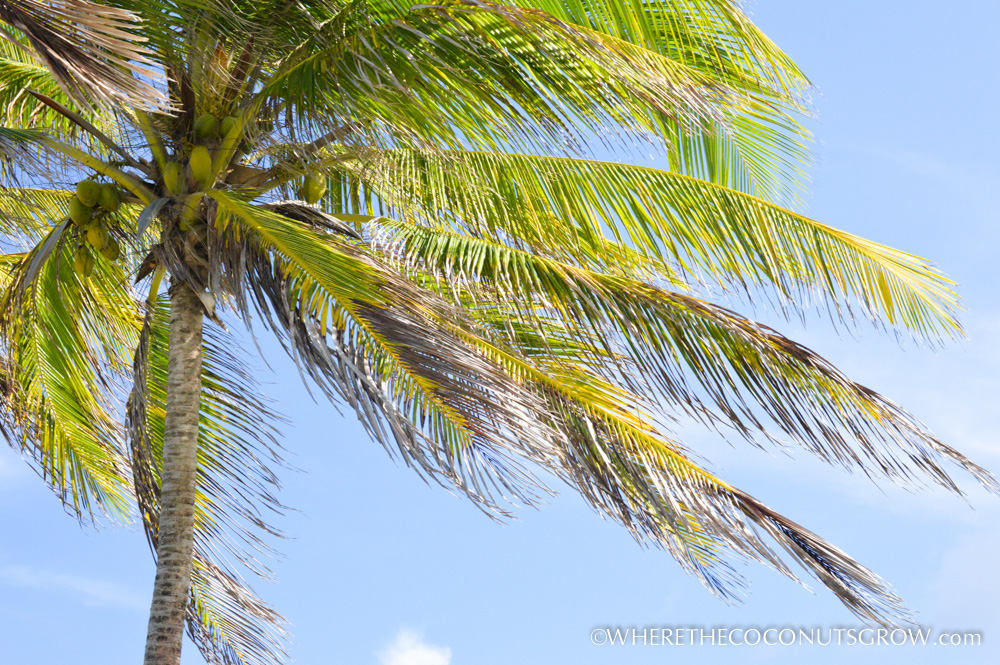 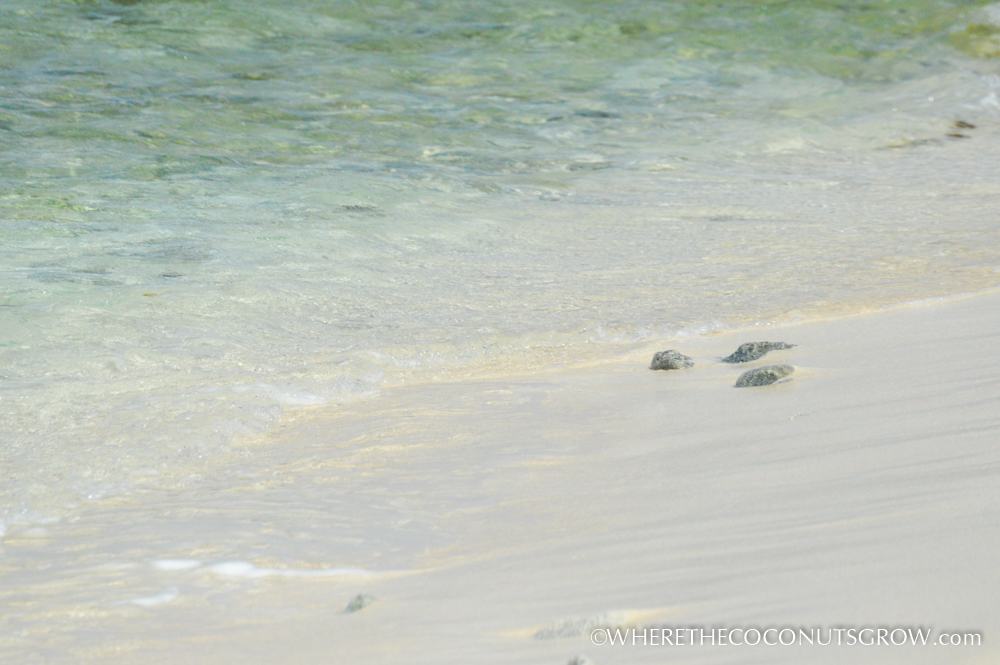 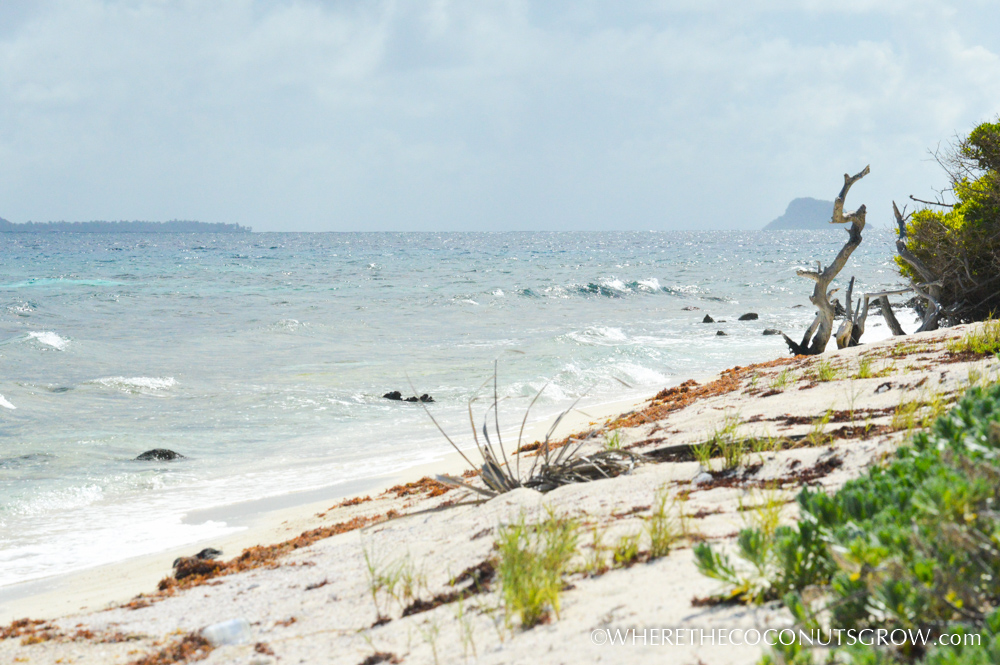 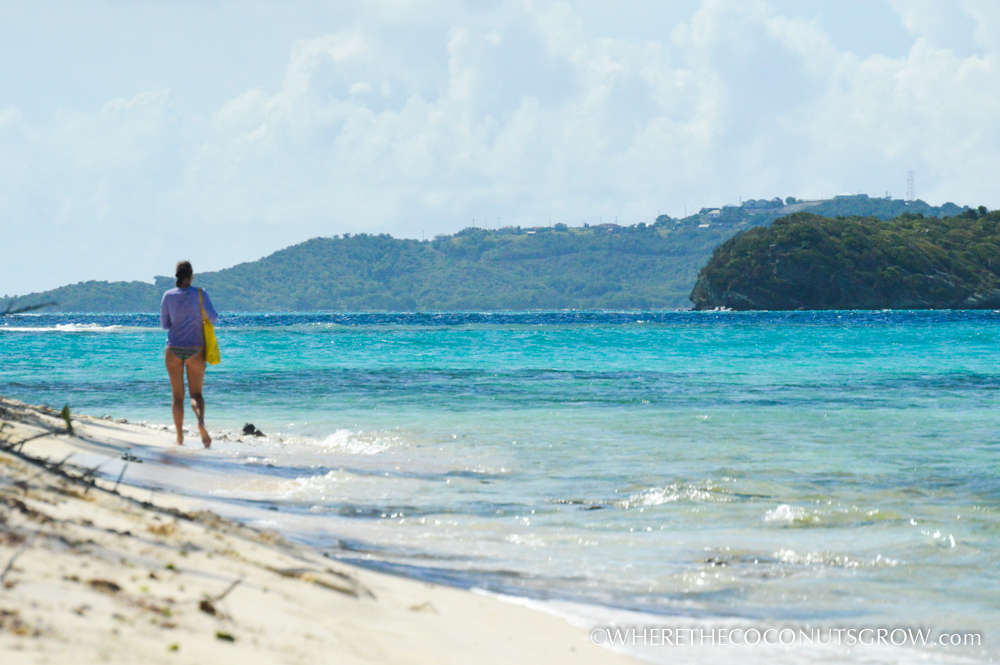 After snapping some photos, Luis, Patty, Peter and I all went snorkeling along the deep drop off that encircled the island.

No sharks, thank goodness, but we did see an amazing assortment of underwater wildlife. We were almost finished swimming around when I looked up and saw some intimidating clouds headed our way. I told everyone we needed to get moving and get back to our boats. We had left everything open, sure that it wasn’t going to rain, but now it most definitely was going to pour.

The anchorage on Petit Tabac is very small, maybe big enough for two boats, and only suitable for day use in settled weather. A reef extends along both sides of the channel leading into the anchorage area, with a swift current outside the channel. As it was our first time visiting, we made the decision to not follow Brett Ashley all the way in, and we anchored on the very outside edge of the channel. 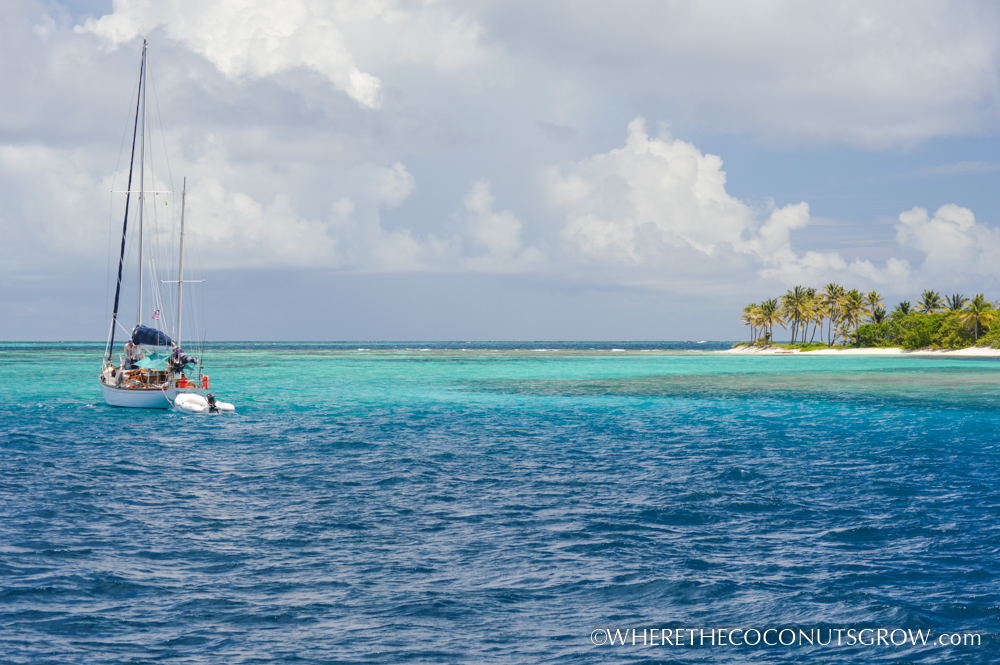 As the squall approached, we swam as fast as we could back to the dinghy where we left our camera gear. The rain hit just before we got there and the winds had picked up substantially. Peter looked over to check on the boat and let out an awful gasp. Brett Ashley was okay, but Mary Christine was teetering back and forth on the reef to the starboard side with each rise and fall of the waves. The approaching squall had swung the boat up onto the reef!!

We all flew over in the dinghy as fast as we could. Peter and I climbed aboard and started the engine while Luis and Patty stayed by our side in the dinghy. I was trembling with fear. The dogs were in the cockpit, barking profusely at the storm and confused by all the commotion. We never go inside until we have rinsed off with fresh water, but this was an emergency! I cringed inside as I climbed around soaking wet. The rain was coming sideways making it difficult to see anything as I tried to close a few of the isinglass panels in our cockpit.

With the winds rapidly increasing, it was not safe to go further forward toward the island. After checking the bilge to ensure we were not taking on water, Peter turned on the instruments and went up to the bow to release the anchor chain while I put the boat in reverse and Luis pushed us from the side. Though it felt like hours, it took at most three minutes before we were off the reef and safely floating in the channel again.

Luis immediately dove in the water to check for damage to our hull. Luckily there was no damage, only a few scrapes to our keel.

I backed us away from the reef into deep water and Luis stayed behind to dive and retrieve our anchor. What an angel. We told him we’d meet him back inside Horseshoe Reef. We motored away and a gorgeous rainbow appeared where we had just come from.

We tied off to a mooring ball and waited until Luis arrived with our anchor, struggling to calm our nerves. It has always been Peter’s greatest fear to have to let our anchor go in the middle of a squall, and now it’s happened to us TWICE! 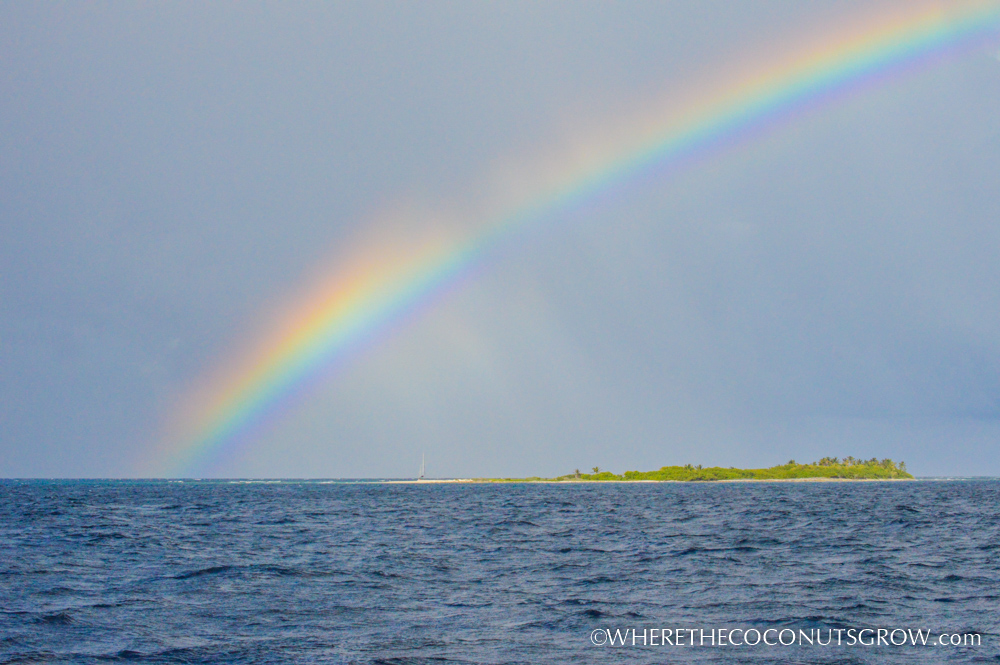 We’ve since returned to Petit Tabac, but only by dinghy.

Would you risk it??

We are currently in the USVIs while Peter completes the courses needed for his USCG 100 ton Near Coastal Masters Captain’s license.