For ages, salty sailors have told stories of strange happenings out at sea. Though intrigued by the legends of those that have gone before us, the stories we tell here are first hand accounts and shared in detail by those directly involved. 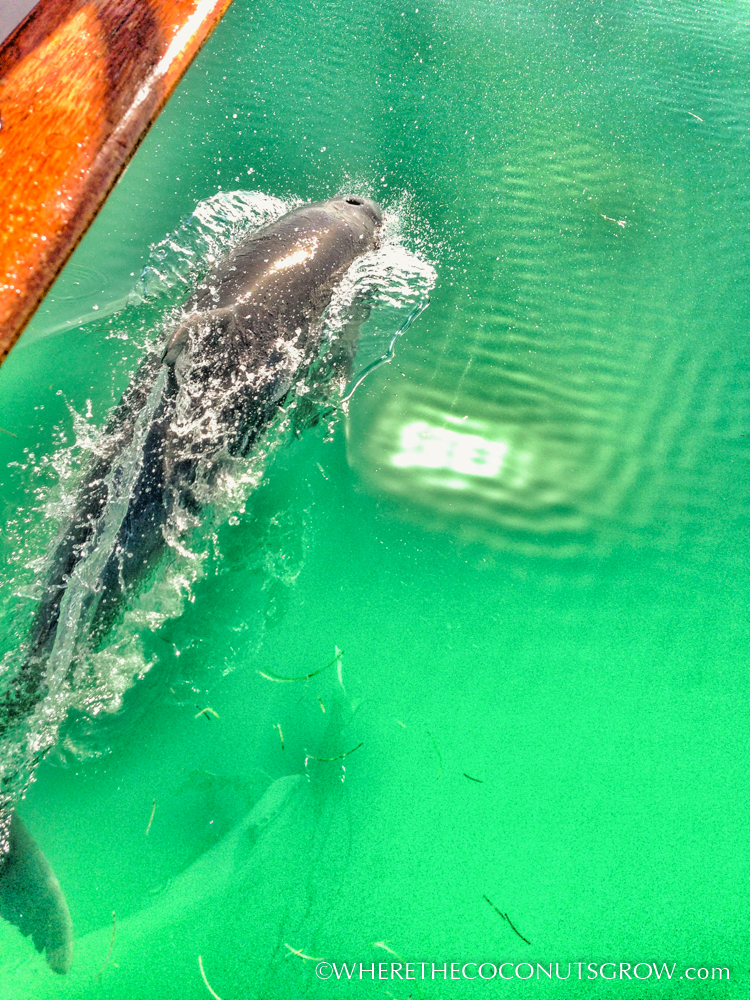 After a quick consultation with Google I found at least a hundred different sayings, superstitions and lore of the sea. Many of these you have probably heard before, like “it’s bad luck to change the name of a boat.” Well, I think the precautions we took to avoid this one have worked out pretty well for us!

Most engrained into my memory is a saying my grandfather always told me when I was little. Whenever we would see a red sky at sunset the night before going boating in the San Juan Islands of the Pacific North West, he would tell me “Red sky at night, sailor’s delight! Red sky in the morning, sailors take warning.”

Apparently the saying originated in England, where weather systems move from west to east. According to Wikipedia, weather systems typically move from west to east, and red clouds result when the sun shines on their undersides at either sunrise or sunset. At these two times of day, the sun’s light is passing at a very low angle through a great thickness of atmosphere commonly known as The Belt of Venus. The result of which is the scattering out of most of the shorter wavelengths — the greens, blues, and violets — of the visible spectrum, and so sunlight is heavy at the red end of the spectrum. If the morning skies are red, it is because clear skies to the east permit the sun to light the undersides of moisture-bearing clouds coming in from the west. Conversely, in order to see red clouds in the evening, sunlight must have a clear path from the west in order to illuminate moisture-bearing clouds moving off to the east.

BUT DID YOU KNOW THIS?

Now that we live in the tropics, the prevailing winds are Easterly Trades, moving from east to west. Even though he hasn’t caught many waves this summer, Peter will always be a surfer at heart and prefers the version from surfline.com which has been adjusted for the tropics: “Red skies at dawn, surfers surf on. Red skies at evening, surfers start leaving.”

Dolphins swimming with the ship are a sign of good luck!

We’ve seen so many dolphins in all of our travels. They have led us into and out of the majority of our anchorages and they have appeared on many of our passages.

My favorite dolphin encounter was before we even started our journey when we were living on the boat at Burnt Store Marina in Florida. We were taking a late night stroll with the dogs and noticed a bunch of splashing in the channel headed toward the North Basin docks. The moon wasn’t out and the darkness filled the sky. A bright bluish-green glow appeared at the water’s edge and swept back and forth and around and around in a sparkly pattern. It was absolutely MAGICAL! Unlike anything we have ever seen. The bioluminescence was being stirred up by a single dolphin feeding at night. It swam around near us for about 10 minutes as we watched the show, then slowly disappeared as the dolphin swam away. Even if we had one with us, our cameras never would have been able to capture what we saw. It was one of those moments you have to see with your own eyes. Ever since then, every dolphin we see has been extra special! 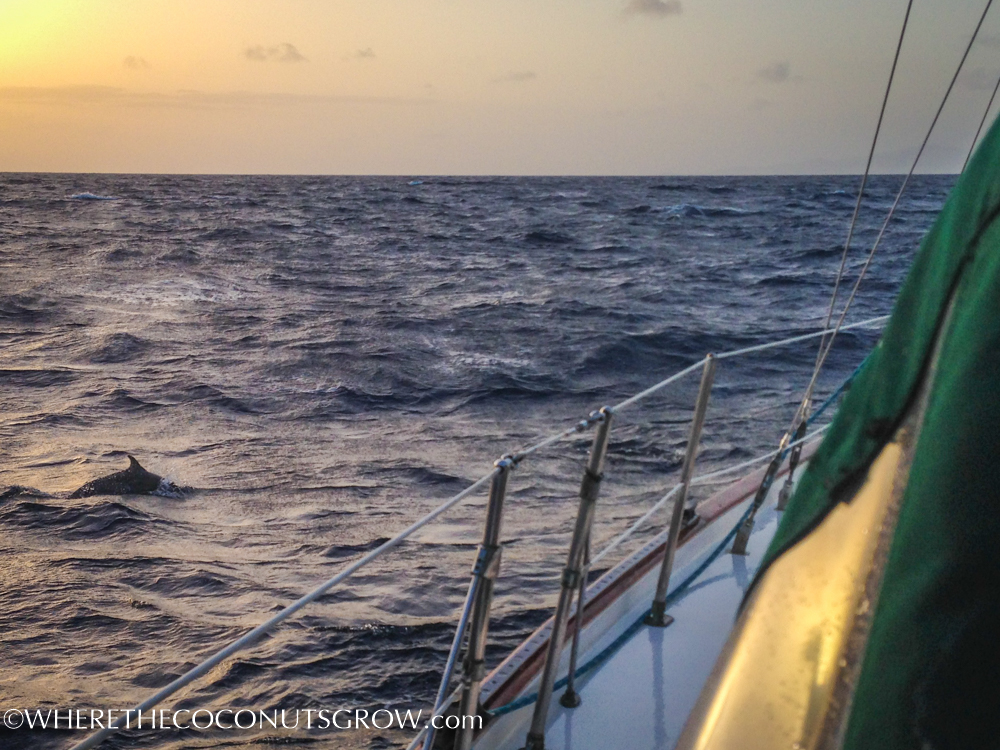 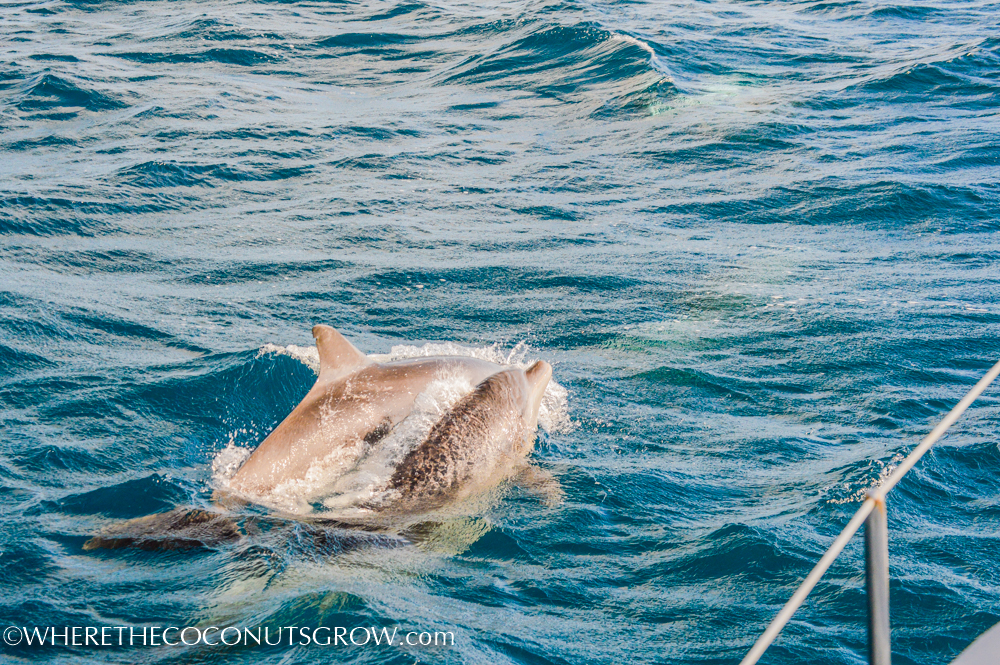 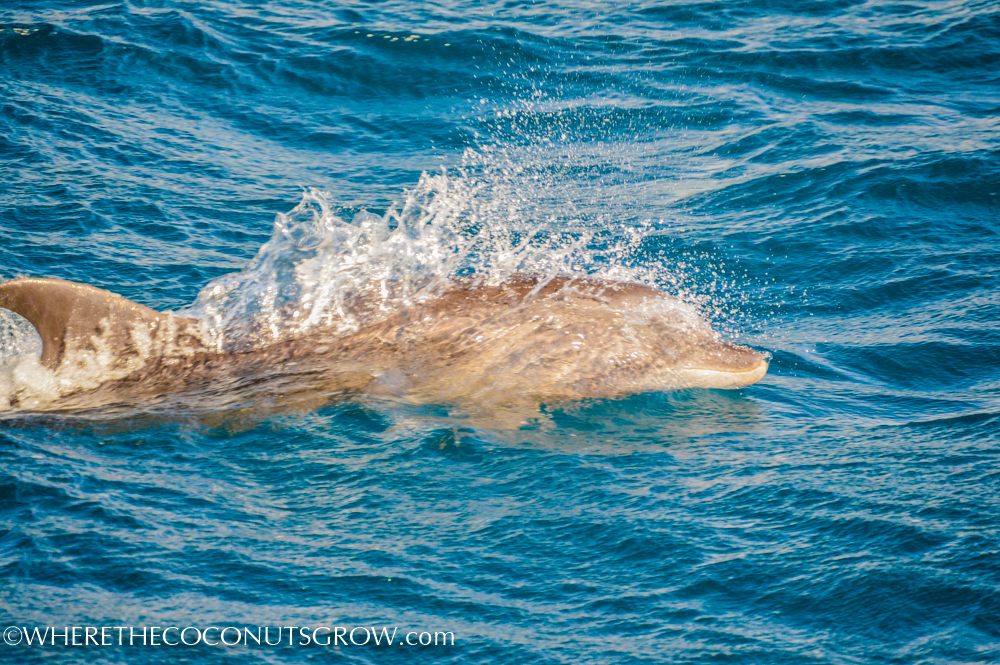 What are your favorite superstitions at sea?

LOOK Insurance wants to uncover all the sailing superstitions they can find for a fun little project they are working on. Please click over to their survey HERE and tell them your #1 favorite sailing superstition, where you first heard about it, and what you do to stop bad luck when sailing.

If you have any salty myths or secret lore that you’d like to see published here, please contact us on the blog or through our FACEBOOK PAGE!