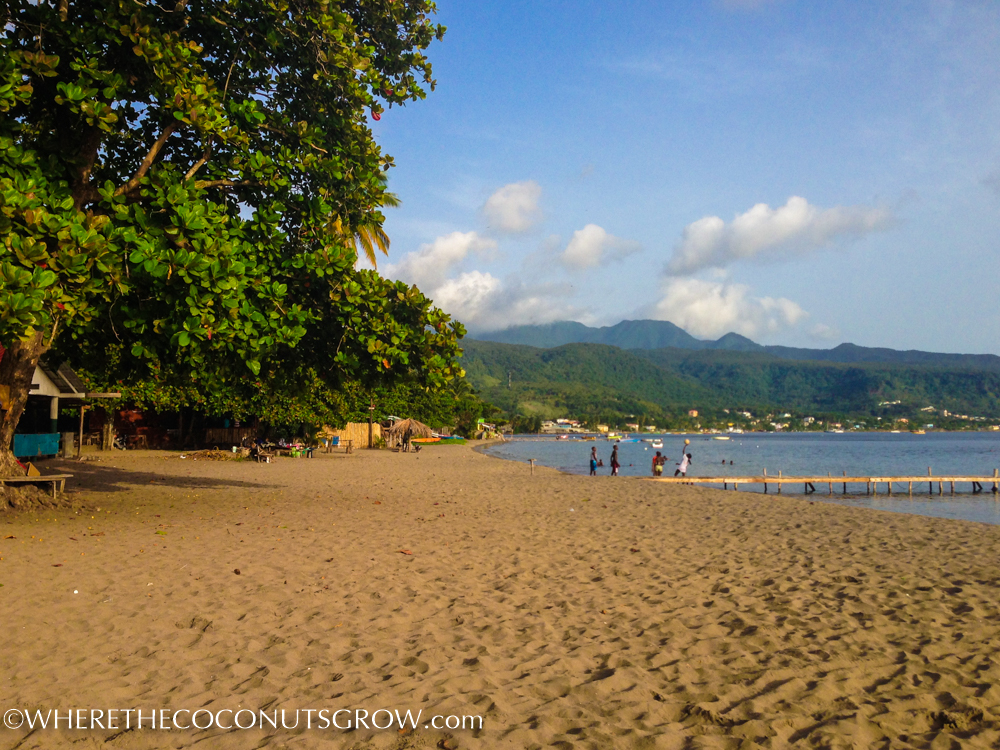 Guadaloupe was a very short stop. After a late morning nap we gathered ourselves together and prepared for the next leg of the trip leaving just a few hours later for Dominica.

Portsmouth in Dominica treated us well for the next few days. Liquid sunshine glistened on our skin and we enjoyed the quiet anchorage.

Most of the beach bars and restaurants were closed because it was so late in the season. Luckily, one very small local bar called Monty’s was open and serving the fresh catch of the day. If you ever visit Dominica, be sure to find this hidden gem in the northern most corner of Portsmouth, marked by a small rock jetty. 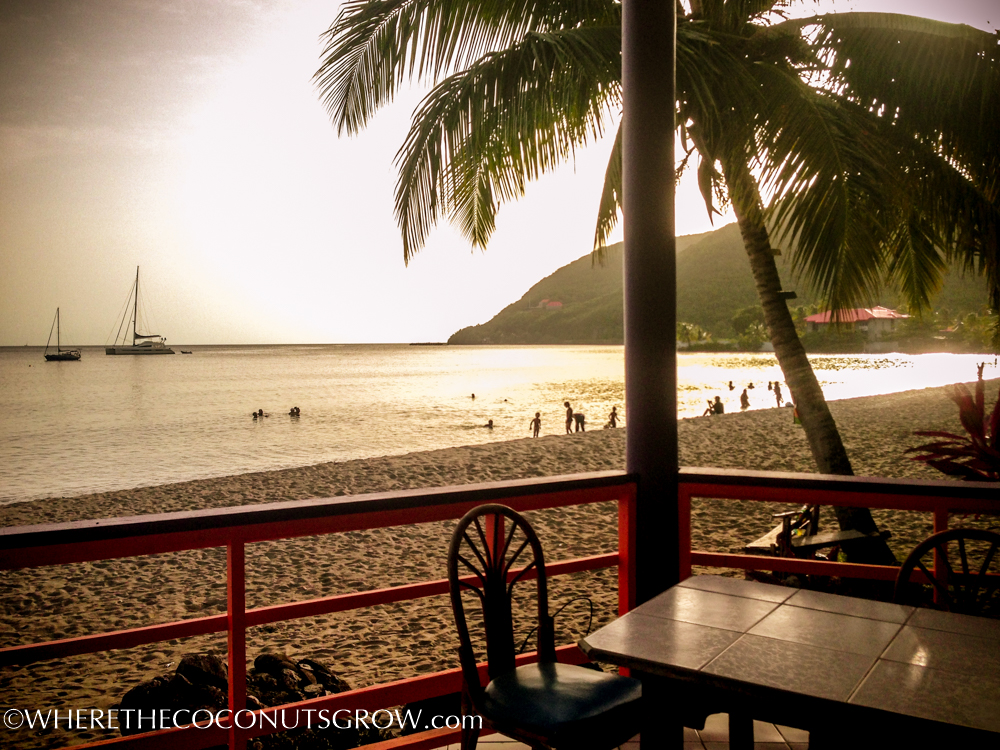 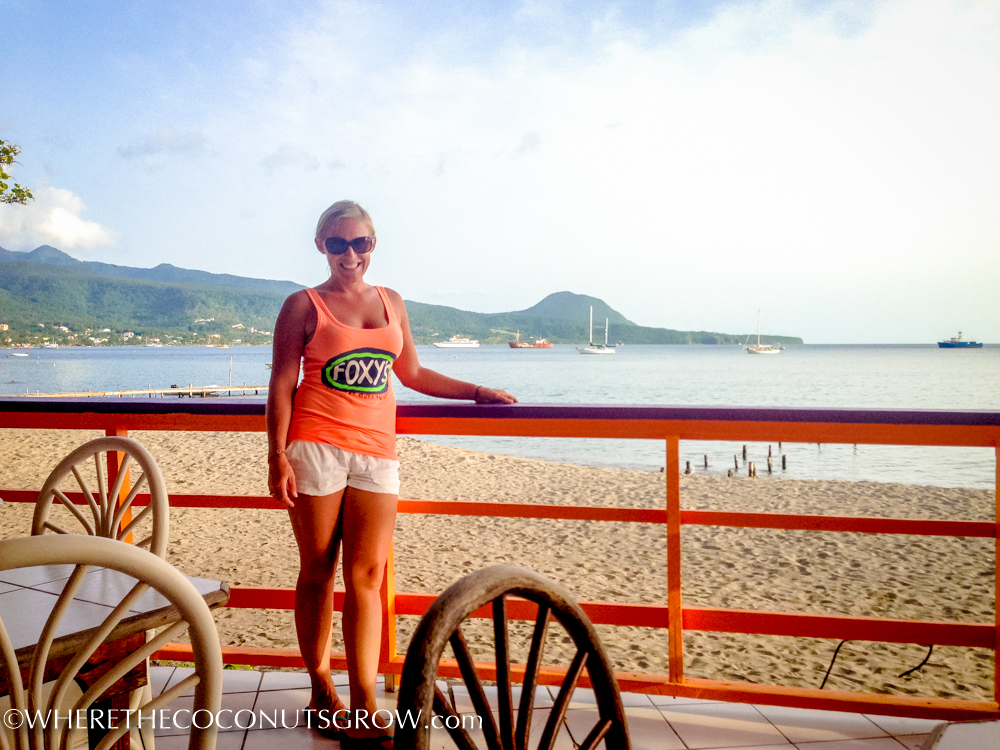 After a bad incident a few years back, several of the locals have gotten together to form what is called the Portsmouth Association of Yacht Security (P.A.Y.S) – a group of trained and certified locals that patrol the harbor 24/7 from November through May. We were told that even if you can’t see them, they are watching. We felt very safe. These guys also double as tour guides each with their own flair.

For our first time in Dominica, Titus became “our guy,” representing the Lawrence of Arabia group of boat boys (also part of the P.A.Y.S. association. We took a wonderful tour up the Indian River with him (stay tuned for pics in the next post) and he even took us out on a private tour to all the best local spearfishing spots!

Foreigners are not allowed to spearfish in Dominica, unless accompanied by a local. Titus was just doing us a favor by taking us out on his boat, but he was pleasantly surprised when Peter slayed one Lionfish after another in just a short two-hour period. 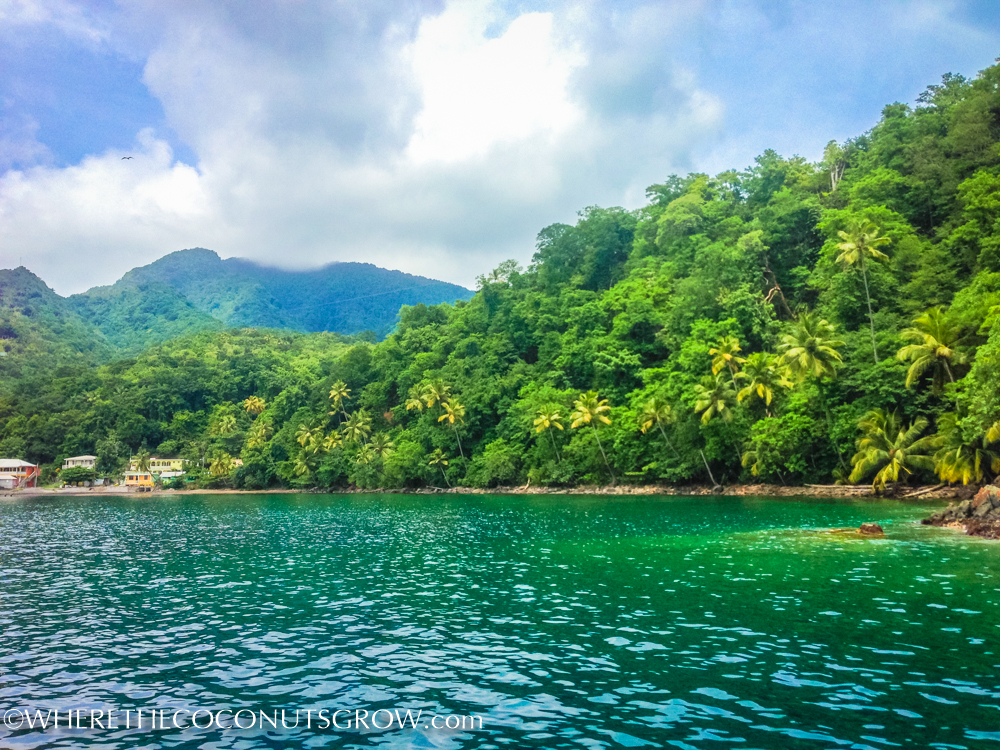 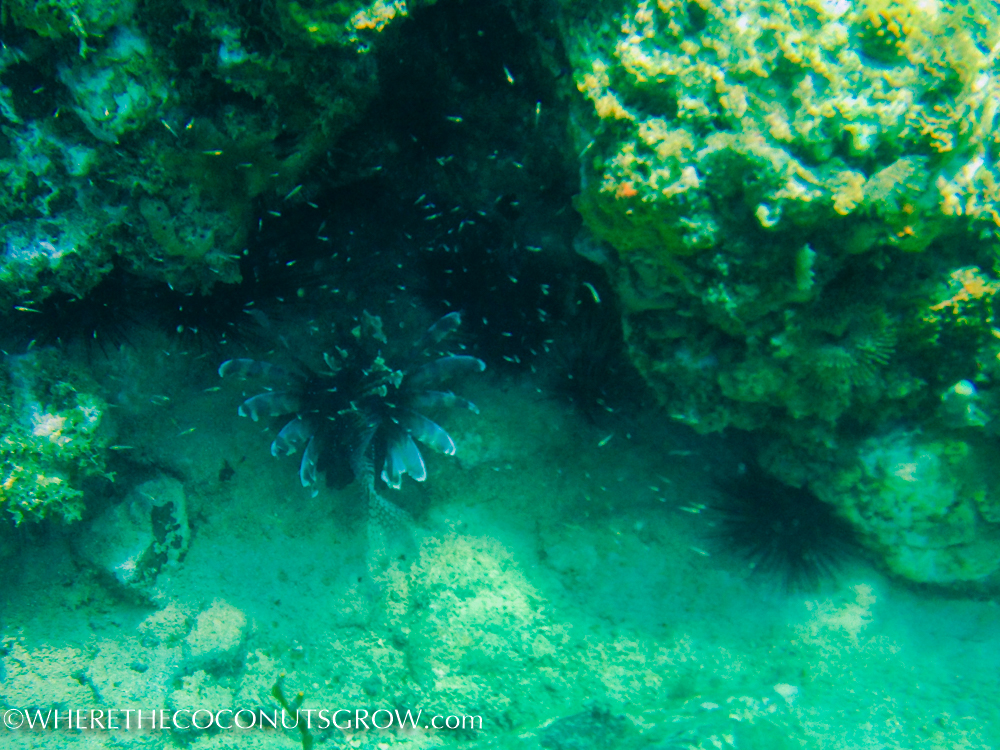 Peter got two in one shot on his first kill! 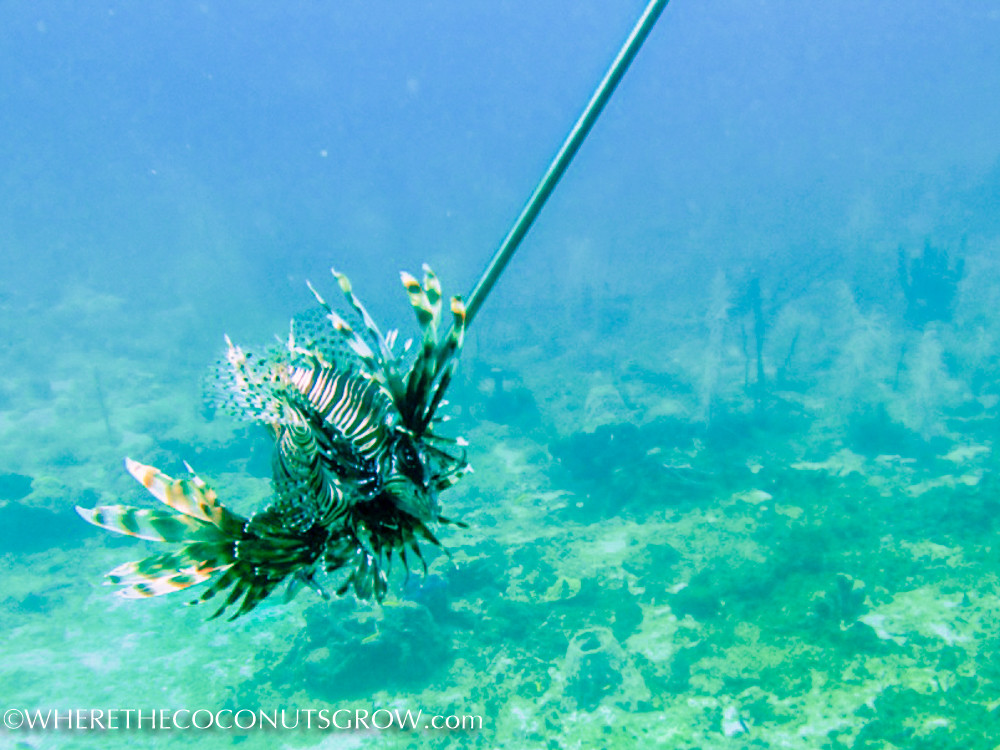 He carefully handed the spear up to Titus where he clubbed the two monsters and then removed the spear tip, sliding them off the end of the spear into his boat. 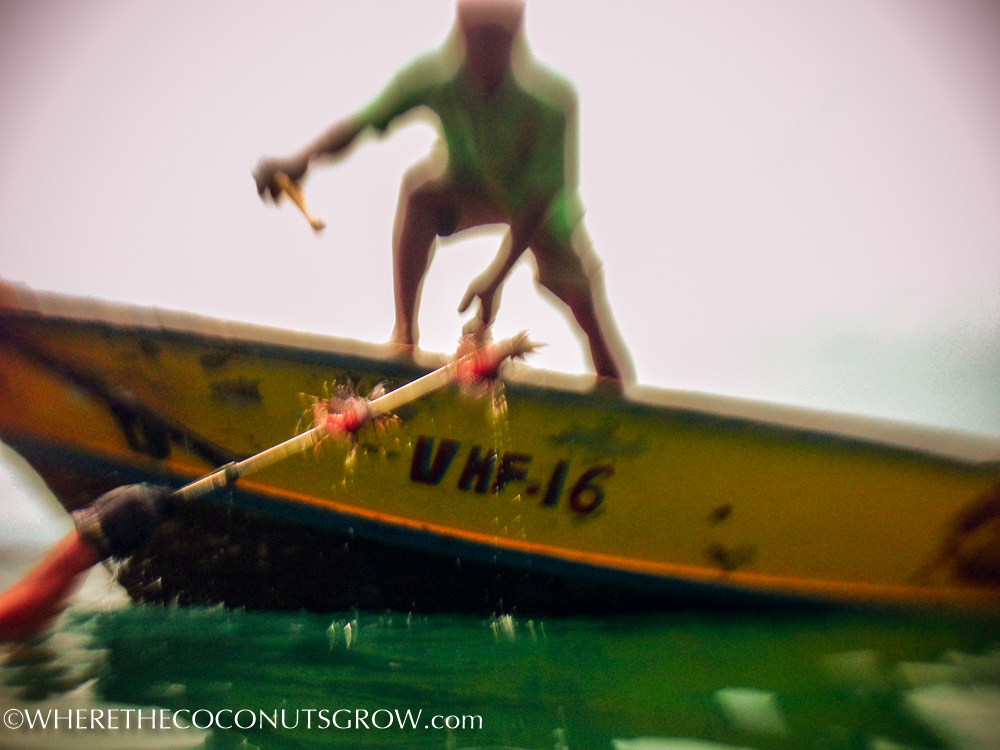 We ended up with at least 10 large Lionfish and shared half the catch with Titus. Five Lionfish provided a decent size meal for two people. 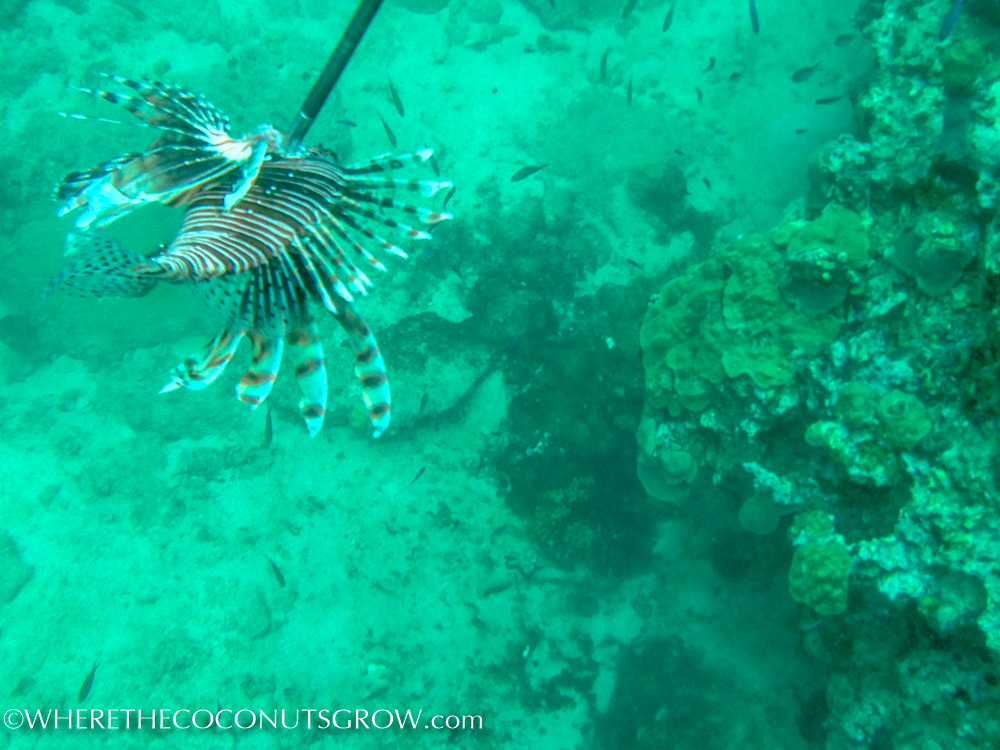 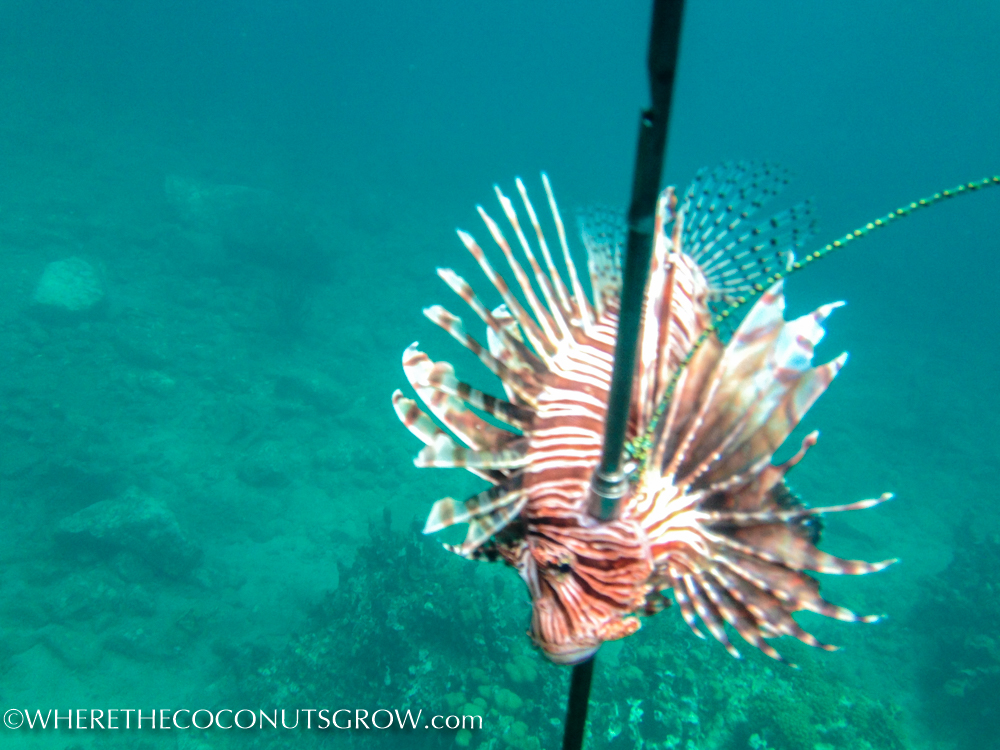 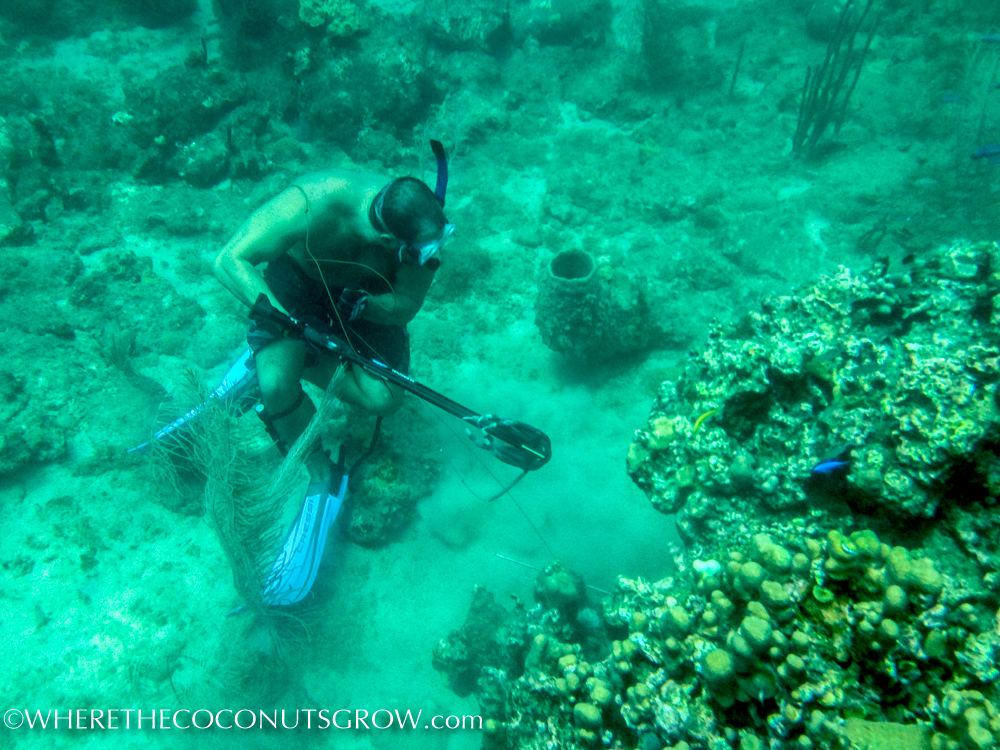 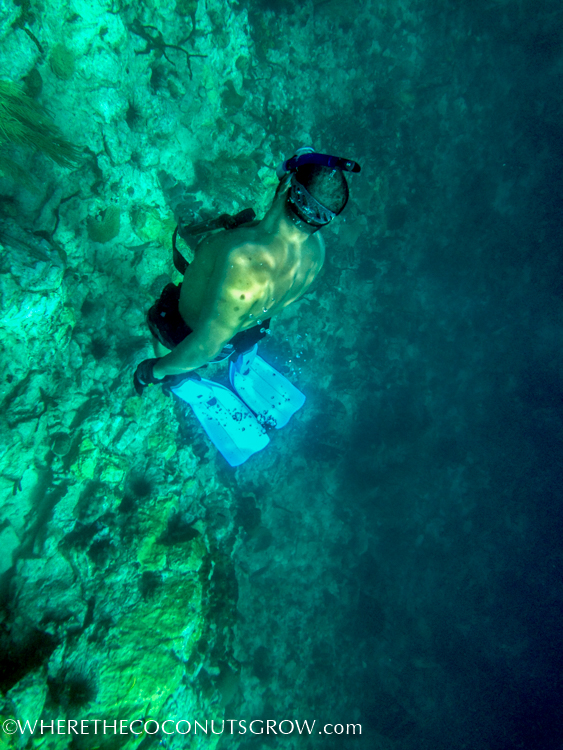 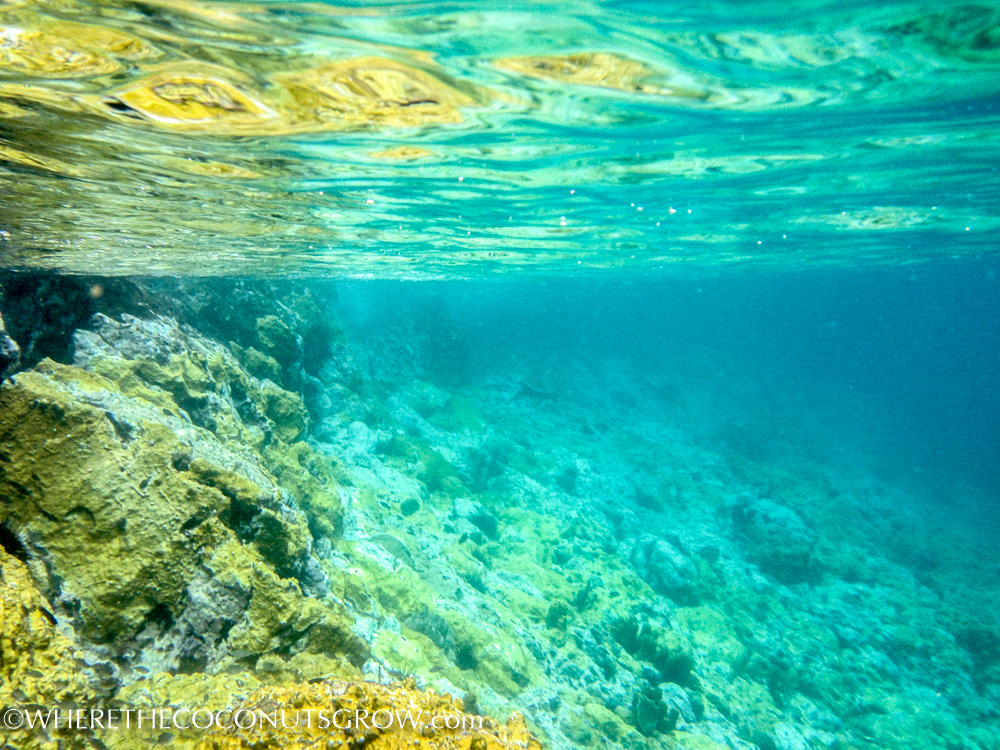 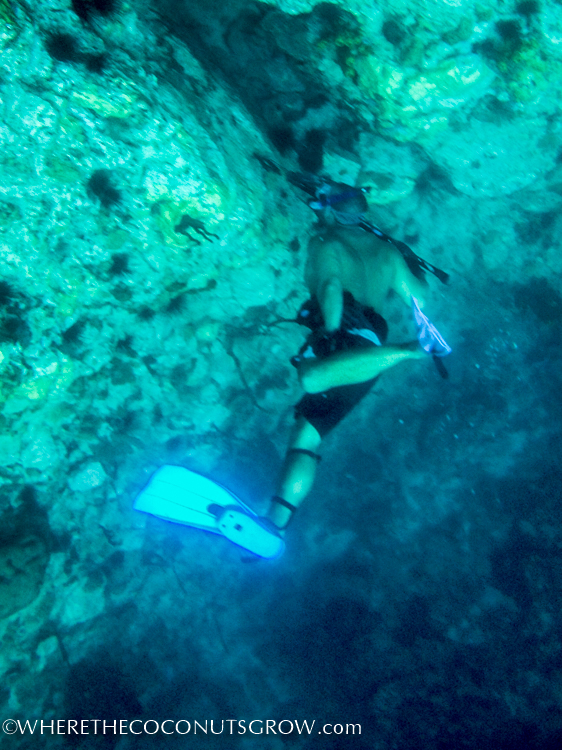 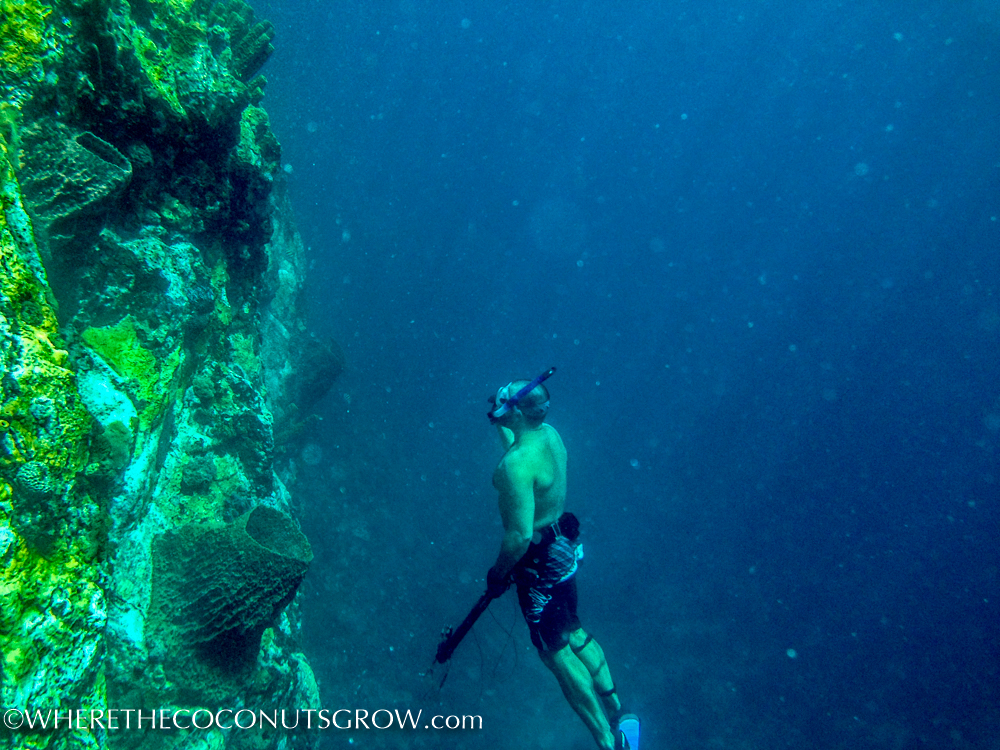 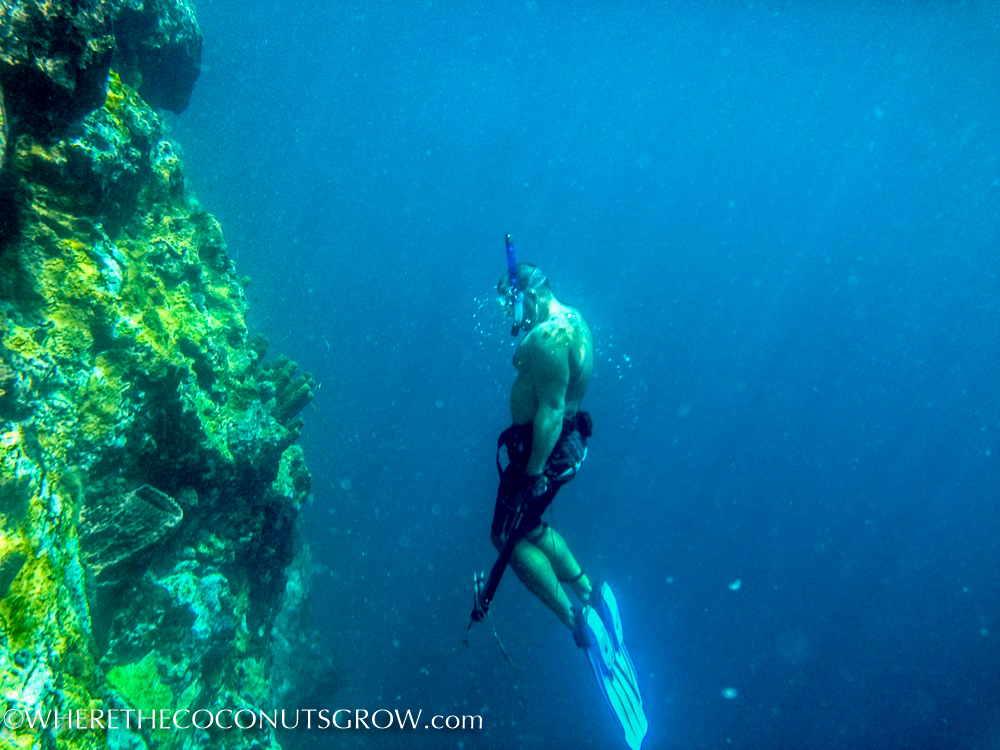 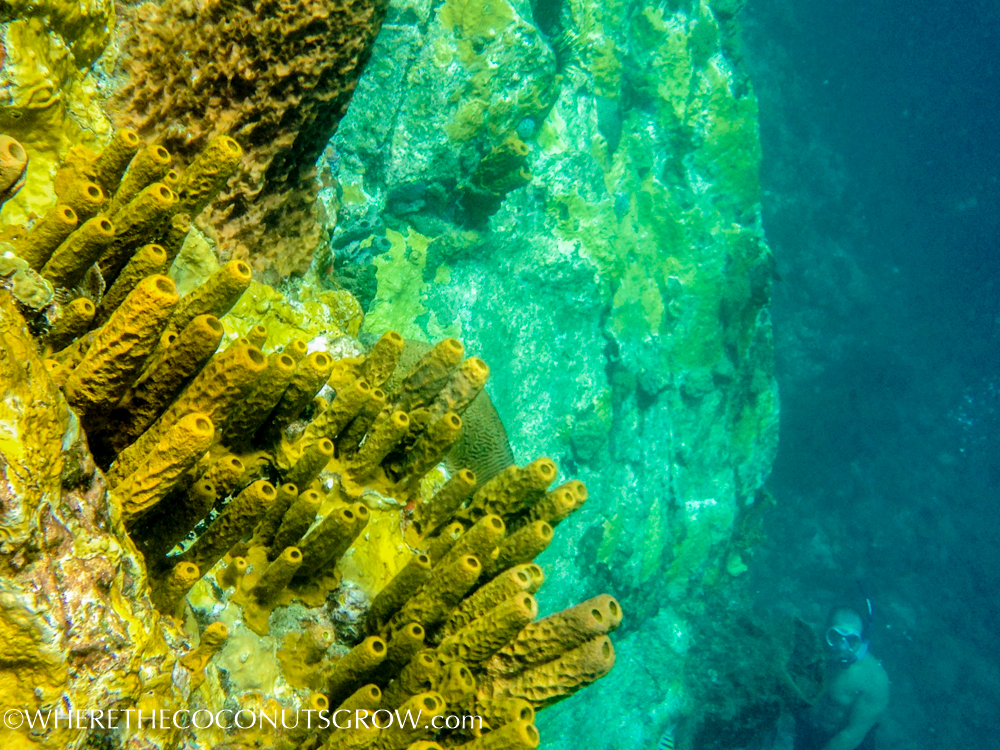 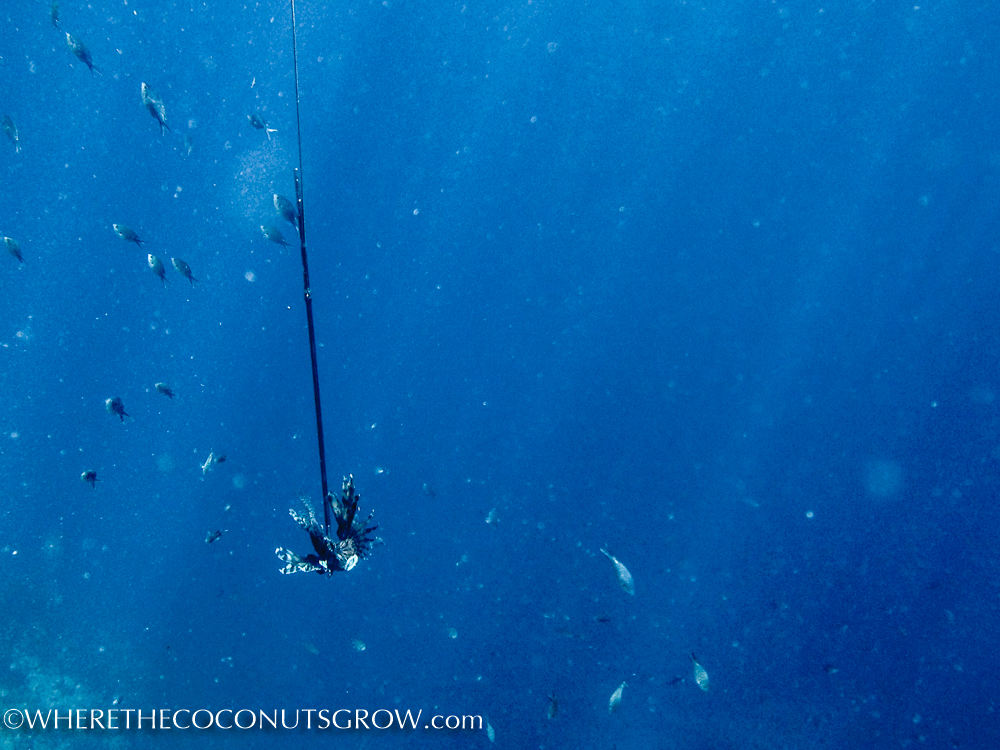 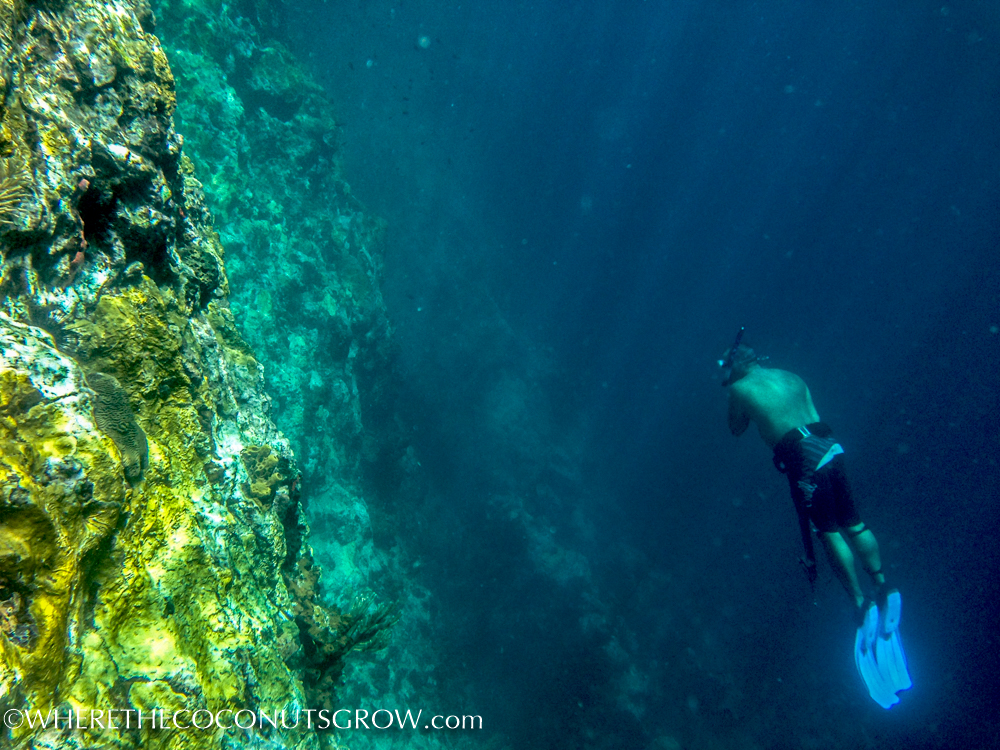 Here are two videos we managed to capture on our iPhone 5 in an Otterbox Preserver case:

Peter was happy to get some spearfishing in while doing his part to help eliminate this terribly invasive species. For more information on this serious Lionfish problem click <HERE>.

Have you ever tasted Lionfish before? What did you think?