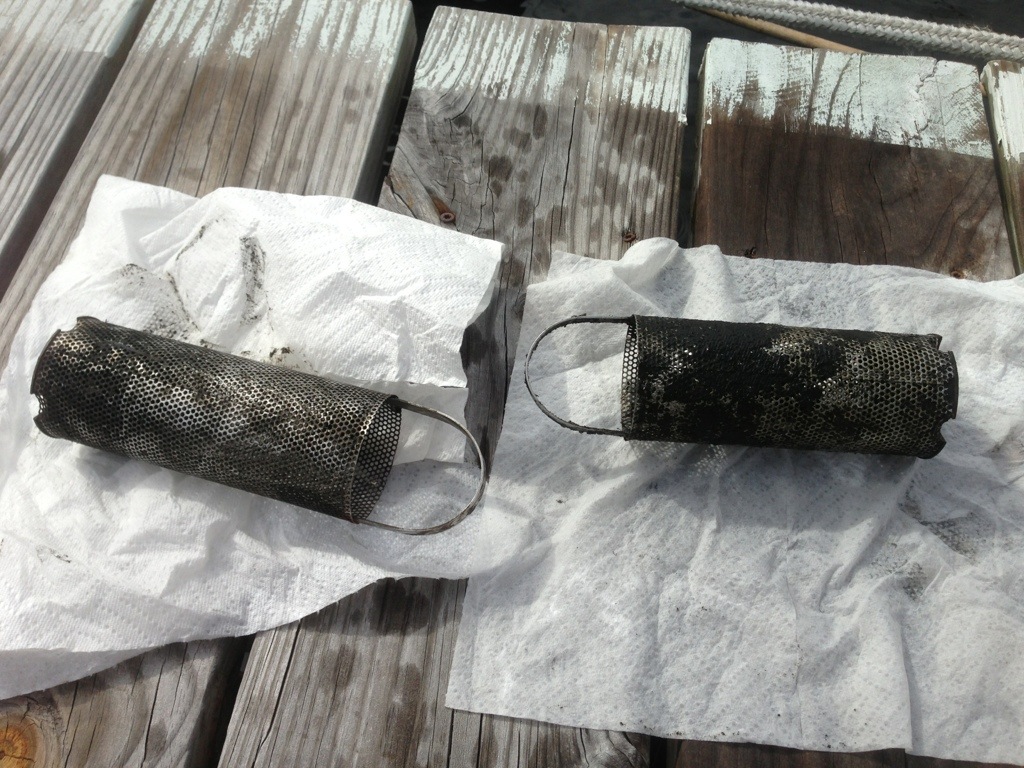 Our marina is beautiful, but there is no denying that the water here in western Florida is just an icky shade of murky brown. There is a ridiculous amount of sea life and barnacles and when you combine that with the warmth you get a frequent need to inspect and clean everything that is exposed to the water. We left our dinghy in the water for just two days and it had a healthy coating of algae started on the bottom!

When sea life is left stagnant (for example in the plumbing lines to the heads before we arrived at the boat in late September) it can create an awful stink. We thought we did a pretty thorough job cleaning out the lines but the stink just never quite left all the way. Remembering the seastainers hadn’t been cleaned in a long time, they quickly became our prime suspects.

First step, close the thruhulls!! This was a no brainer but could have easily been forgotten as neither of us have much experience with maintenance on a boat. We were kind of prepared and had a huge wad of paper towels underneath each strainer before unscrewing the wingnuts on the strainer but neither of us were prepared for how gross the inside of it was going to smell.

Sure enough, they were totally gross!! After cleaning up the overflowing seawater mess in the bilge, we pulled the first strainer out and it was coated black. This one was for the main engine intake. We pulled out the second one, which filters water for the generator, air conditioning and aft head, and it wasn’t as black but it smelled 10 times worse!! We used a small hand pump from Wal-Mart to suck out the rest of the nasty stinky seawater from the glass cylinder and got it outside in a hurry. 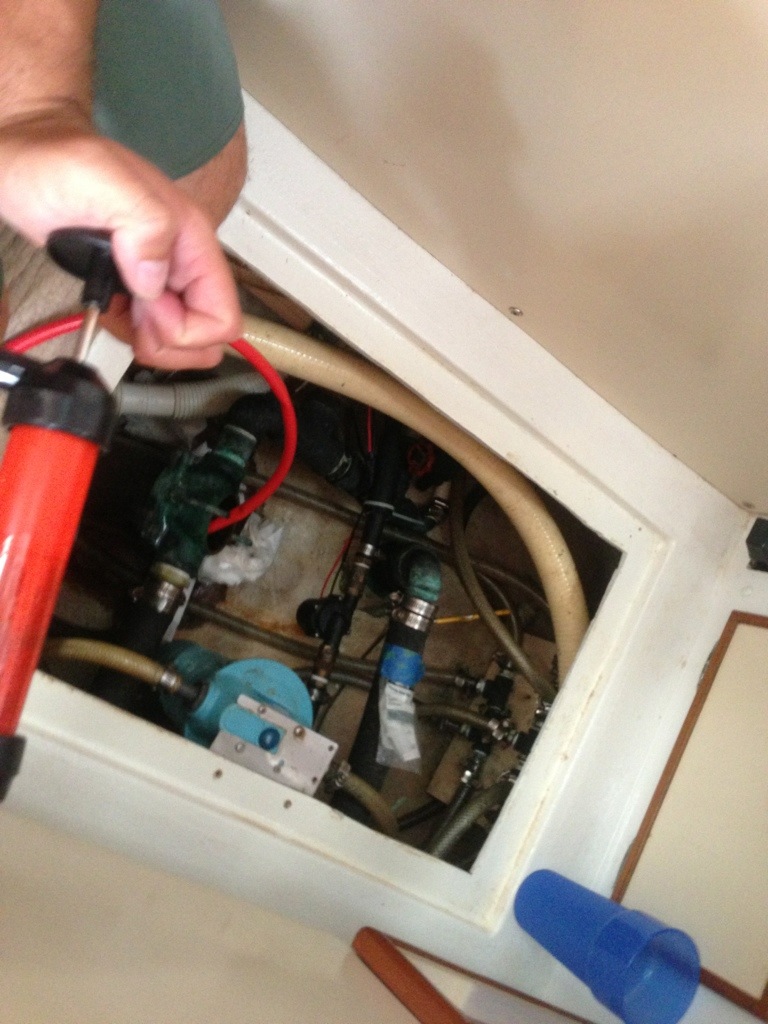 Upon closer inspection on the dock, our two seastrainers had tiny little clusters of shells and barnacles growing inside them. Maybe a common occurrence for seasoned cruisers but it sure was fascinating to us!! A little scrubbing with a metal brush and some pressurized hose water did the trick. All shiny and new again! Well, not really new, they are starting to get holes in them so next time we clean them we will put in new ones. But for today, it’s good enough :)

Another first for us in learning how to keep our Mary Christine in ship-shape!! 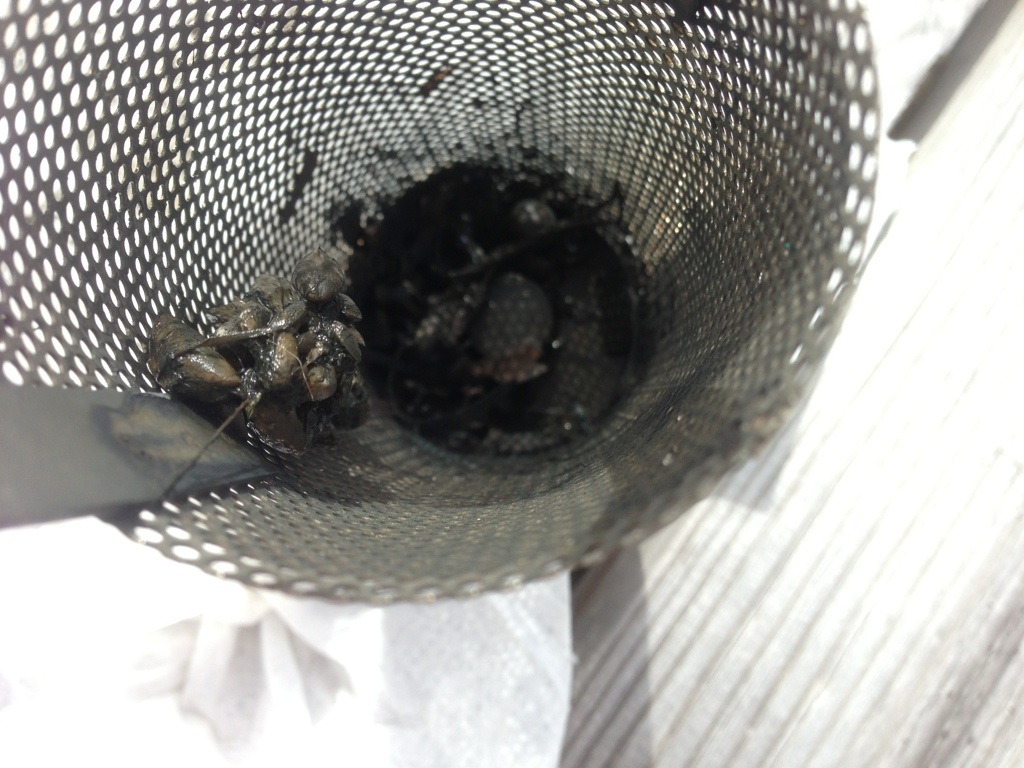 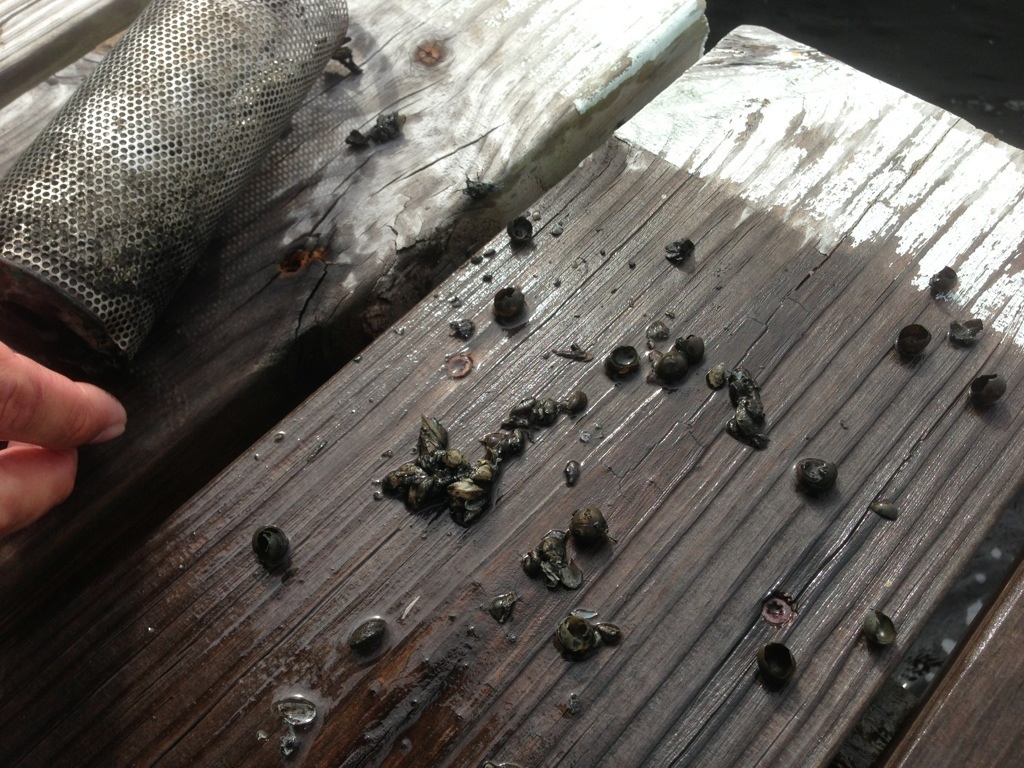