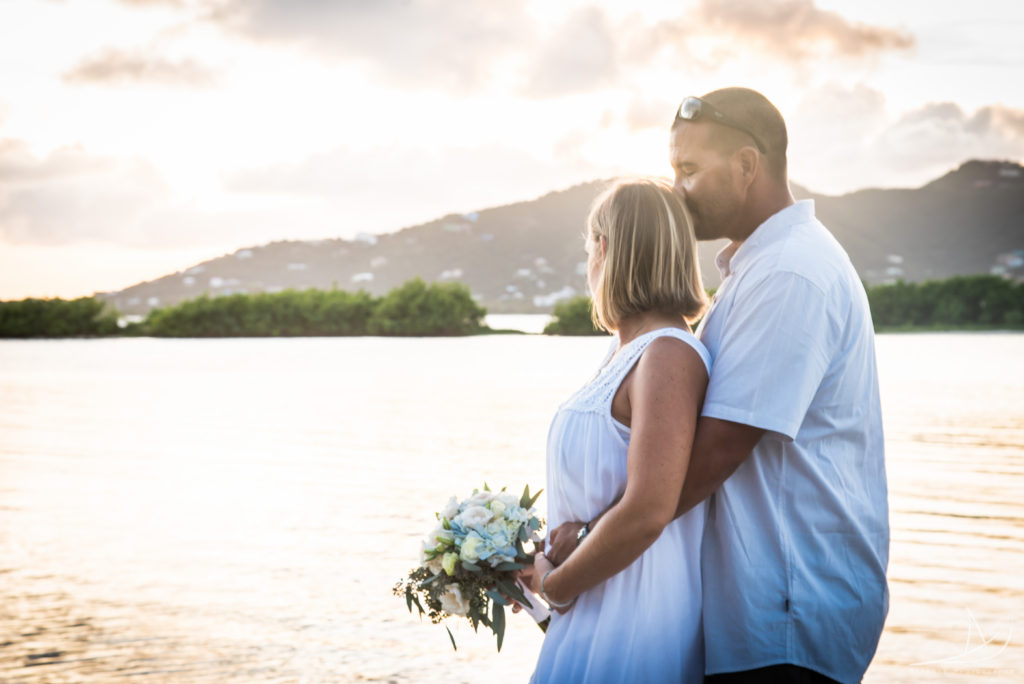 The end of June is fast approaching and our little boy is going to be here before we know it! It’s not surprising that we’ve received a lot of questions and comments from friends, family and charter guests over the last 6-7 months like…

“Aren’t you afraid of getting Zika?”

“Are there good doctors in BVI?”

“Are you going to move to land?”

We’ve answered these same questions and others a gazillion times already so I thought it was about time I post our answers here.

Getting pregnant while living in an area with active Zika transmission:

Literally at the exact same time we finally decided we were ready to have a baby, the entire world was being flooded with fear about the mosquito-borne Zika Virus and the resulting birth defects it can supposedly cause. The epidemic is not a new one, yet since 2015 began to spread like wildfire across large regions – predominately those home to the Aedes Aegypti mosquito. The entire Caribbean is smack dab in the middle of this mess with some of the highest rates of Zika Virus transmission. For those of you living in the States or that are not in the baby-making age range, it may be an “out of sight, out of mind” topic that you haven’t paid much attention to. News agencies have virtually stopped reporting about it after the initial outburst, but it doesn’t mean that the problem has gone away. For us, it’s a very scary reality.

Peter and I had some big decisions to make. He was 37 and I was 33 at the time and it could be years before the entire world learns enough information about Zika to even begin to disspell any fears let alone develop and approve any vaccines to prevent birth defects in pregnancies. At this stage, it’s not even scientifically proven that Zika alone is the cause of the rise of the birth defects that have been surfacing. The scariest part is that the umbrella term that’s being called “Congenital Zika Syndrome” is much more complicated than just Microcephaly. It can supposedly and potentially present years after a baby is born to a Zika-infected pregnant mother in additional forms such as hearing, vision, and motor problems as well as other neurological disabilities.

The longer we wait (which could be an indefinite amount of time), the greater the chance we would also have of a multitude of age-related high risk pregnancy factors. If we wait too long, maybe we won’t be able to get pregnant. If we wait too long, maybe we would be faced with other birth defects. I know the ‘What If’ game is a terrible thing to do to yourself but it just happens. What if we don’t get Zika? What if our baby is totally healthy? It’s an incredibly personal decision to make and Peter and I had to weigh a lot of factors before we finally agreed on one.

We were both working at the time and could not afford to quit our jobs, leave our boat and all our worldly belongings in the Caribbean to fly back to the states, live with family and have a baby. It just wasn’t a good choice for us. After deciding we were not going to run away from Zika, (I mean, its being transmitted in the States too,) we had two options. Try to get pregnant while living in the Caribbean, or wait a few years and potentially not be able to get pregnant at all.

We chose to take a chance and not wait.

Now I know some of you might disagree with the choice we made or our reasoning behind it. But that’s just it – it was our choice, not yours. Just as it’s impossible to try to put yourself in someone else’s shoes when it comes to decisions like this, it’s impossible to ever really understand unless you are or have been in their shoes. So please, spare us any negative comments.

What I’ve found in my own research:

The most frustrating part so far has been how hard it is to get the proper testing in a country with active Zika transmission.

There are several different tests for Zika. The two most common tests are:

I made the mistake of assuming that both tests were available here in BVI. When I first went in for testing in January 2017 to see if I had contracted Zika during the previous 12 weeks of my first trimester, the lab took it upon themselves to order the wrong test. I had to pay my co-pay, then wait two weeks for the result, only to read on the report that the RT-PCR test was negative for the past 7 days. WTF? Seriously? It was supposed to be the IgM Antibody test!

After several very upset phone calls to my doctor, the Medicure lab and the National Health Insurance office, I was getting nowhere.  I marched into the lab and demanded a meeting with the manager who informed me they only offer the PCR test and that apparently I was the “first person in all of BVI to request the IgM Antibody test.” Furthermore, it was only recently made available within the last two weeks. He then informed me I would need a new lab order form signed again by my doctor with specific “Zika IgM Antibody” verbiage on it, not “Zika Serology” as was written before. Once they received the new order signed by my doctor the lab would need to submit the request to NHI for approval before sending out my new blood sample to Quest Diagnostics in Puerto Rico for another two week processing period. This time my cost (including a substantial lab markup and minimal insurance co-pay) would be $154 instead of the $18.50 I paid for their mistake the first time. Neither my doctor, the lab or the National Health Insurance owned up to their appalling mistake, nor did any of them accept my demand to reimburse me for the cost of the first test. Pick your battles I guess… At least I finally got the right test processed and it came back negative. A negative test for the first trimester was a huge relief. To this day, I still don’t understand how I apparently know more about all of this than any medical professional in the entire country.

The drama continued when I went in for my second IgM Antibody test to cover the previous 12 weeks of my second trimester. A manager at NHI promised it would only take two days to process the approval yet instead it took two weeks (including two weekends and two BVI holidays) before I could get anyone to do their job. I had to personally notify the lab that the approval was now processed and that someone there needed to do their job. Long story short, I was finally able to pay the obnoxious fee and eventually had the results in my hand. Yet again, I was incredibly relieved to see that my results were negative for the 2nd Trimester as well. If I weren’t pregnant it wouldn’t be such a concern but the peace of mind of knowing that I in fact did not contract Zika during my first two trimesters is a big deal to me.

Clearly, the correct Zika testing is NOT happening here in the British Virgin Islands, therefore any statistics that may be available for reported Zika cases (at least in BVI) are grossly incorrect. Do I expect to see this change? Not at all. It’s just how it goes here in the Islands.

What can I do in the meantime? 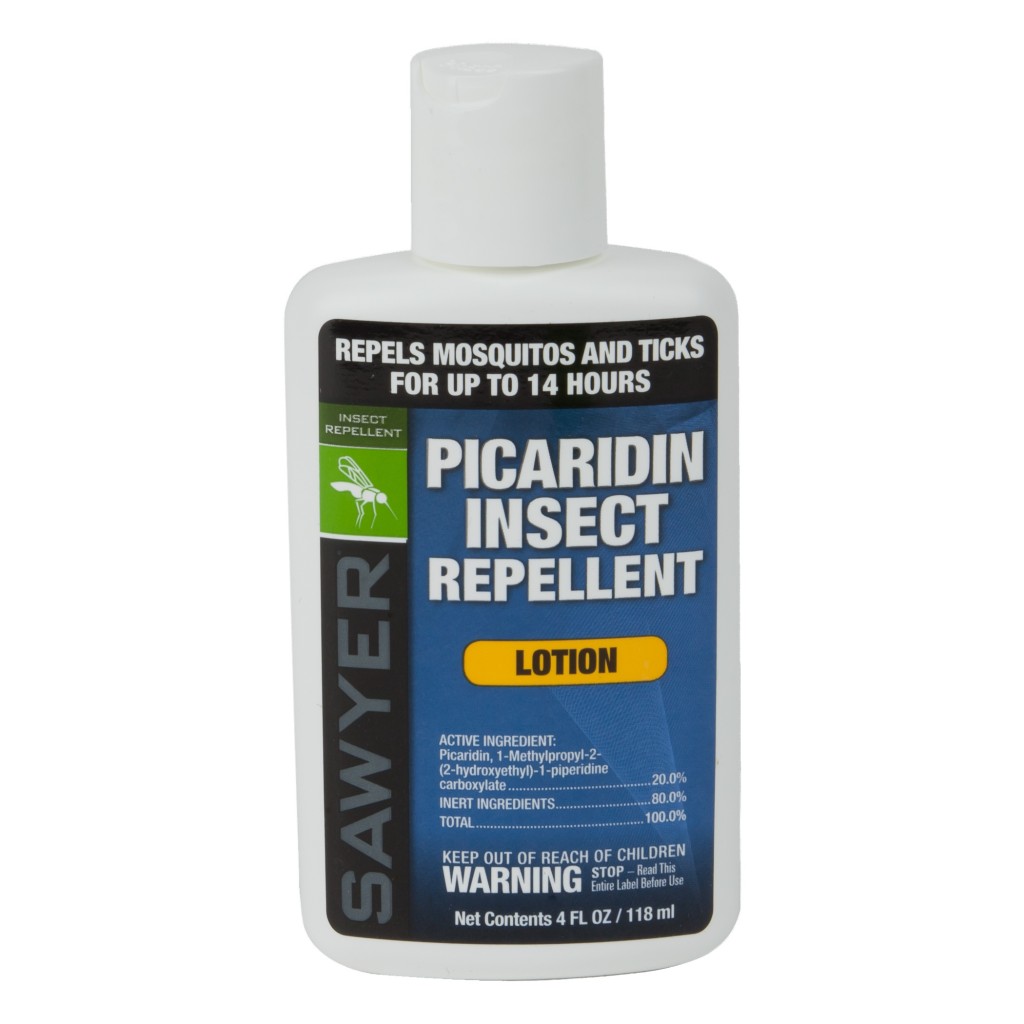 Avoid getting bit by mosquitoes. That’s it. Luckily they don’t usually fly out to our boat in the anchorage but if we are anywhere on land there are usually hungry mosquitoes nearby.

Fun fact: Did you know that only females bite? They require a blood meal before laying eggs. The type of mosquito that carries Zika has a vicious life cycle that is nearly impossible to stop since laid eggs can survive for sometimes more than a year on a dry surface until they are submerged in water.

Consumer Reports issued a list of ratings on several brands of mosquito repellents. The top 5 for effectiveness against the Aedes mosquito (the one that carries Zika) for the longest amount of time are in order as follows:

Fun fact: Picaridin does not melt plastics, whereas DEET will destroy all plastic surfaces (ie. add fingerprints to your favorite sunglasses or put slightly melted permanent streaks on any plastic surface you touch.)

If you’re like me and are hesitant on the safety of slathering DEET and other chemicals on your skin while pregnant, you might be interested to know that coconut oil with 20-30 drops of a citrus smelling essential oil has been very effective for me, even when I had to be in a small space with literally dozens of mosquitoes flying around my legs. I personally prefer orange and grapefruit over lemon and citronella. A study I found shows that clove is the most effective against the Aedes mosquitoes but clove is not safe for use during pregnancy and I really didn’t like the smell either. Another factor to consider is the photosensitivity of citrus oils – a concern for me since it’s very sunny here. The mixture has to be reapplied every hour or two but does work well as long as you don’t miss a spot.

Are there good Doctors in BVI?

Well, when it comes to concerns about Zika, apparently the medical community here is farther behind on their research than I am. That does not make me feel very comfortable given the fact that I’m choosing to give birth to my baby in the Caribbean. I doubt that fetal brain scans after birth are available here, let alone part of any Congenital Zika Syndrome screening that is consistent with what’s being done in the United States. I keep telling myself that babies are born all over the world. I believe everything will be just fine. As I mentioned in the beginning, the decision to stay here instead of going back to the States was a very personal decision and one that we made together. In the event that we need care that cannot be provided here, we of course would do whatever needs to be done to get the care our family needs.

For now, we plan to keep living on our boat indefinitely – or at least until it’s not fun anymore :)

**Disclaimer: The information provided on this website or in this post is solely based on my personal experience and opinion and is not intended to be used as a substitute for professional medical advice. By reading about or purchasing any products described on this website or in this post, you are acknowledging that you take full responsibility for your health, life and well-being as well as the health, lives and well-being of your family and children (where applicable), and for all decisions made by you now and in the future.